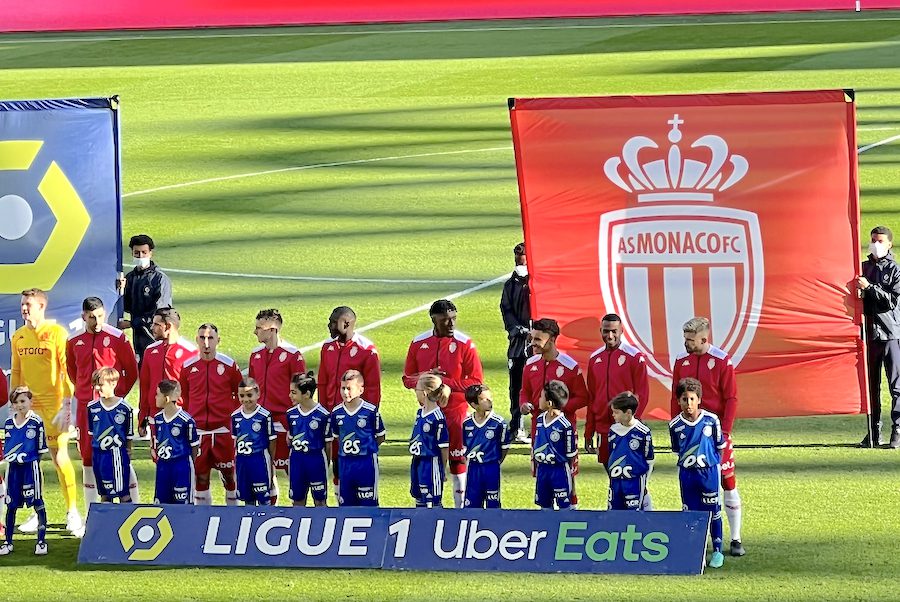 AS Monaco couldn’t back-up their midweek triumph against Real Sociedad on Sunday, as Nico Kovac’s men only managed a draw against fellow mid-table side Strasbourg, which saw them slip further adrift of the European places.
Kovac has previously questioned his players’ motivation in Ligue 1 fixtures, but this wasn’t evident in the opening stages of this fixture. Deploying a 4-4-2, AS Monaco got a lot of joy down the wings, especially down the left-wing where Ruben Aguilar and Aleksandr Golovin were producing nice combinations and providing lots of dangerous crosses.
One such cross from Aguilar found Wissam Ben Yedder in the box, who did well to control and get off a shot, which hit the inside of the post and rolled agonisingly along the line before being cleared. AS Monaco continued to dominate proceedings, and were disappointed not to receive a penalty as the ball seemingly struck the arm of a Strasbourg player in the box; to the dismay of the 3,500 strong crowd, VAR didn’t overturn the decision.
Monaco did, however, get the reward for their hard work just before the break. Kevin Volland was brought down in the box and Ben Yedder confidently converted the penalty to put the Principality side ahead on the stroke of half-time.
All of that hard work was, however, undone in an instant. Only seconds into the second-half, ex-Strasbourg player Youssouf Fofana did his former club a favour and brought down Ludovic Ajorque in the box to give the away side an unlikely route back unto the match. Ajorque then stepped up to take the penalty, and sent Aleksandr Nübel the wrong way. 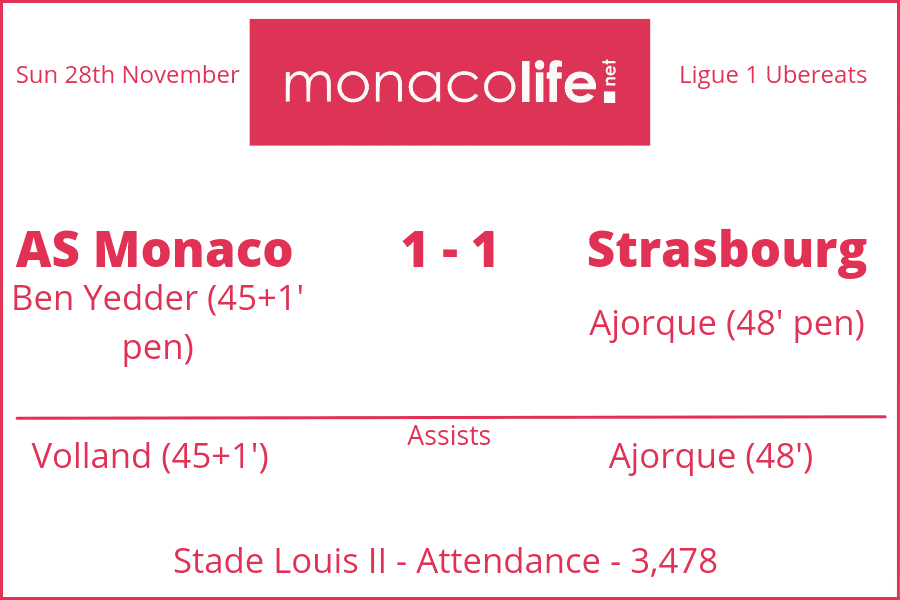 What ensued was a disappointing, frustrating half of football as, despite a formation change and multiple substitutions, Kovac’s men failed to create any clear-cut opportunities to get back in-front. Volland, however, should have done better when he found himself unmarked on the edge of the box, but could only shoot tamely into the arms of Matz Sels in the Strasbourg goal. It was the shot of a striker low on confidence, and his lack of efficiency, coupled with his inability to hold the ball up, began to frustrate the home crowd, which was becoming increasingly restless as the half wore-on.
Despite their creative deficiencies, AS Monaco did muster one final opportunity. Myron Boadu, on as a substitute, found himself unmarked six yards out, but his volley, which was ultimately the final kick off the game, flew agonisingly wide. Cue the final whistle, accompanied by a chorus of boos from the dissatisfied Monaco faithful.
Kovac didn’t hide his disappointment post-match. “We weren’t at the level that we recorded three days ago against Real Sociedad… Overall, it wasn’t enough today, but the Angers match is coming up quickly, and we’ll have a new opportunity to do better.”
Kovac will be hoping for a victory away at Angers on Wednesday, which could ignite their stuttering league season, and help them close the gap on the European places.