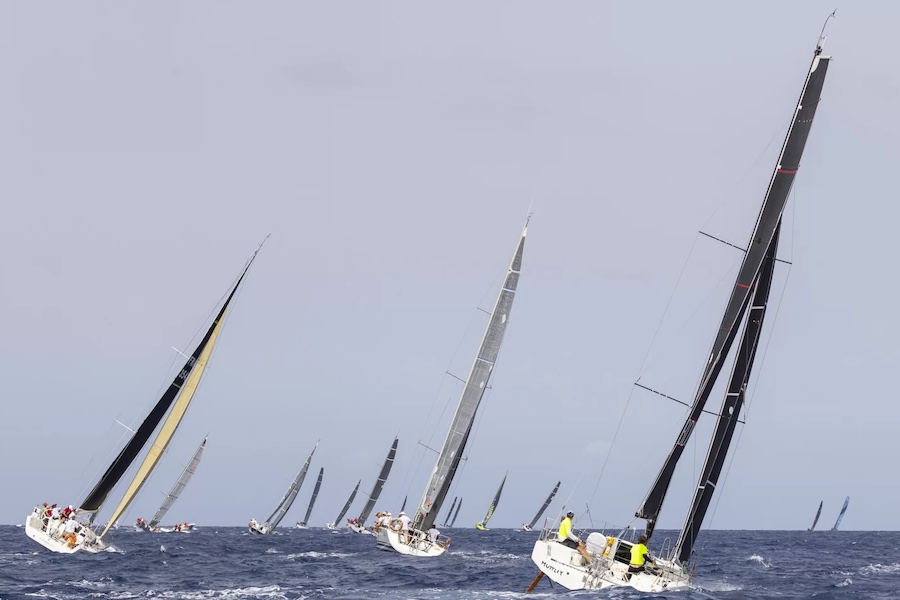 The 17th edition of the Palermo-Montecarlo regatta has ended, and after a voyage filled with rough seas and difficult wind conditions, it was the Lady First III who took the cup.

This year’s Palermo-Montecarlo sailing race pulled in 40 teams from nine countries and drew big crowds in the process.

“Wind and sea conditions were quite difficult this year, which made it all the more exciting,” said a delighted Agostino Randazzo, President of Circolo della Vela Sicilia.

Despite the challenging environment, the racers all left from the Gulf of Mondello in high spirits, but it was to be Jean-Pierre Dreau’s Lady First III helmed by Nicolas Berenger who would cross the finish first on Sunday evening at 11:47pm after 2 days 11 hours 47 minutes 6 seconds of sailing, winning the Giuseppe Tasca d’Almerita Trophy for the first to finish in real time.

“Everything went well,” said skipper Berenger, “we had quite tough conditions for the first part of the course, crossing the Maddalena Archipelago then the Strait of Bonifacio and then managed to escape the whims of the Corsican coast to end on a good crossing from there to the continent, with the wind pushing us along in the right direction. Despite the last 25 miles being difficult, we managed to stay ahead of our rivals.”

In a close second was Dominique Tian’s Tonnere de Glen, though confusingly, after a real time correction, they were first, and therefore winners of the Angelo Randazzo Perpetual Challenge Trophy for the second time after victory in 2018.

“Our crew sailed really well. We are very happy with the results, particularly as it was not an easy race,” said Dominique Tian, who good-naturedly went on to say, “I’m delighted Lady First III took line honours. We are friends and mates at the Marseille Société Nautique, so I’m very happy for them.”

Another prize offered at this race was the newly minted Circolo della Vela Sicilia Trophy which rewards the first in the overall ranking of the ORC group and was won by the Sun Fast 3600 Lunatika of Guido Baroni and Alessandro Miglietti.

Monaco had two boats in the running this year, including Andrea Statari’s Gorilla Gang, K’Mena and Andreas Feichtinger’s Lung’Ta which had two young members from the YCM’s Sports Section on board, and Oscar Royneau and Jessica Klimeck, supervised by YCM’s Thierry Leret.

“They were great throughout,” said Thierry Leret. “Over the 10 days spent at sea (between delivery and the race itself), we had only three hours downwind. The rest of the time we were close-hauled and in some very tough conditions. Despite that, these two young rookies have fallen in love with offshore racing and want to continue on this path which is a victory in my eyes.”