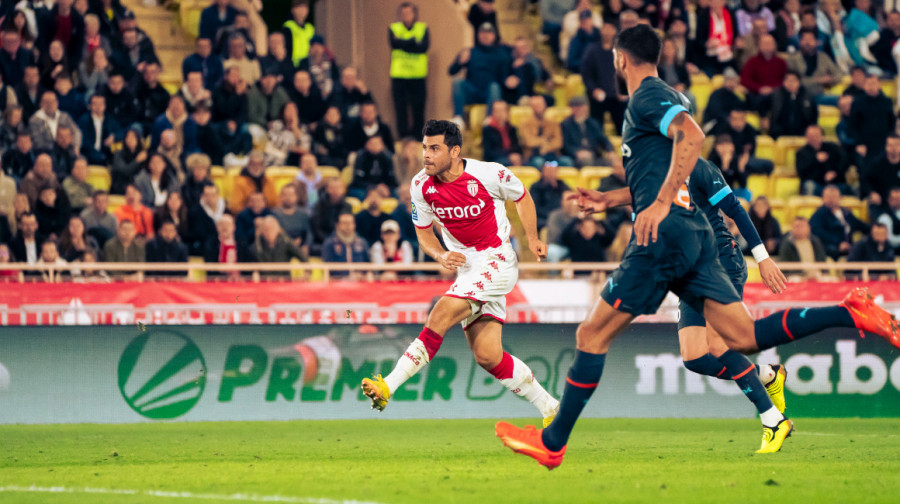 Sead Kolasinac scored a 98th-minute winner to break Monaco hearts at the Stade Louis II on Sunday (2-3) as Philippe Clement’s men head into the World Cup break on a sour note.

A win for Monaco would have seen them move into the top four, and for a large part of the match, they looked on course to do so, but a late collapse sees them drop to sixth.

AS Monaco’s supporters’ groups packed the stands of the Louis II on Sunday evening, whilst thousands of Marseille fans joined in to create a fantastic atmosphere.

The away side started the brighter and should have taken the lead. Nuno Tavares, Mattéo Guendouzi and Samuel Gigot all missed glaring chances early-on. Marseille did eventually take the lead through a sumptuous Alexis Sanchez free-kick.

However, Monaco hit back before the break. Krépin Diatta was brought down inside the box and Wissam Ben Yedder stepped up and calmly slotted a panenka penalty past Anthony Lopes to level the scores.

Monaco then carried their momentum in the second half, and they went ahead through Kevin Volland, who was slotted through on goal by Aleksandr Golovin. But the pendulum swung again the final stages.

Jordan Veretout showed some nimble footwork inside the box before blasting past Alexander Nübel to level the scores. Both sides then went for the win. As a result of a horrible injury to Amine Harit, there was a lengthy amount of stoppage time, and with the final kick of the game, Marseille broke Monaco hearts.

Dimitri Payet’s in-swinging cross was met by Kolasinac, with the glancing header making its way past Nübel and into the back of the net.

“The outcome was cruel… In the end, I am disappointed because my players didn’t get the result they deserved tonight,” said Clement.

“Honestly, the foul was very slight. In any case, if this action deserved a foul, we must call for 100 like that per game. I am very disappointed, like my players,” he said.

The Frenchman showed a good reaction to being left out of Didier Deschamps’ World Cup squad. If Monaco are to reach their objectives this season, they will need a fully-firing Ben Yedder and one that isn’t affected by his World Cup disappointment. His panenka penalty was indicative of a player high on confidence. Perhaps a mid-season break for the 32-year-old striker will be a blessing in disguise for the former Sevilla man.

Monaco now goes into hibernation before returning to competitive action against Auxerre on 28th December.