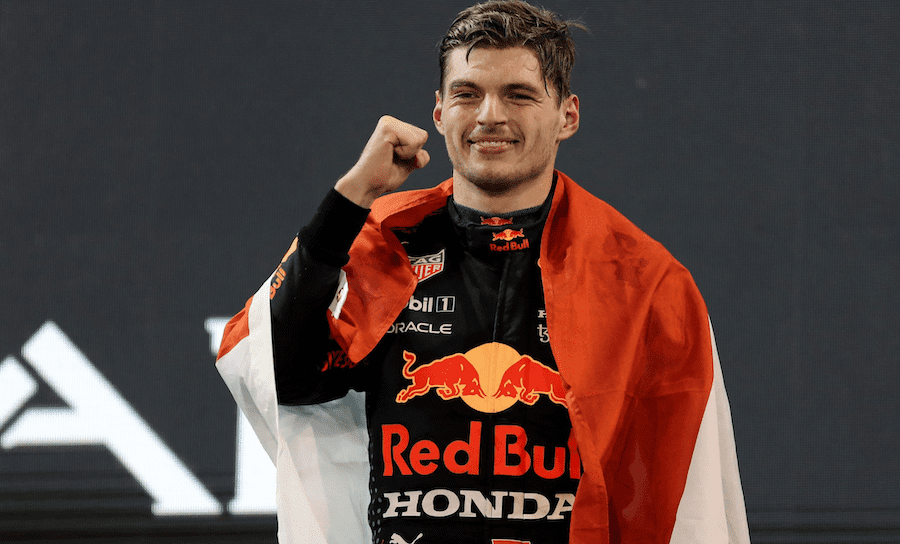 A final lap overtake saw Max Verstappen steal the drivers title from the clutches of Lewis Hamilton in dramatic and controversial circumstances at Sunday’s Abu Dhabi Grand Prix.
Verstappen went into the race level on points with his rival. But having claimed pole position in Saturday’s qualifying session, the race seemed to be getting away from the Dutch driver after Hamilton got a better launch and took the lead at the first corner.
The Mercedes, with their superior pace, managed to eke out a lead over Verstappen despite the Dutchman being on the supposedly quicker soft tyres.
Hamilton, having grown enough of an advantage, nullified the effect of Verstappen’s undercut, but Sergio Perez in the other Red Bull managed to hold up the charging Hamilton to allow Verstappen to catch up.
From that point, Hamilton once more grew a lead, and with only a matter of laps remaining the title seemed wrapped up, prompting Red Bull team boss Christian Horner to declare,“We need a miracle.”
That is exactly what Red Bull got. With only five laps remaining, a Nicolas Latifi spin brought out the safety car, prompting Verstappen to fit a fresh set of soft tyres, whilst Hamilton, unwilling to give up track position, stayed out on his old set of hards.
Hamilton and Verstappen looked set to battle it out one final time, in what was to be a grandstand finish to a 2021 season that has failed to separate the two greats. The FIA, however, had other plans, as they originally decided against allowing the lapped cars, which separated the title rivals, through. But a last-second, controversial change of heart allowed them to pass, leaving just inches between Hamilton and Verstappen as they began a one-lap sprint on the final lap of the season.
Verstappen on his fresher tyres, threw his car down the inside of turn seven in a gutsy, audacious move, which gave him the lead going into the kilometre-long straight. A combination of the Red Bull’s pace on the fresh tyres, and some aggressive defence from Verstappen, allowed the Dutchman to stay ahead.
Verstappen took the chequered flag to win his maiden F1 world championship, when only laps earlier, Hamilton looked to have pocketed his eighth world championship. The contrast of emotions couldn’t have been clearer. Verstappen was ecstatic as he was joined by his crew in the celebrations. Hamilton was disconsolate, opting to stay in his car for several minutes as he dwelt over the chaotic final moments, which turned the championship on its head.
The drama didn’t stop there. Mercedes lodged an appeal post-race, contesting the race result on the two grounds. Firstly, that Verstappen overtook Hamilton under the safety car, and the second, a complaint regarding the FIA’s implementation of the rules under the safety car. The appeals were ultimately rejected, and the result stood.
Having secured his first championship, Verstappen is now looking to emulate his title rival in becoming a serial winner. “I’m so happy. Our goal was to win this championship when we came together and we have done that… I hope we can do this for 10, 15 years together.”