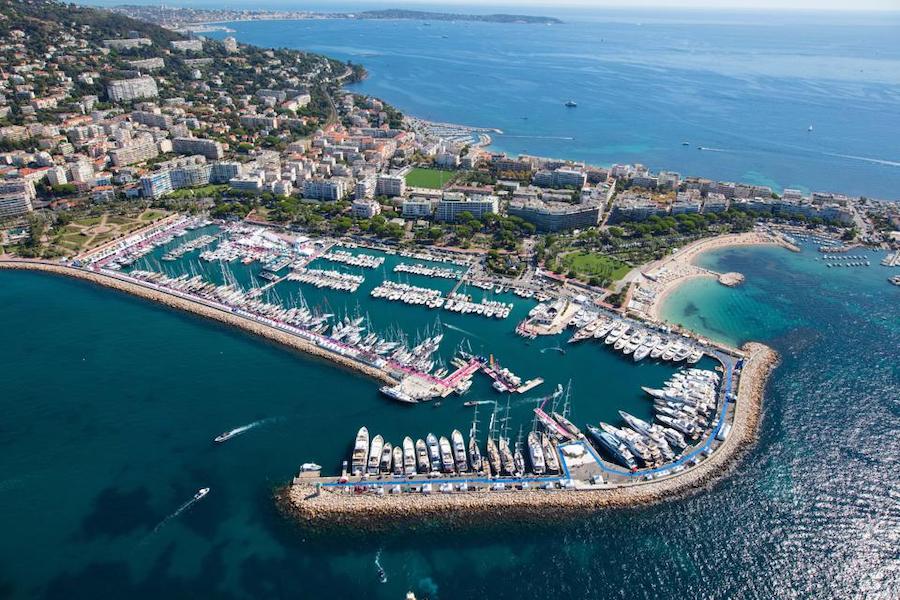 Organisers of the Cannes Yachting Festival say they are shocked at the local prefect’s decision to cancel the event, just two weeks before it was due to go ahead.
In a disappointing, though not wholly unexpected, turn of events, the Cannes Yachting Festival has been cancelled due to health concerns and the growing number of coronavirus cases in France.
In a statement released by Reed Expositions on the weekend, festival organisers confirmed a rumour that had began circulating on Friday. “It is with our greatest regret and with some misunderstanding that we are forced to announce the cancellation of the Yachting Festival 2020.”
Show Director Sylvie Arnoult had only days earlier confirmed the show, saying she was excitedly preparing for its guests and exhibitors.
For many months, the Yachting Festival team had worked to create the conditions required to be able to open the show, creating – among other measures – a rigorous health protocol.
But on 11th August, the French government decided to extend a ban on mass gatherings of 5,000 people or more until 30th October. Local authorities are able to request an exemption to the ban and despite such a request, the prefect of the Alpes-Maritimes, the only official empowered to ultimately rule, decided on Thursday 20th August not to grant the dispensation that would have allowed the Cannes Yachting Festival to go ahead.
“This decision is a huge disappointment for the entire nautical industry, with exhibitors in the lead, the City of Cannes and its professionals, the show’s service providers and the Reed team, who have worked together relentlessly for months to prepare the 2020 edition in the best possible conditions taking into account the context,” said Ms Arnoult. “The implementation of the health protocol that we drew up, certified by APAVE and recognised as completely satisfactory by the prefecture’s services and the Regional Health Authority (ARS), would have made the 2020 Yachting Festival one of the safest events in terms of health in France. Also, it is with great surprise and incomprehension that we take note of the prefect’s decision.”
The Monaco Yacht Show 2020, which was due to take place from 23rd to 26th September, was cancelled in late June, despite reassurances from organisers that it too was going ahead as planned.