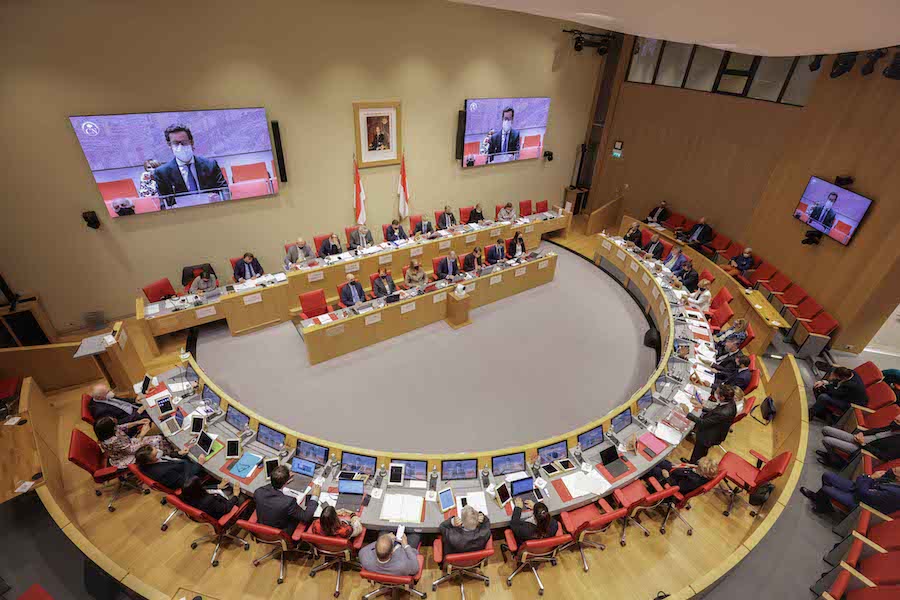 Thursday’s amendment by the National Council to the State’s doom and gloom budget of June shows not the forecasted deficit, but a fairly healthy one that is nearly balanced.

Monaco’s fiscal future is looking far brighter than had been anticipated back in June, when the first version of the 2021 budget was revealed showing a deficit of €71.5 million.

The National Council meeting held on Thursday evening disclosed the latest figures, which gave a rosier picture than previously imagined. Compared to the original budget, revenues are up €249.4 million on the year, a +17% increase, and despite expenditures of €143.7million, the budget has a manageable €8.8 million total shortfall.

Even this amount may not give the full picture, though. National Council President Stephane Valeri said in his speech to the Council: “Today we are at only about eight million, which, with close to nine million added to a special treasury account, ultimately represents a 2021 budget in balance.

The significant readjustment is attributed to strong growth in activity during the summer months. Value Added Tax (VAT) revenue saw a revised increase of €145.5 million, with real estate providing €30 million of that figure alone.

An increase in the financial sector also helped with income coming in at €58.1 million more than predicted. This is mainly due to the increase in financial products and securities and income from securities, which were up €41 million and €16.7 million respectively.

Additionally, transfer taxes were up €20 million giving another added boost to the economy.

On the expenditure side, there were also increases. Equipment and investment were revised upwards by €82.3 million. This corresponds in particular to the delivery of a much larger part of the forecourt of the Larvotto complex which came in at €16.7 million, and to an increase in certain posts for Pasteur Island at €12 million.

€10 million each were also earmarked for the finalisation of Cap 2 at Cap Fleuri, for the matching deposit account dedicated to the new hospital construction fund and for additional work at Testimonio II and II bis.

Spending on the public was up by €57.5 million with the health crisis racking up an extra €9.2 million in expenditures alone. Other extra monies were dispersed due to the situations exacerbated by the pandemic and include €27.7 million for the Princess Grace Hospital and related entities, and €8.9 million for the Automobile Club of Monaco for losses at automobile events due to the limitation of the number of spectators.

The country’s special treasury accounts, 12 of which are affected by amending entries, saw their debit balance increase, but only by a small amount, from €184.5 million to €185.5 million. The main increase concerning the CST came from the ‘Covid relaunch plan’ which came in at €22.8 million.