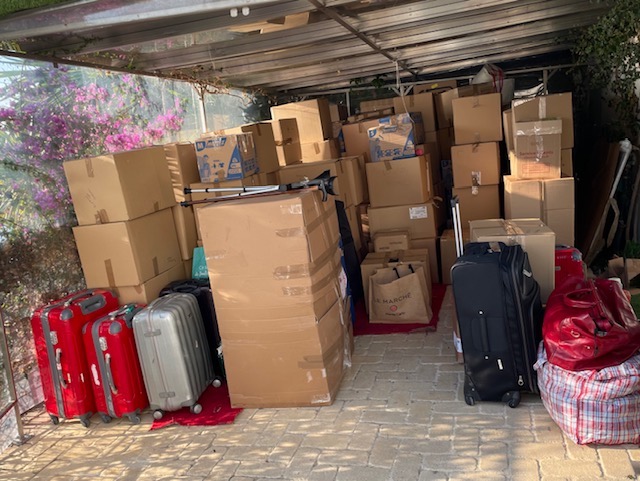 The Monaco Red Cross and some private individuals are still putting out calls for urgently needed supplies to be sent to the refugees of Ukraine. Here’s how you can help and what is needed now.

As the conflict in Ukraine drags out and intensifies, more and more people, 1.5 million so far, are being forced to flee their homes. A large number of those crossing borders into Poland, which is currently hosting the lion’s share, as well as Hungary, Slovakia and other points across Europe, are women and children. Some travel by car, bus or train, others have been forced to walk. It is truly a dire situation, made worse by cold winter temperatures.

There are ways to help those in this trying time get food, clothing and other essentials through organised efforts made here in the Principality.

As ever, the Monaco Red Cross is on the case, and has raised €250,000, including an €80,000 donation made by the organisation itself. The funds raised have been given to the International Committee of the Red Cross (ICRC) and to the International Federation of the Red Cross and Red Crescent (IFRC) to be allocated. The ICRC has been given €150,000 toward emergency relief and the remaining €100,000 went to the IFRC to help refugees.

Additionally, the Monaco Red ross has offered shelter to four families in the Principality who were able to flee the fighting.

To make a donation, please visit the Monaco Red Cross website at www.croix-rouge.mc/faire-un-don/

In addition to the efforts made by the Red Cross, four residents, Gabriella Vogogna, Marcella Kern, and Ian and Ewa Petts, have already sent a truckload of supplies to refugees and are filling up a second.

They are asking for things such as winter clothing, shoes, pillows, blankets, food, toiletries, medicine and anything that may be useful or practical to be brought to the Millefiori building on Rue des Genêts and left with the concierge. The 20m3 truck will depart on 14th March.

The items will be sent to the Polish city of Stalowa Wola where local counsellor Renata Butrym will receive them and distribute them to the refugees. Ms Butrym works for Polish MP Marek Rzasa, who greets the people streaming across the border into the city of Przemsyl.

Much of what is collected will go to those who have made it into Poland, but some will find its way back in Ukraine, where food and medical items are in short supply.

Meanwhile, the Pharmacie de Soleil on Boulevard de la République in Beausoleil is collecting money donations which they will then transfer to medical supplies to be transported to Ukraine.

People are also encouraged to donate mattresses if possible. They can be collected by phoning Zhanna on 0640619755.

Saint Paul’s Church on Avenue Grand Bretagne is still collecting items between the hours of 10am and 4pm ahead of a Friday departure and is asking specifically for baby items such as bottles, formula and nappies.

Photo of the first collection of goods sent to Poland, organised by Gabriella Vogogna, Marcella Kern, and Ian and Ewa Petts