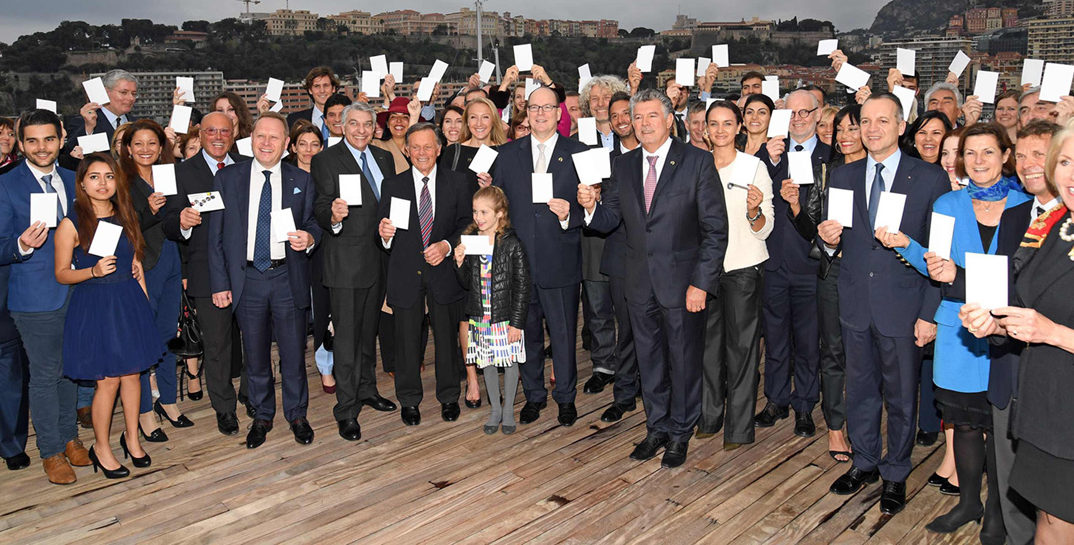 Joël Bouzou, President and Founder of Peace and Sport, launched the #WhiteCard 2017 campaign at the Yacht Club of Monaco in the presence of the Sovereign Prince, the Minister of State, numerous personalities and several great sportsmen including Jean-François Tordo, Paula Radcliffe and Monaco resident, Fiorina Berezovsky of the Monaco Women’s Olympiad Chess Team and youngest champion at Baku 2016.

Prince Albert commented, “In my capacity as Head of State, Olympian, IOC Member, Patron of Peace and Sport and the World Association of Olympians, I welcome this initiative, which is naturally anchored in the values promoted by the Principality and its involvement within the sports movement to promote peace.”

A collective WhiteCard photo was taken on the roof of the Aquarama Riva Bar to launch the 2017 campaign “Show us where you play your peace”. The purpose of this initiative is to celebrate the International Day of Sport for Development and Peace. On April 6, everyone is invited to take part using the symbol of white cardboard.

“Our campaign for peace #WhiteCard allows us to spread our vision of a peaceful world across the five continents and this year will be no exception” said Mr Bouzou. “Year after year, our Champions for Peace are working tirelessly to promote our message that sport can be a vehicle for change around the world.”

This year’s slogan “Wherever you are, take part in the important event!” invites people to indicate their geographical location in their photos with white cardboard, thus illustrating the “international nature of sport and encouraging people of all races, nationalities and religions to share our common goal of a peaceful society”.

Take a picture, alone or in a group, waving a white cardboard, as referees do, then post it on Peace and Sport social networks (Facebook,Twitter and Instagram) specifying names and commenting: @peaceandsport # WhiteCard # IDSDP2017

Lifestyle & Wellbeing Cassandra Tanti - November 5, 2020
A shortage of State-funded housing for Monegasques will continue for the next two years, according to the State Housing Allocation Commission, as full delivery is revised for 2023.