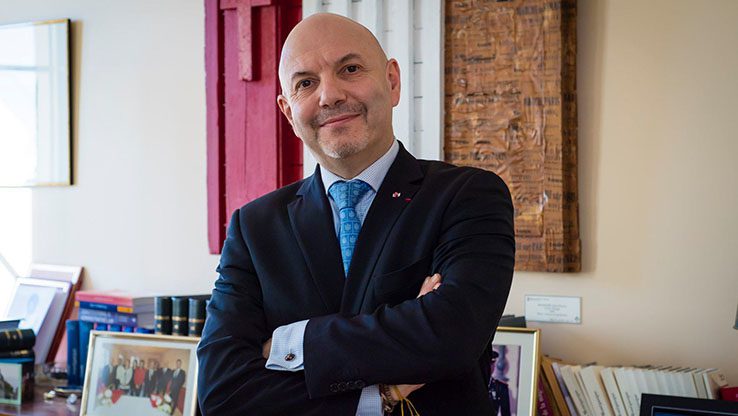 Monaco’s Minister of External Relations and Cooperation Laurent Anselmi has been selected as Prince Albert’s new chief of staff as part of a total overhaul of his inner cabinet, which is set to be complete my mid-January.
The news has been in the pipes for several weeks, but the official announcement was confirmed on Tuesday. Prince Albert II’s current chief of staff, the retiring Georges Lisimachio, will be replaced by current Government Advisor-Minister of External Relations and Cooperation Laurent Anselmi on 17th January.
“I would like to thank Georges Lisimachio for the loyalty and the sense of the State which he has shown throughout the years spent within the Prince’s cabinet, first as a member of it in 2005, then in office as Chief of Staff from 2006, and I pay tribute to the human and professional qualities with which he fulfilled his mission,” said the Prince in a statement.
Anselmi will become the third chief of staff under Prince Albert since the start of his reign in July 2005.
“The appointment of Laurent Anselmi comes at a time when we must now give the Principality another impetus for the years to come, around major strategic axes which are, in particular, the development of our economic, medical and cultural attractiveness, the acceleration of ecological and digital transitions, the strengthening of our security as well as the improvement of our quality of life, without forgetting the control of public expenditure and the development of new State revenues,” said the Prince. “Therefore, I wish to announce very soon the new composition of the government team and of a renewed cabinet.”
The current cabinet made up of Georges Lisimachio, Richard Milanesio, Anne-Marie Boisbouvier-Ancian and David Tomatis will be totally changed by mid-January, according to a report by Monaco Matin. The new cabinet is reportedly already formed, with Anselmi being the first to be confirmed.
The Prince’s government has seen some other changes in the recent past, including the appointment of Céline Caron-Dagioni to the post of Minister of Equipment, Environment and Town Planning in September, replacing Marie-Pierre Gramaglia. Anselmi’s position will now need to be filled.