Laurent Banide: “I want to take ASM Women as high as possible”

Laurent Banide: “I want to take ASM Women as high as possible” 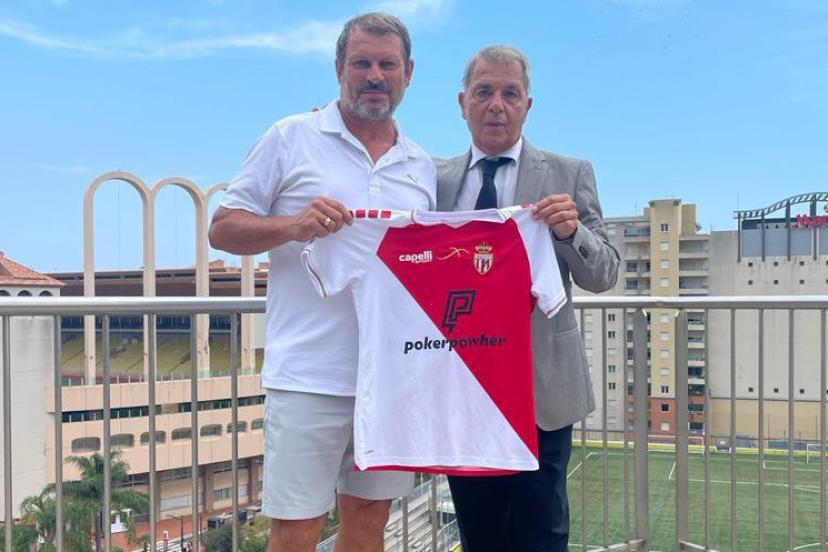 Monaco Life catches up with recently-appointed AS Monaco Women’s manager Laurent Banide to talk about writing a new chapter in the Principality, his brief English excursion, and the state of women’s football.

Former AS Monaco manager Laurent Banide was last week appointed as the new head coach of the AS Monaco Women’s team, replacing Stéphane Guigo. Since his short spell as manager of the men’s side in 2010/11, the nomadic Frenchman has had multiple spells in the Middle East, including with the Kuwait national team, before most recently taking charge of League Two side Oldham Athletic. However, all roads lead back to Monaco, and Banide is eager to get started in his new role.

Monaco Life: After a short break since the end of your spell with Oldham in 2019, what motivated you to return to management with ASM Women?

Laurent Banide: When the investors Peak6 contacted me a few weeks ago, I made my decision very quickly. During that meeting I was very moved by Jérôme de Bontin’s speech. What convinced me was that there was already a beautiful project led by de Bontin and the president RudyTarditi; a project to take a team as high as possible, just like Lyon and PSG have done with their women’s teams. It is a very interesting project, and in addition that allowed me to stay at home, with my family and friends. It is very interesting to work at home and in such a super project.

Was there also an element of wanting to return to the Principality and write a new chapter after your various spells with AS Monaco, both as the first-team manager and as head coach of the academy side?

As you say, it’s quite a long story! Firstly, it was my dad’s region (Gérard Banide) and then mine. It’s already been about 40 years that we’ve been working in Monaco. We’ve all been in the Principality and we have an attachment to the country. It’s clear from my point of view that I should continue with Monaco.

Following your arrival in mid-season in 2010/11, you couldn’t save Monaco from relegation to Ligue 2. Do you have an overriding memory of that spell?

I don’t have a bad memory from that time. We build from successes and from defeats. We took 25 points from the 19 matches. But unfortunately, we lacked a little something; not a lot but just a bit. There was the odd injury, the conceding of a goal in the last minute. These things happen. Unfortunately, it was difficult for me and for everybody, for the supporters as well. Still, it allowed the club to bounce back and create this new story with the new owners. It was difficult to take.

Of course, taking the job with the women’s team, it’s in a different sector, but it is one that is developing enormously. It’s the future. It’s gradual, and on an individual level the players are becoming stronger, and there are more and more people involved in it. It’s an evolution of football and I am very happy to take charge of AS Monaco.

Following numerous spells in the Middle East, you moved to Oldham Athletic, a team in turmoil and with an extraordinarily high managerial turnover that has since dropped out of the football league. How do you evaluate your brief spell in English football?

I was very moved by the passion of the people over there. It was magnificent. There were huge amounts of supporters at the matches, and the passion of all those working at the club was magnificent. Unfortunately, as you say, it was a bit of a delicate period at the club, with lots of managerial changes. We worked a lot to try and bring a bit of calmness and balance. But unfortunately, it was difficult and very delicate for the management. As soon as things started to go badly, they just moved onto the next thing. It is regrettable because we really hadn’t been in the job long and it’s life. That’s how we grow. It’s unfortunate.

What have you been doing since that dismissal time in 2019?

My family was in London so I went to live with them and made the most of the London life. Because of Covid, I stayed a bit between London and Monaco, watching some Chelsea matches, some Monaco matches. The Covid period was a quiet one for me.

In general terms, how do you perceive the rise of the women’s game?

It’s the evolution of things! As you said, I noticed in the parks in England lots of girls play football, which isn’t something that I’ve seen here in the south of France. I think it’s true that in Anglo-Saxon countries there is already good evolution in terms of women’s football. There are a few training centres that have grown in Paris and Lyon and which bring the level of women’s football up. I think we have to follow this direction to be able to get a team promoted into the first division. It would be great for the Principality.

AS Monaco Women missed out narrowly on promotion last season. What are the objectives for the upcoming campaign?

Of course, the objective is to get promoted (to D3). We’re trying to build a great team for the coming years. It will take a little bit of time. Unfortunately, last season the final game was decided by small details. We have to forget that and look to the future and create a high-performing team.

The start of pre-season is on 1st August. I can’t wait to be on the ground, to meet the team, to work with my staff and to bring my experience in professional football and take them as high as possible.