Global law firm Norton Rose Fulbright is opening a new office in Monaco to serve shipping and finance clients in the area, according to Global Trade Review.

The office will be headed by Dimitri Sofianopoulos, partner and head of Norton Rose Fulbright Greece. Sofianopoulos will divide his time between the Greek office and Monaco.

Commenting on the new location, the global head of transport, Harry Theochari says, “Despite the shipping downturn, we have continued to invest in our shipping and wider transport practice. We look forward to extending our global footprint further with the opening of our office in Monaco.”

The Monaco opening follows the company’s recent expansion in San Francisco and Vancouver.

Prince Albert gets on track in Newquay... 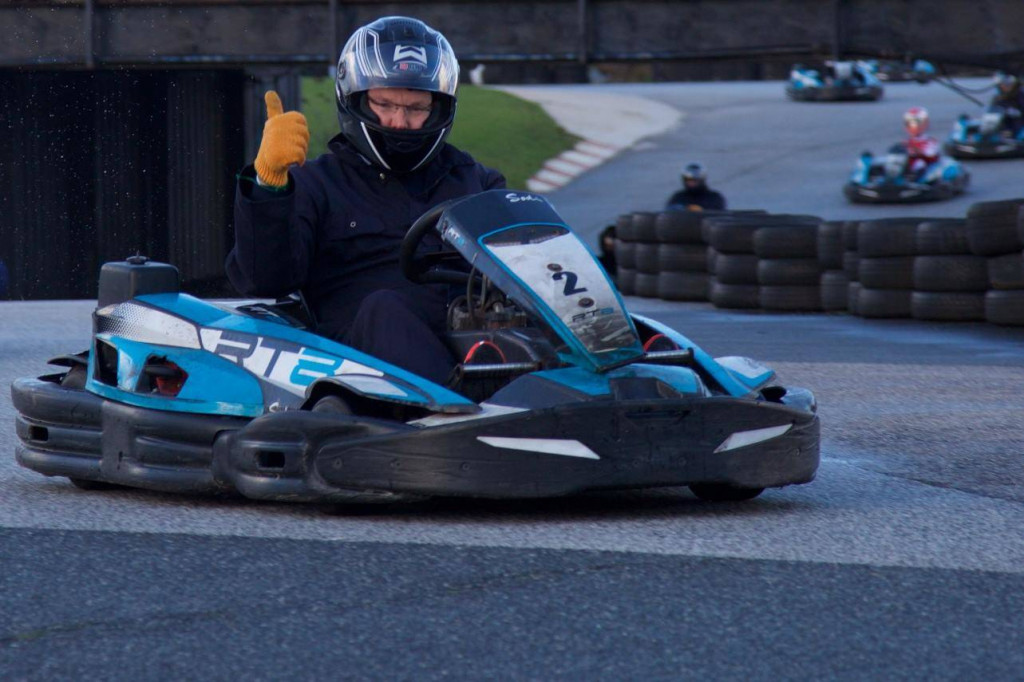 Prince Albert on the track at St Eval Kart Circuit. Photo: Facebook St Eval Kart Circuit[/caption] Prince Albert visited Newquay Wednesday where he “swapped the Monaco Grand Prix for St Eval Kart Circuit”, reports CornwallLive.com. The soon to be 60-year-old Sovereign flew by private jet into St Mawgan to celebrate the birthday of Jane Hill, a mutual friend of Prince Albert and fellow Olympic bobsledder Tom De La Hunty. In 2006, Prince Albert attended Mr De la Hunty’s 50th birthday party in Cornwall. For this week's visit, however, Mr De La Hunty was absent from the festivities as he is coaching the Dutch bobsleigh team at the Winter Olympics in South Korea. After arriving in Cornwall on Wednedsay, Prince Albert and “his entourage headed to St Eval Kart Circuit for a private race event on Wednesday afternoon” before heading to Captain Jack’s restaurant on Marcus Hill, owned by Ms Hill and her fiancé Robin Foster, Mr De La Hunty’s brother-in-law. According to Cornwalllive.com, Miss Hill said: “Prince Albert was an Olympic bobsleigh driver, and he knew Tom very well through that, and that’s how we got to know him. “It was my birthday, and we wanted to invite him over and he came, which was a lovely gesture. “I also invited some other friends over from Monaco. He flew into Newquay Airport, where we picked him up. “We discussed what we should do, and we decided to go karting, because my son Tommy is the British open champion. It was a fun thing to do. [caption id="attachment_27925" align="alignnone" width="640"] 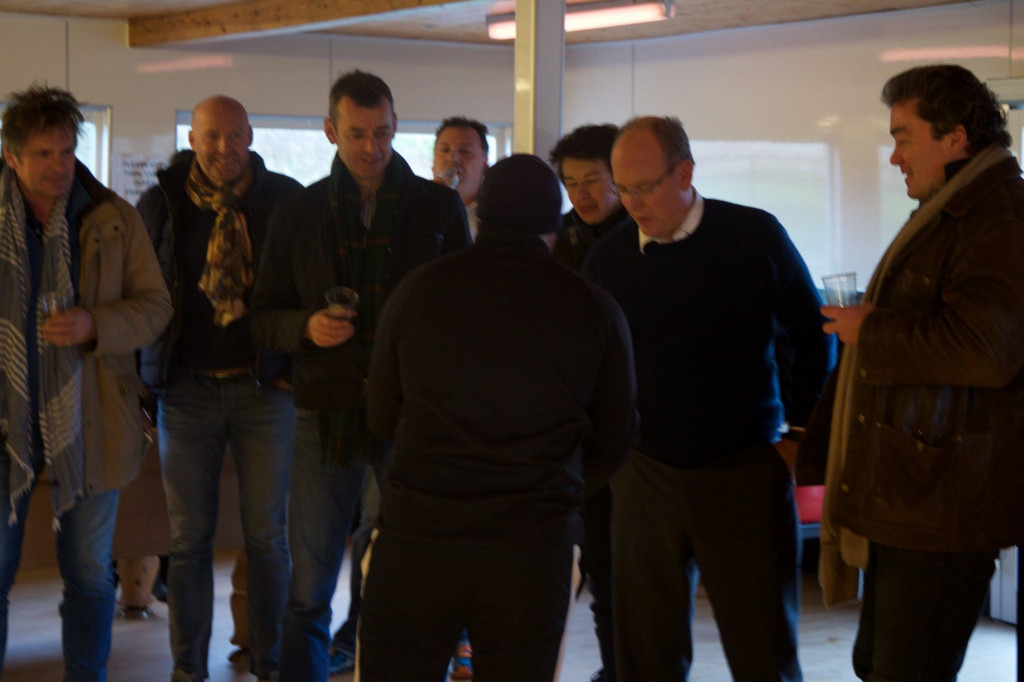 Prince Albert and his entourage , including Mark Thomas, at St Eval Kart Circuit. Photo: Facebook St Eval Kart Circuit[/caption] “Prince Albert has got to know our children, and he has followed my son’s karting career with interest. “Tommy has Albert’s endorsement on his kart, and they are very close. So the prince decided to go karting with us. “In the evening we had dinner at our restaurant, Captain Jack’s. We opened the restaurant for him. Our son is chef and he cooked us a lovely meal, and we had a good time. “He was only here for a day, because he obviously has other commitments, and we all stayed at the Victoria Hotel, because Albert also knows the owners. “It’s absolutely mad, but that’s what we did.” Craig Broad, manager at St Eval Kart Circuit, commented that the group was in a “party mood”. [caption id="attachment_27923" align="alignnone" width="640"] 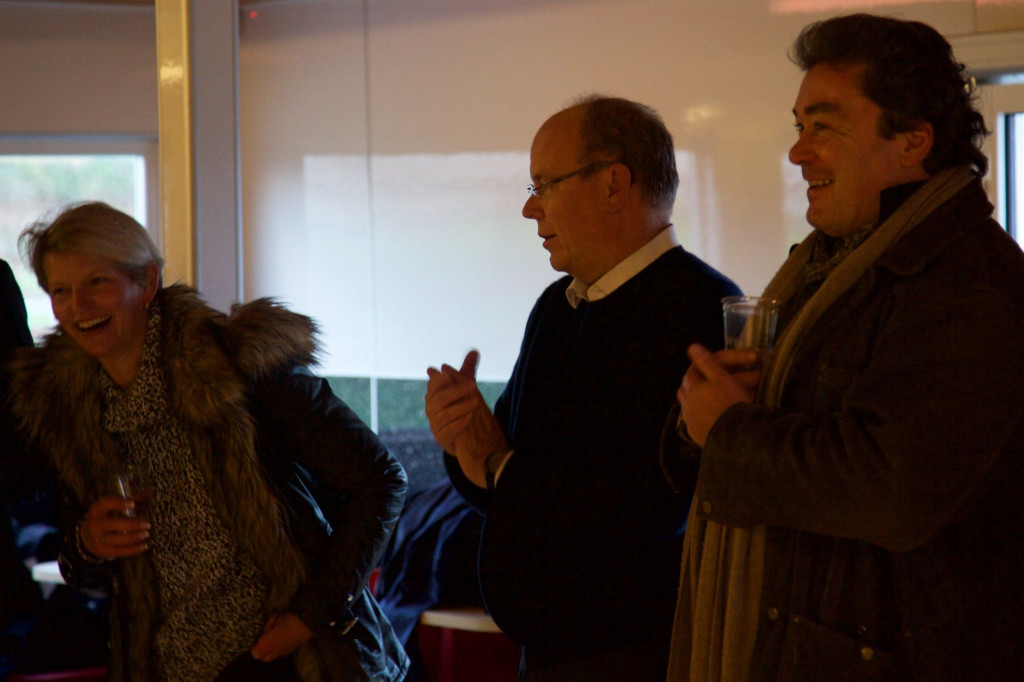 Prince Albert and his entourage , including Mark Thomas, at St Eval Kart Circuit. Photo: Facebook St Eval Kart Circuit[/caption] Mr Broad said: “Prince Albert came over for a friend’s birthday, who lives in Newquay. We had about 48 hours’ notice for him to come down, and there was a security inspection. “He came over on Wednesday afternoon, there were about 14 people in the party. I can’t give names, but there were some high up there people, including film producers. “He was here for about an hour and a half. It was a slight shame because they got caught in the hail. “But the group was in quite the party mood, playing games among themselves. It was an upbeat group. “The Prince didn’t talk about Newquay, or Cornwall, but he was very approachable and a really nice guy. “He chatted to us, shook our hands and said thank you. [caption id="attachment_27924" align="alignnone" width="640"] 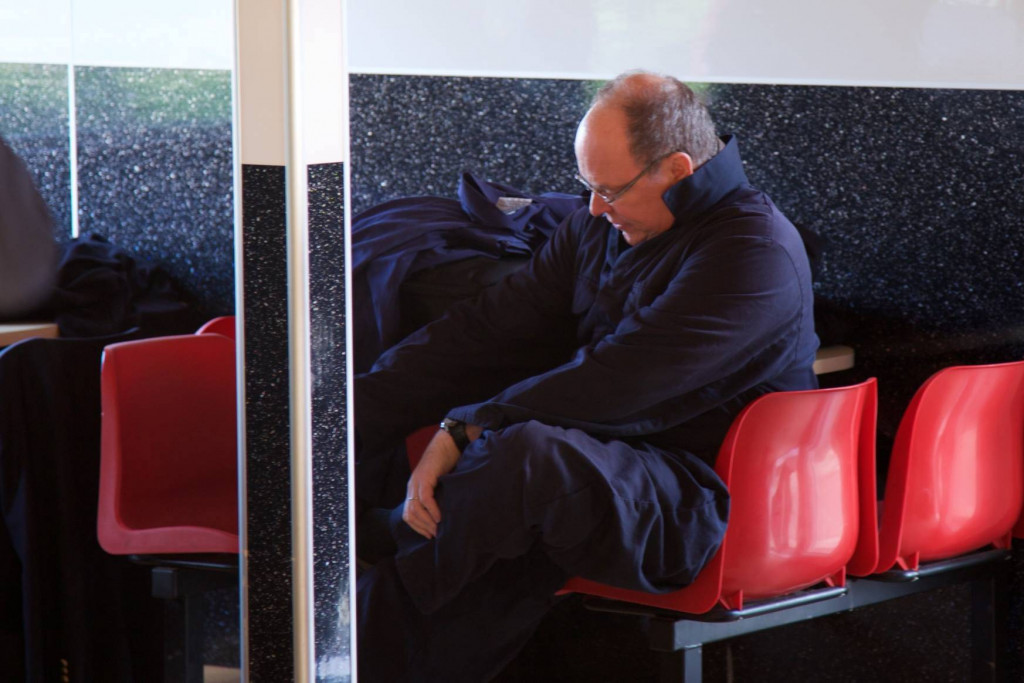 Prince Albert gets ready to go karting. Photo: Facebook St Eval Kart Circuit[/caption] “We get celebrities popping in quite often, I must admit, but it’s the first time we’ve had royalty here,” he added. “Normal it will be celebs who are on TV; we get Nick Knowles popping in quite a bit, we’ve had Gordon Ramsay and other chefs, and EastEnders stars among others. “It’s a crazy, crazy world.”

Local News Staff Writer - April 30, 2017
Sunday 7 May, 8.30 pm, Rainier III Auditorium – Salle Yakov Kreizberg: Grande Saison series – Symphonic concert by the Monte-Carlo Philharmonic Orchestra conducted by Alexander Vedernikov with Lena Belkina, mezzo-soprano. and featuring: Igor Stravinsky, Modeste Mussorgsky and Alexandre Scriabine. At 7.30 pm, as a prelude to the concert, there will be a presentation of works by André Peyrègne. Information: +377 98 06 28 28