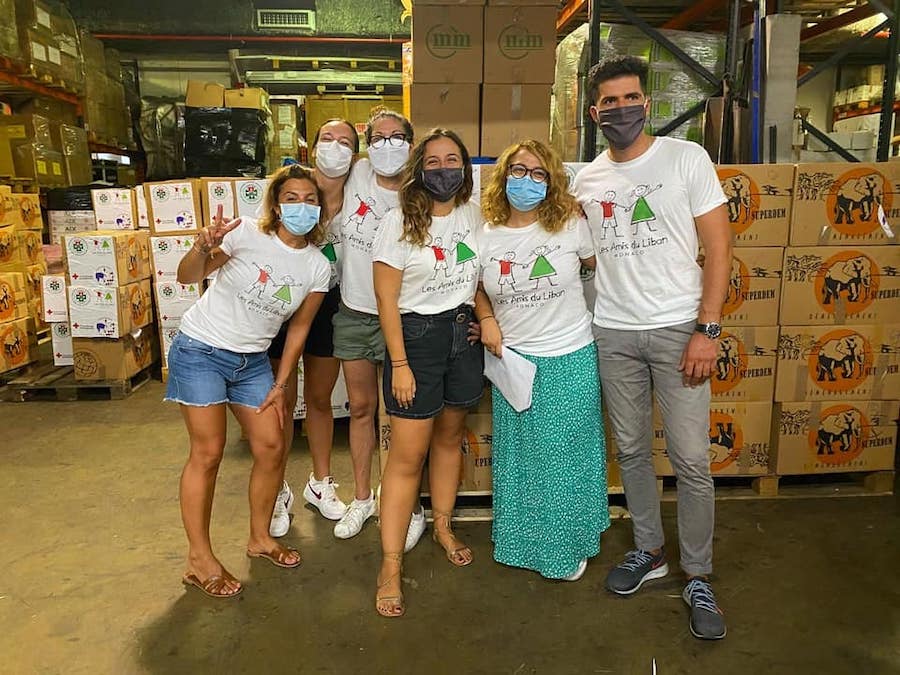 Monegasque association Les Amis du Liban Monaco has collected nearly six tonnes of food and hygiene products for relief efforts in Lebanon following the massive explosions just over two weeks ago that killed or injured thousands and left many more displaced.
Les Amis du Liban Monaco has collected a huge number of basic necessities, such as non-perishable food items, hygiene kits and nappies – all in a single week. The drive ended Saturday and saw a staggering six tonnes of provisions ready to go to the needy in Beirut through the generosity of the local Monaco population. Local business Mercedeh alone offered 300 pairs of children’s shoes and individuals have given what is estimated to be about €100,000 worth of goods which will be transported in two containers.
The Red Cross of Monaco, AMADE and the government of Monaco have also donated in the form of funds equalling over €50,000. This money will go toward buying medical equipment to assist in field and local hospitals dealing with the fallout from the explosions.
Local celebrities came out to help fundraising efforts which took place at the Carrefour market in Fontvieille and included Charles Leclerc, Louis Ducruet and Didier Deschamps.
The cargo will reach Lebanon where the Red Cross will collect it and begin the distribution process by 27thAugust.
For those still interested in contributing, there is a Go Fund Me site set up which can be reached by clicking here.