Leclerc after Portugal: “We struggled a lot”

Leclerc after Portugal: “We struggled a lot” 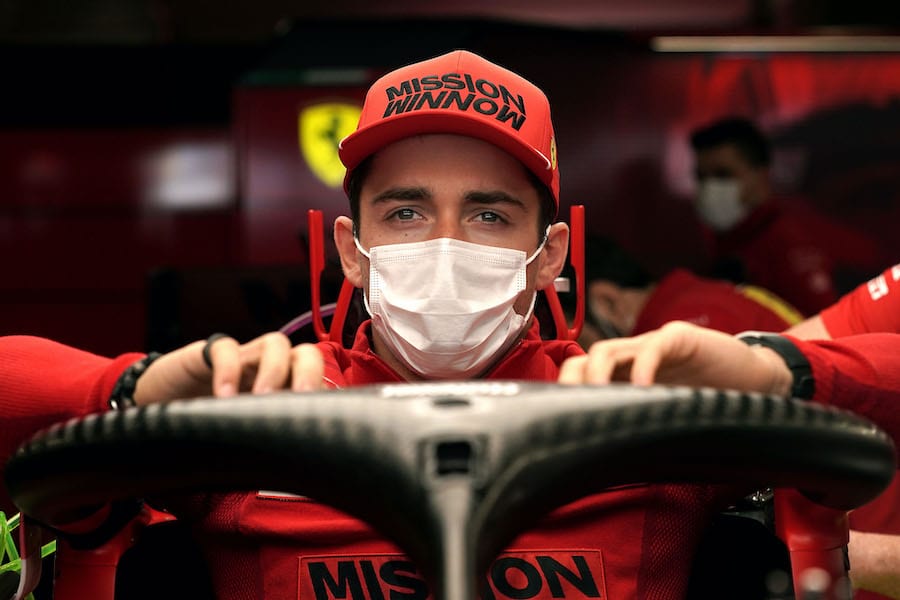 Monegasque pilot Charles Leclerc came in sixth at the Portuguese Grand Prix on Sunday, saying he felt like the team made “a very bad choice” in racing on medium tires.
Despite finishing two places higher than he started, Charles Leclerc says he felt a bit disappointed with his sixth place finish in Portimao at the Portuguese Grand Prix on the weekend, saying the race was tough because of windy conditions and racing on tires that were not best suited to the track.
“I think we took a great decision to go on the hard tyres, but the mediums for us – only for us – we struggled massively, whether it was Carlos or myself. On paper it looked like a very good choice, but then once we made the race, we struggled a lot,” Leclerc said in a post-race interview with Sky F1. “If I look at the whole weekend, I haven’t done a great job as a driver, whether it’s in free practice, in qualifying, I haven’t extracted the maximum out of the car, because I was very inconsistent. Today, I did a good job, but from eighth, there wasn’t much better we could do, but looking at the full weekend, I could’ve done a much better job.”
Teammate Carlos Sainz finished in 11th place after having a fifth place starting position, highlighting the difficulties Team Ferrari had over the weekend.
But the troubles weren’t limited only to Ferrari. Several teams made noises about the track, citing a roller coaster layout, high winds and low-grip asphalt. Leclerc seconded these opinions but remains optimistic about the car and the future.
“It’s encouraging for the whole team,” he said. “We were struggling a lot last year, we did a step forward this year and we need to keep in mind also that Portimao is quite a strange track. We are trying to maximise our car, and that makes it interesting.”
The race was won by world champion Lewis Hamilton, followed by Red Bull’s Max Verstappen, with Valtteri Bottas of Mercedes taking the number three spot. The next Formula 1 race will be held next Sunday in Barcelona for the Spanish Grand Prix – the final race before Leclerc comes home for the Monaco Grand Prix at on 23rd May.