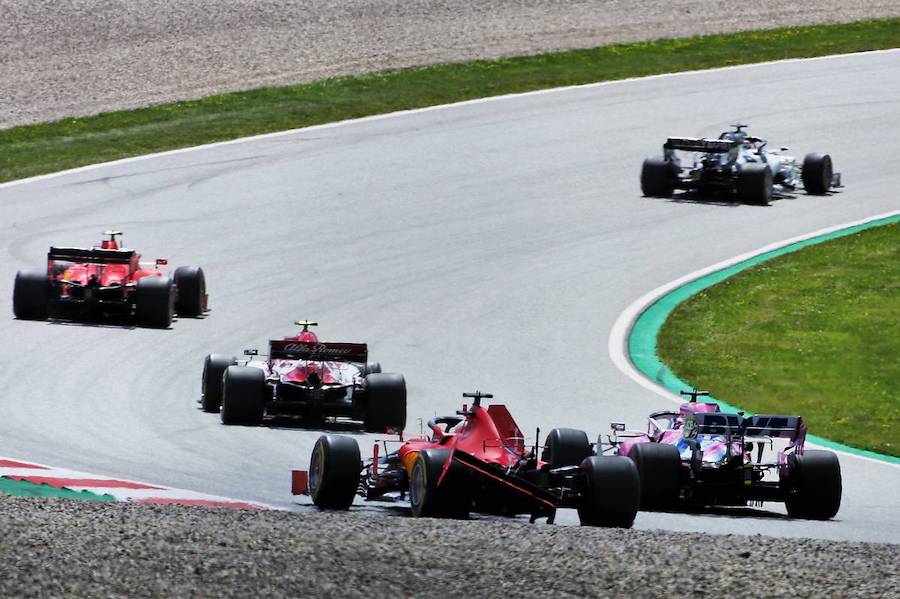 Charles Leclerc collided with Ferrari teammate Sebastian Vettel on the opening lap of the Styrian Grand Prix on Sunday, forcing both out of the race.
Leclerc tried an optimistic move on the inside of turn three in Austria, which hosted its second F1 race in two weeks, and ended up sliding into Vettel’s car.
The impact left Vettel with a smashed rear wing, while Leclerc also needed to pit for a replacement front wing, prompting the deployment of a Safety Car.
A few laps later, Leclerc pitted to retire his damaged car.
Speaking to TV reports afterwards, Vettel said: “I was very surprised. I had the inside and wasn’t expecting Charles to try something. I was taking it easy as it was busy all around us.”
Leclerc took full responsibility for what happened.
“I apologised,” Leclerc said. “Excuses are not enough in a time like this.
“I did a very bad job today, I let the team down. I can only be sorry even though I let the team down. The team doesn’t need that and I put all the hopes of the team in the bin. I’m very sorry, but it’s not enough, again.”