Leclerc, Ferrari and the false prophecy of 2022

Leclerc, Ferrari and the false prophecy of 2022 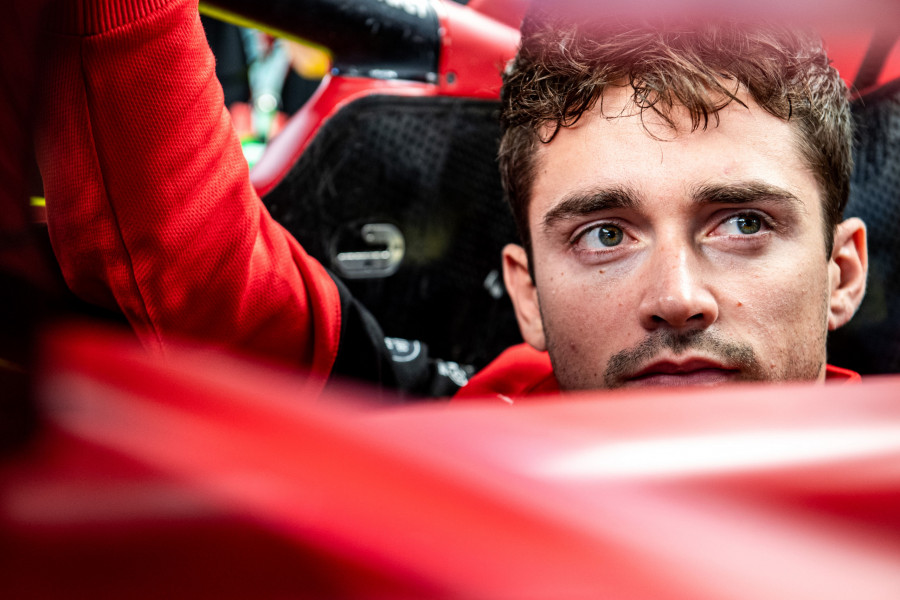 Under the floodlights of Sakhir, Ferrari fans worldwide revelled in a moment of catharsis. Pre-season expectations were realised; Charles Leclerc was atop the podium. But that was as good as it got.

Fans of the prancing horse went into this season with an unusual sensation: hope. Following over a decade of mediocrity, the signs from pre-season testing were more than encouraging. Pundits and experts alike had heavily tipped them for a strong season.

Having given up early on last year’s model, preparations for the sweeping set of rule changes that were brought in for the 2022 season were made early. The horse had essentially bolted out of the starting gate before their rivals, and the result was a car that looked unpeered at the opening race in Bahrain in late march.

The stars seemed to have aligned for Ferrari, and for Leclerc. The prophecy was written, the world title beckoned. But as the season wore on, it slowly and agonisingly became more apparent that this prophecy would not be fulfilled.

If one is looking for an explanation for Ferrari’s shortcomings, one needn’t look any further than the image of Sergio Perez’s Red Bull and Leclerc’s Ferrari side-by-side following Sunday’s Japanese Grand Prix. For Leclerc, it was the race in which the bell finally tolled on his lifeless championship aspirations; for Max Verstappen, it represented a just reward for an imperious season.

The state of Ferrari’s heavily worn, degraded intermediate tyres, juxtaposed with the relatively fresh set on Perez’s Red Bull, provided the perfect visual metaphor. It is here, more so than elsewhere, where the title was won and lost, whilst the contrast only goes to highlight the development of the Red Bull, and the stasis of the Ferrari, which has struggled to keep pace with their ever-improving, run-away rivals. The Italian manufacturer may have had the edge in March, but that is certainly no longer the case.

Tyre degradation was a season-long thorn in Ferrari’s side. Whilst, at least at the beginning of the season, Ferrari had the pace over the Red Bull, their difficulties with tyre management have persisted. Unable to prolong their stints on any tyre compound, Ferrari essentially handed Red Bull a strategic carte blanche that they duly profited from over the course of the campaign.

The degradation issue is a mitigating factor for Ferrari, but it doesn’t wholly explain their inability to profit from a position of strength. On numerous occasions, most glaringly in Leclerc’s home Grand Prix in Monaco and then at Silverstone, Ferrari simply made the wrong calls at the wrong time.

Perhaps the most costly error, both in terms of morale and in tangible points-terms, was the one made during the British Grand Prix. Ferrari’s call to keep race leader Leclerc out, whilst everyone else pitted, was a moment of folie from the Italian manufacturer. Not only did it cost him a likely win, but at the mercy of a whole grid of cars on fresher tyres; he even lost his place on the podium. The Monégasque had looked set for a 23-point swing against championship rival Verstappen; ultimately the gap was closed by just six points. Verstappen had been let off the hook.

Looking to make up for those team errors, Leclerc was guilty of pushing too hard at the French Grand Prix three weeks later, as he lost the rear end whilst leading the race. Arguably, however, at that point, the championship was already gone.

For the first time, resignation started to seep into Leclerc’s post-race discourse. Gone was the start of season optimism, as was the anger and disappointment that was evident during the beginning of the European season, despite Leclerc’s attempted concealment of such emotions.

By the time the Belgian Grand Prix came around in late August, Leclerc admitted that the gap between him and Verstappen was “really big”. The Monégasque driver added that Ferrari would “take it race by race”, a trite comment synonymous with “the title race is over”.

Leclerc’s discourse has evolved further in recent weeks, perhaps just to give some semblance of meaning to the remainder of the season, or perhaps in genuine hope of launching a better title challenge in 2023.

“I want to use these last races to improve our execution and I think that we made a step in the right direction today,” said Leclerc following his second-place finish in Singapore.

For Leclerc therefore, the remaining four races on this season’s F1 calendar will be pedagogical experiences for himself and his team. Whilst the prophecy wasn’t fulfilled this year, there is no reason why Leclerc and Ferrari can’t learn from this season’s mistakes and construct a more lasting title challenge in 2023.