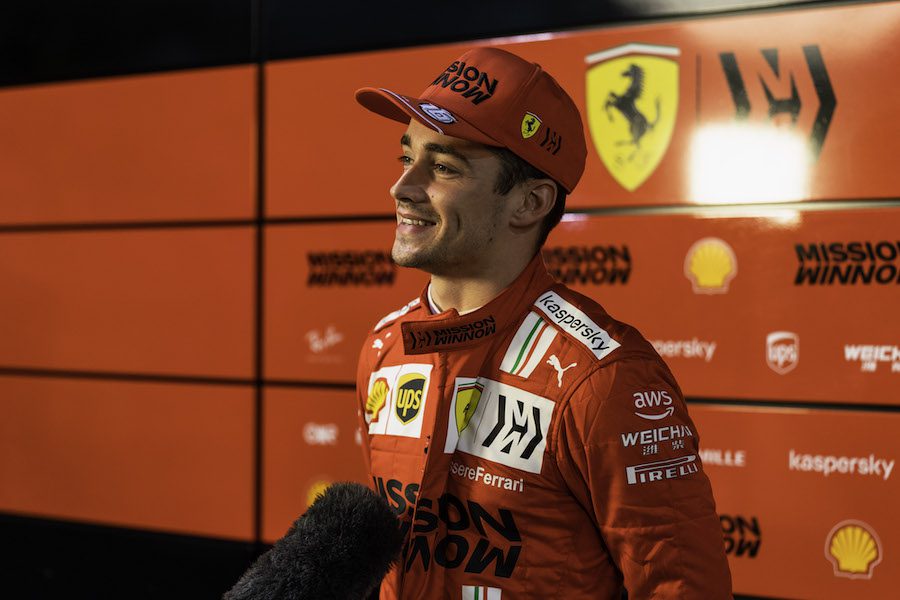 It was a difficult weekend for Charles Leclerc and a positive conclusion for Ferrari as solid points finishes for the Monegasque driver and his team-mate Carlos Sainz saw them increase Ferrari’s lead on Constructors’ rival McLaren in the inaugural Qatar Grand Prix.
But Sainz and Leclerc, who finished 7th and 8th respectively, did have contrasting races, with Leclerc making up places following a disappointing qualifying, where he had to settle for 13th place. Sainz, however, dropped back slightly from his 5th place grid position, which he earned thanks to grid penalties to Valterri Bottas and Max Verstappen. Leclerc’s qualifying was complicated due to a cracked chassis which, as well as hindering his on-track pace, also instigated an off-track race to replace the chassis before the start of Sunday’s Grand Prix.
Lewis Hamilton took the chequered flag at the first edition of the Qatar Grand Prix. The Brit finished comfortably ahead of his championship rival Max Verstappen who had done well to fight through the field, having received a grid penalty for failing to slow during yellow flags which saw him start in 7th. Fernando Alonso rounded off the podium with an impressive drive, to secure his first podium since 2014.
Verstappen quickly rectified his error in qualifying and had already made his way into P4 by turn two of the first lap. Having then dispatched with relative ease the Alpha Tauri of Pierre Gasly and the Alpine of Alonso, he then found himself once more behind his championship rival. But Hamilton was in a class of his own on the weekend and the Mercedes’ pace went unmatched.
Elsewhere in the field, punctures to Bottas, who later retired from the race, and Lando Norris played into the hands of Ferrari who found themselves within the points scoring positions. The race was deprived of much on-track drama, but that did not bother Ferrari, nor Leclerc. The Italian manufacturer now has a 39.5 point cushion to McLaren, whilst Leclerc has closed the gap on Norris to just one point.
Leclerc, although far from content with the result overall, recognised the achievement in its context, saying after the race: “In terms of the overall result, there is nothing to be excited about when you only finish in P8. But considering that I started from a long way back and looking at the strong pace I had, especially in the second stint on the hard tyre, I think we made a really good recovery.”
Next on the calendar is the inaugural Saudi Arabia Grand Prix – the penultimate race of the season. Leclerc will be hoping to jump Norris into 5th position whilst the title battle looks likely to go into the final race of the season, with Verstappen’s lead over Hamilton currently at a slender eight points.