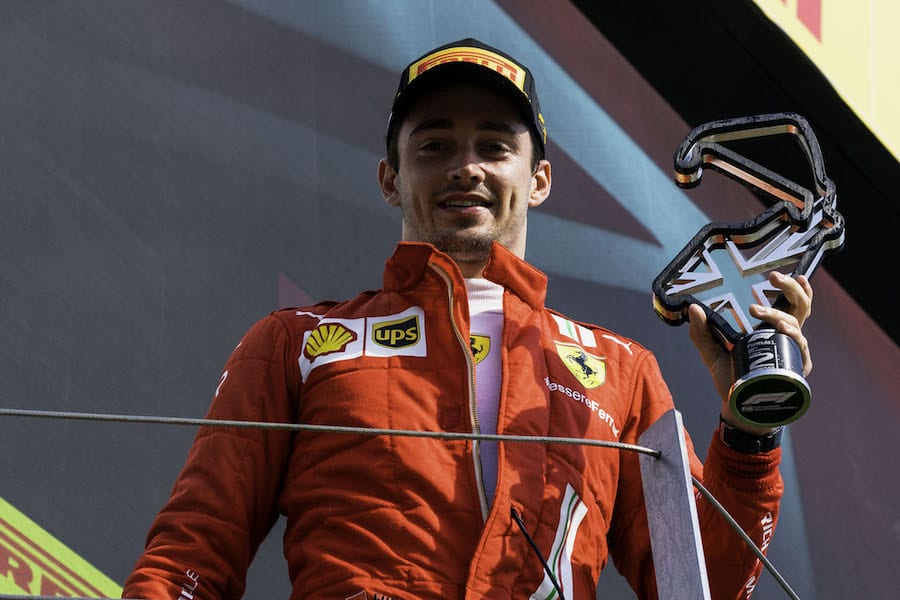 The British Grand Prix was filled with thrills and chills, despite the sweltering heat, as Lewis Hamilton ran Max Verstappen off the track in the opening lap, sending him to hospital, then charged past Charles Leclerc in the last two laps of the race to beat the Monegasque, despite his 10-second penalty for the crash.
It was a controversial British GP race at the Silverstone track on Sunday, where World Champion Lewis Hamilton was branded “disrespectful and unsportsmanlike” by Max Verstappen and “dangerous” by Red Bull Chief Christian Horner. There was enough electricity to power a small city.
The first lap saw an overeager Hamilton force Verstappen in to the tyre barriers, rendering his car undrivable for the rest of the race and sending him to hospital for precautionary checks, though no apparent injuries. The crash also put Charles Leclerc in the top spot, where he held onto the lead for most of the race.
This exciting turn of events kept fans of the Ferrari pilot on the edges of their seats, especially as the end neared and Hamilton clawed his way back up the ranks, finally surpassing Leclerc with only two laps to go.
Leclerc’s fantastic podium finish, his first this season, was overshadowed by losing the lead, though it did earn him Formula 1’s Driver of the Day moniker from race fans.
Leclerc said after the race he was battling engine mapping issues, which partly contributed to his inability to hold onto the lead, and despite being disappointed at coming in second, he still was proud of such a good performance at Silverstone.
“It is difficult to enjoy 100% but it has been an incredible race, I gave not 100% but I gave 200%, I gave all of me, but it was just not enough in the last two laps,” said Leclerc after the race.
“We definitely didn’t expect it. We expected after qualifying to be quite competitive but not as competitive as now. We have been fighting for the win, which was incredible, especially on the medium we were extremely quick and then on the hards we lacked a little bit of pace compared to the Mercedes – but overall it was much stronger than we are used to.”
Leclerc had the grace to give credit where due, adding, “Congratulations to Lewis he did an incredible job, and it is amazing to see so many fans in the grandstands. It was fun in the car but lacked just a little bit of pace towards the end.”
The Silverstone finish may be the jumpstart needed for Team Ferrari, who hasn’t seen a podium finish since Carlos Sainz’s in Monaco.
“This was a positive Grand Prix for us, not just because of the result, but mainly because of the progress the team has made,” said Mattia Binotto, Team Principal. “After the race in France the whole group reacted well. We know we are not yet at the point to be fighting for the top places on a regular basis, as there are two cars that are faster than ours. But it’s important that we are working in the right direction.”