Leclerc on Styrian GP: “One of my best performances”

Leclerc on Styrian GP: “One of my best performances” 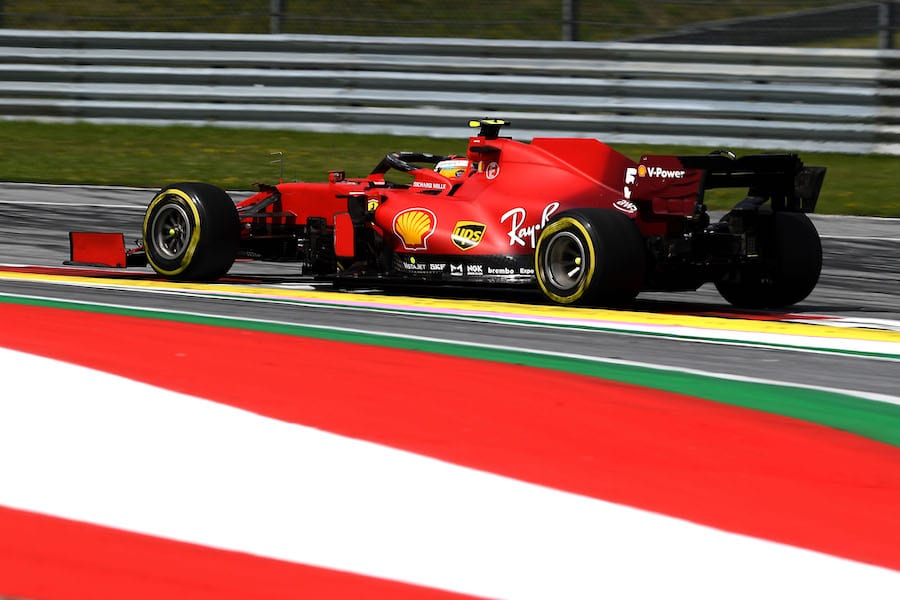 Despite an incident that sent Charles Leclerc off to the pits and put Pierre Gasly out of the race in the Styrian Grand Prix’s first lap, the Monegasque clawed his way from 17th place to finish a remarkable 7th, saying that the accident proved to be a “big opportunity.”
The opening lap of the Styrian Grand Prix in Spielberg, Austria on Sunday could have been a disaster for Ferrari’s Charles Leclerc. In the first corner of the first lap, Leclerc had a brush with Alpha Tauri’s Pierre Gasly, damaging Leclerc’s front wing and putting Gasly out of the race.
When Leclerc was able to hit the track again, he was in 17th place, and it looked like the day was all but over for him. Clearly, the young Monegasque felt differently and, after a series of remarkable overtaking moves, he made his way up the ranks to slot in just behind his teammate Carlos Sainz in seventh position, where he finished. His moves earned him Driver of Day.
“If we look at the first lap, it’s been an incredible race for us,” Leclerc told Sky F1. “We’ve been incredibly quick, but obviously this first lap basically stopped us from doing something much, much, much better today.
“It was a big opportunity. The pace was incredible. It’s probably one of my best performances in Formula 1, apart from the lap one.”
Leclerc said he wasn’t sure whose fault the accident was, and that blame may be a bit on both parties.
“To be honest, I need to re-watch the images from outside,” he said. “I have no idea whether Pierre went a little bit to the left, and I went a little bit to the right at the same time. I guess it’s a bit of both. And in the end, we touched.”
He added on social media (Twitter), “So bittersweet. One of my best performances with heaps of overtakes but should have been higher without the contact with Pierre. A shame about what happened but we’ve spoken, and everything is ok. Our speed looks good for next weekend and thanks for your Driver of the Day votes.”
Despite the troubles, Leclerc is optimistic for next week’s Austrian Grand Prix, which will be raced on the same track.
The winner of the Styrian Grand Prix went to the seemingly unstoppable Max Verstappen, who fittingly won for Red Bull at the Red Bull Ring, followed by Lewis Hamilton and Valtteri Bottas.