Leclerc pipped at the last in eventful weekend in Saudi

Leclerc pipped at the last in eventful weekend in Saudi 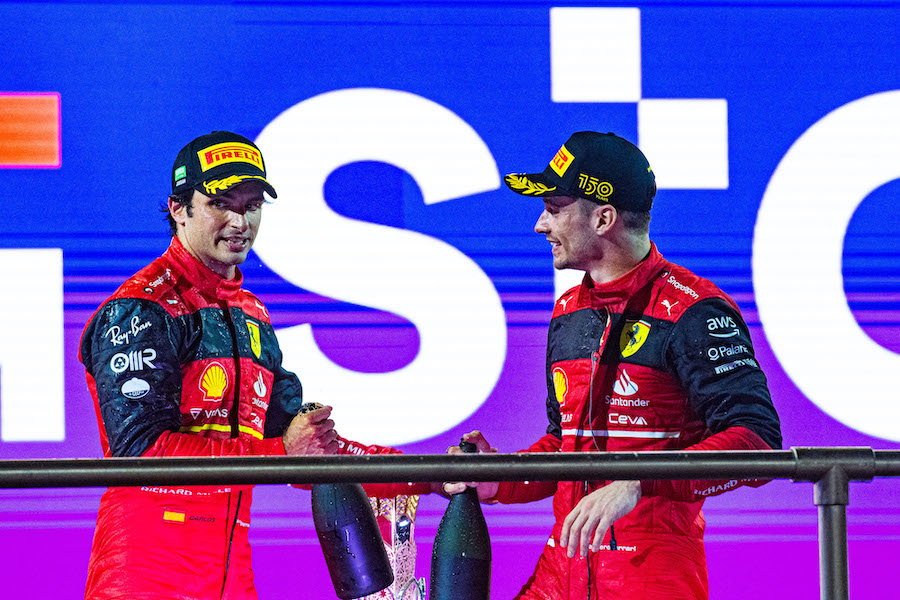 A late overtake from Max Verstappen snatched victory from Charles Leclerc at the Saudi Arabian GP on Sunday, the seeds of another thrilling two-horse race for the title are already being sown.

It was the reigning World Champion Verstappen who had the final word on a weekend that was punctuated by big moments on and off the track. A missile attack near the circuit on Friday threw the entire race weekend into doubt, before Mick Schumacher’s heavy crash in Saturday’s qualifying led to a lengthy red flag and the safety of the circuit being called into question.

Amidst the chaos, it was the cool-headed Sergio Perez who snatched his first ever pole position on his 215th attempt with what he described as “the best lap of my life”. But having controlled his opening stint, a cruel turn of fate would deprive him of a chance of race victory.

Between the barriers of a tight street circuit in Jeddah, drivers kept it tidy at lights-out. There was little change towards the front of the field, although a lowly Lewis Hamilton set about his task of getting into the points from his 15th place starting position. The difficulty with which he set about that task was telling, his Mercedes simply doesn’t have pace in abundance this year. The Briton would go on to take just a point, whereas his new team-mate George Russel fared much better, securing fifth position.

Up top, things were largely static in the opening stages of this race, much of the action took place in the mid-field. The pick of the battles was between Alpine team-mates Fernando Alonso and Sebastien Ocon. The pair dovetailed each other before team orders put a premature end to what was an interesting, entertaining battle.

Everything changed during the first set of pit-stops. Ferrari tricked Perez into pitting early, and the very next lap, before Leclerc had taken a fresh set of tyres, Nicolas Latifi hit the barriers, bringing out the safety car.

Effectively earning a free-stop, Leclerc was primed to profit and took the lead of the race. Verstappen and Leclerc’s Ferrari team-mate Carlos Sainz also leapfrogged the helpless Mexican, who had seen his steady race thrown into turmoil as he dropped out of the running for the race victory.

Leclerc kept a steady gap to Verstappen until the final few laps, but after a virtual safety car period, the Dutchman closed in. Leclerc was up for the battle, however, and after Verstappen had overtaken, he used DRS on the following straight to take back the lead. A similar move a lap later saw Verstappen lock-up and flat-spot his tyres, as the chance looked to have passed.

He remained undeterred. The decisive move came just four laps from the end. Veratappen, having learned from his previous mistakes, tactically allowed Leclerc to stay ahead, thus receiving DRS on the start/finish straight. Leclerc was helpless to defend and lost the lead, when only a few laps earlier he had looked destined for consecutive wins for the first time in his career. Sainz capped off the podium and secured his second place in the drivers standings, the Spaniard sits 12 points behind leader Leclerc.

Post-race, Leclerc took a holistic view on his race, saying. “Although I’m disappointed to lose the victory so late in the race, it feels good to be fighting for wins again”. The Monegasque driver continued, “I hope it stays this close for the coming races. It’s exciting to watch and to drive like this.”

Should both cars continue to develop at similar rates, the cat-and-mouse battle that we saw on-track in Jeddah will likely be mirrored in the title battle itself, the next chapter of which will be written in two weeks’ time in Australia.