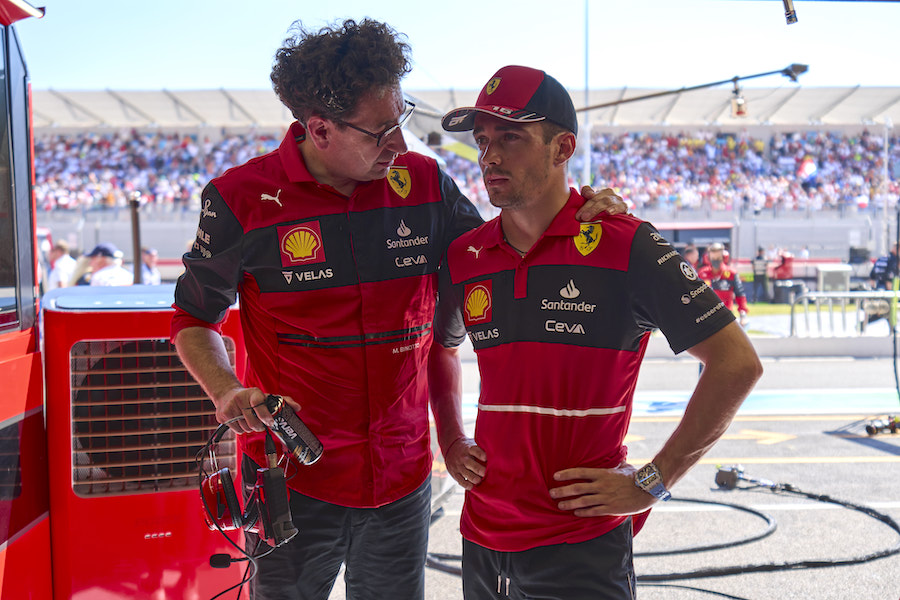 Charles Leclerc’s title challenge was dealt a huge blow in the French GP on Sunday as the Monegasque crashed whilst leading, gifting Max Verstappen the victory.

Leclerc has previously admitted that he and his team have little margin for error for the remainder of the season. How much will the latest error cost him?

Following his win in Austria a fortnight ago, Leclerc came into the French GP with wind under his sails and with the machinery to pull off consecutive victories.

Having secured pole position on Saturday, Leclerc held the lead off the line at lights out. He also responded well to the pressure exerted by championship rival Verstappen during the opening stint.

As Veratappen’s tyres went off, it seemed as though Leclerc had weathered the storm on a blisteringly hot day near Marseille. However, needing to build a gap to cover off Verstappen’s early pitstop, Leclerc pushed.

He pushed too hard. His tyres heavily blistered, the rear end of Leclerc’s Ferrari stepped out at a high speed corner, sending him into a spin and towards the barriers. From there, he tried to hit the reverse gear, but to no avail. Another pole position would go unconverted.

With Leclerc out, Verstappen inherited the lead of the race and no one ever looked like taking it off him. Lewis Hamilton, in his 300th F1 race, was unchallenged as he took second place, over 10 seconds behind Verstappen.

“Mr. Consistent” George Russell caught Sergio Perez napping after a late safety car to take the final podium place and give Mercedes their first double podium finish of the season.

Driver of the day Carlos Sainz took fifth, but he was left ruing a late Ferrari strategic call, which potentially cost him a fourth place finish.

The day, however, belonged to Verstappen, who nonetheless seemed regretful of the battle that never was between himself and his Monegasque rival.

After trudging back to the paddock, Leclerc was under no disillusions as to the gravity of his latest mistake. “I am performing at the highest level of my career, but if I keep making mistakes it’s pointless. If we lose the championship by 32 points I will know where they are coming from, but it is unacceptable,” he said.

It is too soon to say whether that is curtains on Leclerc’s championship challenge, but as the margin for error narrows further, the pressure on Leclerc to close an increasingly large gap (63 points) increases.