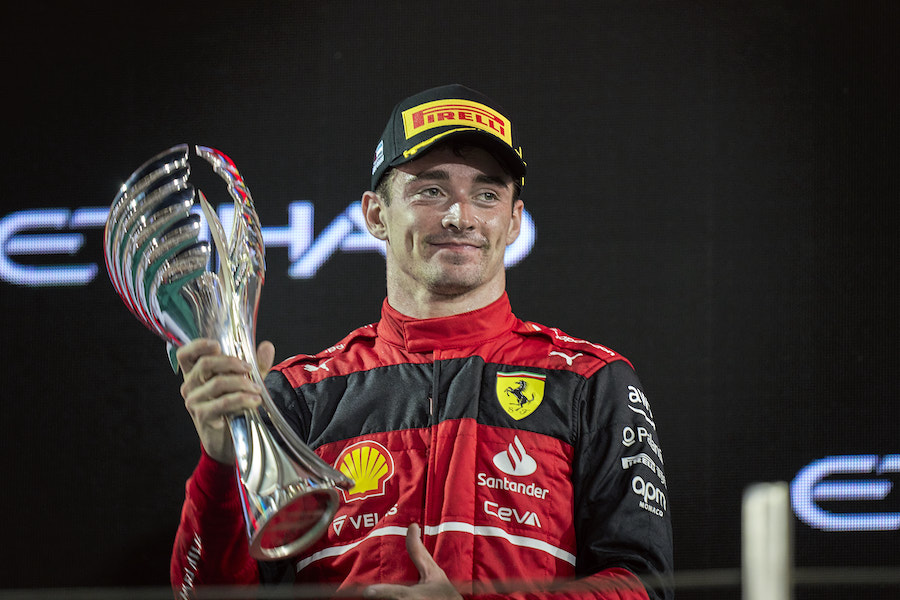 At the unique dusk race around Yas Marina, this was a finale that, unlike last year’s never really warmed up. In contrast to the dramatic circumstances in which Max Verstappen won his maiden Formula One world title at the track last year, overtaking rival Lewis Hamilton on the final lap, little this was a race with comparatively low stakes.

Verstappen wrapped up his second title in Japan at the start of October, and the constructors’ title was won by Red in Texas two weeks later. Who was to finish behind the Dutchman was, however, yet to be decided.

Leclerc went into the race level on points with Perez, meaning whoever crossed the finish line first would be vice-champion. This was a race not decided on track, but on strategy, and for once, Red Bull got it wrong and Ferrari got it right.

Whilst Verstappen drove serenely out front, comfortably securing his 15th race win of the season, the battle behind reached its climax in the dying laps. Ferrari chanced pitting Leclerc just once, and the team feared being eaten up by the two-stopping Perez at the end.

However, the Red Bull could never get within striking distance. The Mexican driver spent a lap too long getting past Hamilton, who later retired, and was then held up by Pierre Gasly, who failed to get out of the way under blue flags.

The gap shrunk, but so did the laps remaining and the chequered flag came at the right time for the Monégasque driver, who would have been a sitting duck for Perez, who was on far fresher tyres.

Leclerc therefore took second ahead of Perez and finished the season on a positive note. He may not have been in contention going to the final race, as he would have hoped and maybe expected, but the vice-champion title is still a worthy reward for Leclerc, who drove flawlessly for large swathes of the season.

“I was at 110% from the beginning until the end. We had a perfect race. The only way to beat them was to do a different strategy. I hope we can go a step further and fight for the title next year,” said Leclerc post-race.