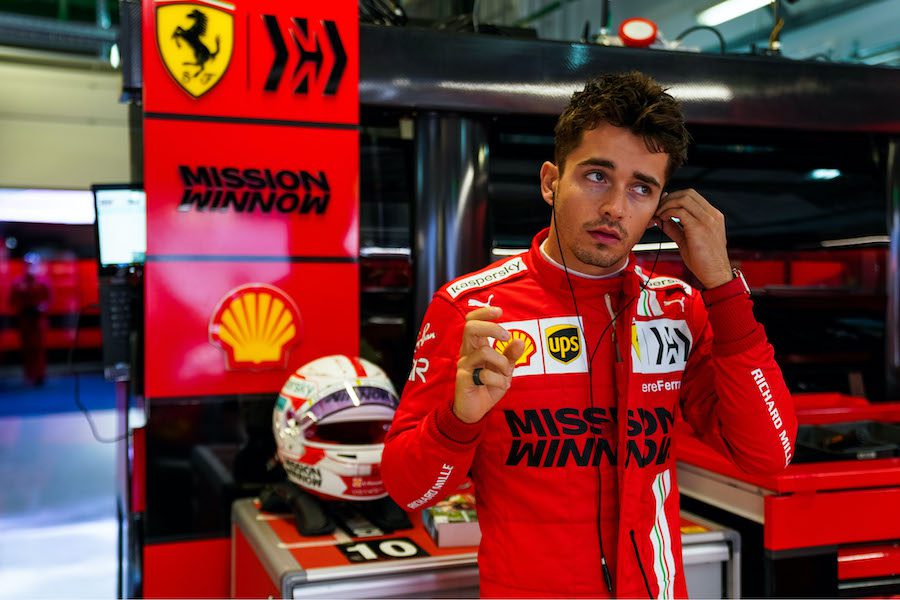 Ferrari’s Charles Leclerc had a rollercoaster of a race at the Russian Grand Prix, with pole position somewhere near the back end of beyond, treacherous rains, and an inability to change tyres during an early pit stop all putting him at a distinct disadvantage.
Charles Leclerc had a tricky time in Sochi on Sunday. Already starting from the rear of the pack due to grid penalties handed out as a result of replacing his old power unit with a new one, he then managed to claw his way up to fourth, only to fall again, ending the race in a disappointing 15th place.
Leclerc’s trouble began when the rain started to fall during the race. He was unable to make an early pit stop to change to intermediate tyres, which would have been more appropriate for the conditions, due to his Ferrari teammate, Carlos Sainz, already being in the pit. When the rain became too heavy, he was forced to come in, losing valuable time.
“It started to rain quite a bit at one point and we were very, very competitive in those conditions,” Leclerc said after the race. “The second and last sector, the third sector especially, was dry. So, I think what we were losing in the first and second with a bit of rain, we were gaining in the last one, so I decided to stay out.
“Then there was one lap where I doubted it but Carlos was just in front of me and was meant to stop that lap so I couldn’t stop at the same time. And then the lap after it was already too late. Then at that point, I knew my race was already compromised, so I tried to stay on slicks, hoping that the rain decreased, which didn’t happen.
“So, I’m disappointed with a race like this because obviously the first part was looking extremely good, some very good overtaking, some very good pace, and to finish 15th like this hurts.”
The weekend was not a complete disaster though, as teammate Sainz had a third-place podium win, giving his team a 15-point boost.
The new engine also seemed to be a good thing with Leclerc saying, “I feel that it is a little bit better, which is great. And obviously the data confirms it, so yes, it’s great to feel it and to see it.”
In the end, the top spot went to the struggling World Champ Lewis Hamilton with Max Verstappen in second.
Next up is the Turkish Grand Prix on 10th October where Leclerc can put his new engine to the test from, hopefully, a better pole position and in better conditions.