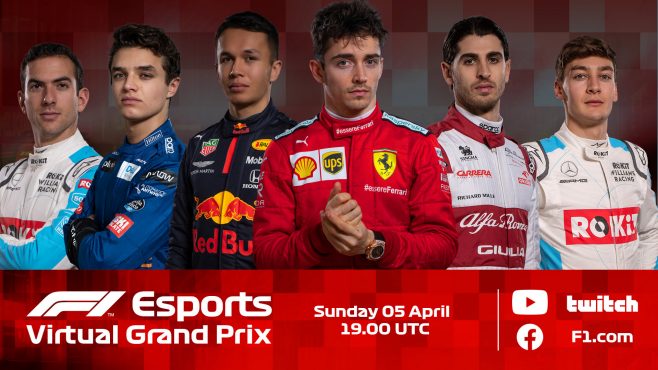 Monaco’s Charles Leclerc has been crowned the winner of his first esports match after successfully bringing home first place in a virtual Australian Grand Prix.
Two weeks after the first virtual Grand Prix set in Bahrain, Charles Leclerc, along with six other current Formula One drivers and several high-end gamers, hit the track in Melbourne’s Albert Park using Codemasters’ F1-2019 game.
There was a 28-lap race, preceded by a qualifying session, that saw today’s Formula One racing stars Alex Albon, George Russell, Lando Norris, Nicholas Latifi, Antonio Giovinazzi, and of course, Leclerc, participating in the exciting event. A total of 18 drivers took to the track from remote locations around the globe.
Leclerc’s younger brother Arthur joined in as well and found himself up against 2009 world champion Jensen Button, sim racer Jimmy Broadbent, and English Cricket World Cup winner Ben Stokes.
Ferrari’s Charles Leclerc took the chequered flag after also taking pole position, finishing 10 seconds ahead of Renault’s Christian Lundgaard. George Russell, racing for Williams, took the number three spot and Arthur Leclerc came in a hugely respectable fourth. Jensen Button managed 11th and Ben Stokes was the last to cross the line.
“Eight days ago [I bought the game], but I put quite a lot of hours into it. At least five hours each day,” said Leclerc, who took out the win from his home in Monaco.  “I was very silent, so my girlfriend is very happy,” he told the BBC.

The next race will be the Virtual Chinese Grand Prix, which takes place in two weeks’ time.