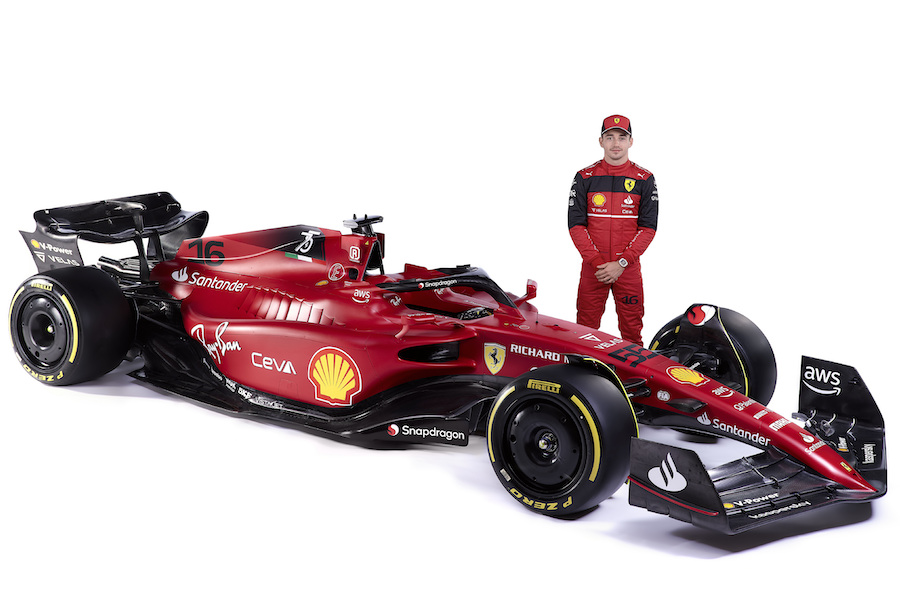 Ferrari’s challenger for the upcoming season, the F1-75, has been revealed in Maranello, its sleek, futuristic design catching the eye during a presentation with Charles Leclerc and Carlos Sainz.

A new set of regulations, brought in for the upcoming season, has revolutionised the appearance of the F1 car. The changes are, however, far from purely aesthetic. The aim is to create a car that follows better in the slipstream of other cars, hopefully providing more exciting, wheel-to-wheel racing. Laurent Mekies, Ferrari’s racing director, stated in a press release, “Our race team is gearing up for possibly one of the most surprising seasons of the last decade.”

The F1-75, whose name pays homage to the 75-year history of the Prancing Horse brand, is fitted with a slightly darker red livery. Commenting on the livery, Leclerc said during the presentation that, “It looks a bit more aggressive, and for a car like this, it fits perfectly.”

On its appearance in general, the Monegasque driver added, “I love it. I really, really like it, and I think I’ll love it even more if it’s fast on the track, but I absolutely love the look.”

This season’s car is the product of almost two whole years of work, and although the 2021 season was an improvement on the previous one, it was always clear that the team’s focus was on the development of the 2022 car with the new regulations in mind. It can be no surprise then that many are expecting a title challenge from Ferrari this season.

“This season is going to be very important for the team. The expectations are very, very high. We are making sure that all of the work that we’ve done behind the scenes will achieve good results during the season,” said Leclerc.

The 24-year-old will be hoping that the car, which he described as a “beast” on Twitter, will propel him towards a title-challenge which, given the regulation changes, is poised to be one of the closest and most exciting in recent history.

Click on the video below for more from Charles Leclerc….