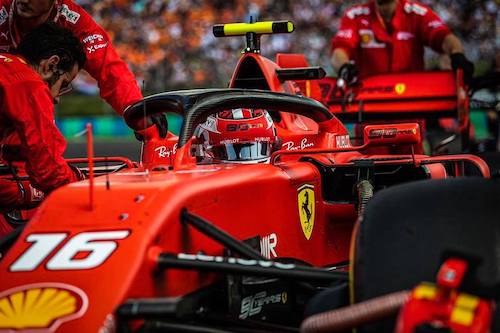 Charles Leclerc can’t catch a break these days. He went from pole position to fourth place, losing what should’ve been his race to win.

At the starting line, it would have been difficult to predict this outcome. Despite minor contact on the first lap between Leclerc and Vettel, there was no damage, and all seemed well, whilst Hamilton and Red Bull’s Max Verstappen hit a bit of trouble.

The second pit stop may not have been a total disaster for Leclerc, except that it was. It cost him a few seconds, and that may have been the difference between first and fourth place, though strategists differ on opinions on this.

This line-up at the top of the heap has marked many of the last several races, but rather than seeing up-and-comer Leclerc on the podium, rookie and managerial mistakes seem to have kept him from the top spot.

“I think I still need to do some work, in the race especially,” a humbled and remarkably honest Leclerc told Sky Sports after the race. “OK the strategy has not been good but I should have come on the radio and asked for something and be more decisive to help the team make the right decision. I need to learn from that and hopefully it will come with time.”