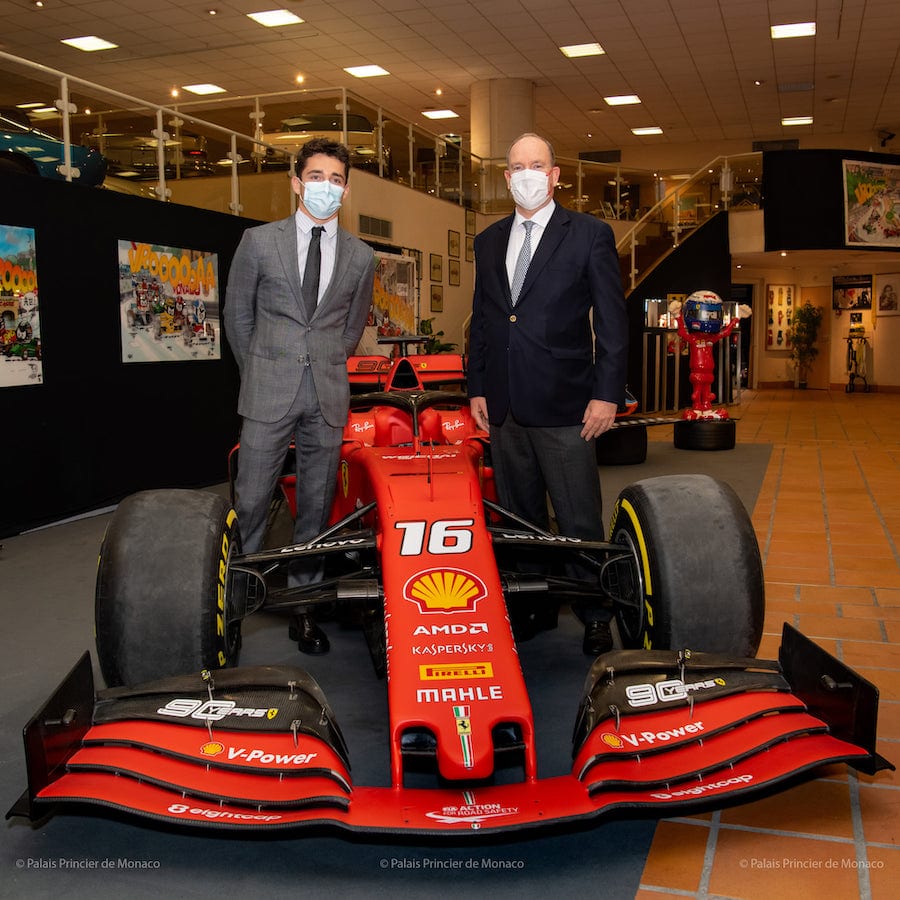 A Formula One Ferrari, identical to the one driven by Charles Leclerc in 2019, has been gifted to Prince Albert for his personal car collection and will soon be available to view by the public.
Charles Leclerc has entrusted the SF90 single-seater to the Principality after taking ownership from Ferrari headquarters in Maranello.
Equipped with its own engine, the racing car is identical to the one with which he won the Grand Prix at Spa in Brazil and Monza, Italy in 2019.
‘The Cars Collection of HSH the Prince of Monaco’ is a personal collection handed down from his father Prince Rainier III, who began to accumulate classic cars in the late 1950s.
Today, there are more than 100 cars within the museum walls at Fontvielle, from a 1903 De Dion Bouton to a 2013 Lotus, and now Charles Leclerc’s Ferrari.
The museum is temporarily closed due to the Covid-19 pandemic but will reopen its doors as soon as the situation allows.