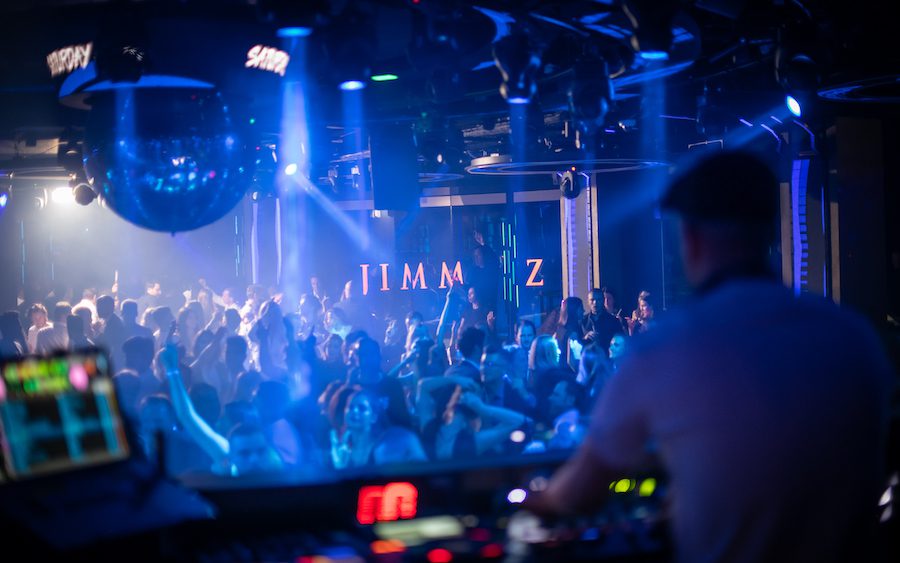 Monaco’s fabled Jimmy’z Sporting Monte-Carlo nightclub is reopening with much ado, some huge name DJ’s, and all the glamour that it is famous for.
The doors of uber-cool Jimmy’z fly open late Thursday after a long hiatus brought on by the pandemic. To mark the occasion, they have announced some serious musical talent for the agenda this summer, including Martin Solveig, Kungs and Virgil Abloh.
The nightclub has been a Monaco staple since its inception in 1971, a collaboration between singer and nightclub impresaria Régine Zylberberg and Société des Bains de Mer (SBM). It continues to attract jetsetters, celebrities, sports icons and the fashion crowd to its privileged location at Le Sporting complex, offering nights filled with music played by the best DJs and cocktails most people would need to take out a loan to afford.


At this den of the super-rich and famous, anything went, and still goes, and the champagne flows along with the music well into the wee hours.
Jimmy’z had a facelift back in 2017, leaving many of the aspects of the old, including the dancefloor and the lush garden, while adding a floating summer bar and open-air tables to give the club a more spacious feel.
Over the years, the club has attracted names such as Robin Schulz, Michael Calfan, Lost Frequencies, Martin Solveig, Bob Sinclar, Mark Ronson, FatBoy Slim, Big Ali and Benny Benassi to the turntables, a roster that would have any nightclub owner drooling, but is business as usual at Jimmy’z.

This year’s international artists include the “King of Afro House” Black Coffee on 30th July. Next up will be Virgil Abloh on 13th August, followed by Kungs on the 20th and Martin Solveig on the 27th.
Thursdays will be dedicated to ‘Go Deep’, a go-to for house music with an innovative musical line-up, famous artists and up-and-coming talents. Fridays are Urban Jimmy’z with Hip-Hop sessions from DJ Ollie and Saturdays are the domain of ‘Pop Heart’ nights featuring a Pop Art ambiance with artists and/or their original works on display.
The reopening is an exciting event, but not a total free-for-all.
The club has introduced some rules to keep the clientele safe, including mandatory health pass with a valid QR code, mask-wearing whilst in queue and the need to make a reservation.
Jimmy’z will be open from Thursdays to Saturdays inclusive until the end of August, and Fridays and Saturdays until the end of September, from 11:30pm to dawn.