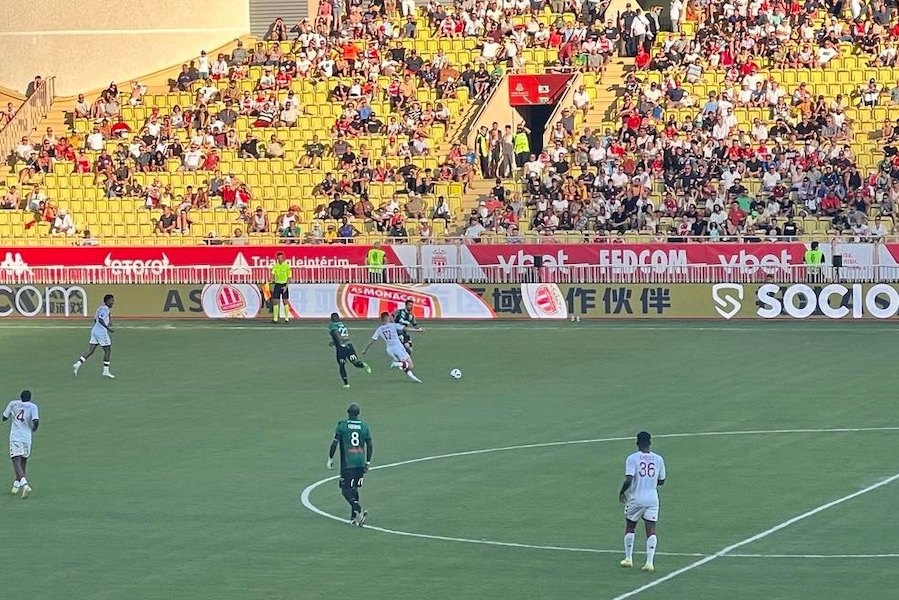 AS Monaco’s lengthy unbeaten run in Ligue 1 came to an end in emphatic style on Saturday, as RC Lens eased to a comfortable 4-1 victory at the Stade Louis II.

Lens had too much for Monaco from start to finish. Franck Haise set his side up with three midfielders to counter Monaco’s two, and that numerical advantage in the centre of the pack paid dividends.

Seko Fofana and David Costa had particularly impressive showings and they prevented Monaco from gaining a foothold in the match by essentially easing Eliot Matazo and Jean Lucas out of the game altogether.

Lens raced into an early lead thanks to a Loïs Openda tap in at the back post. Despite the scoreline, Monaco did, however, have chances, but they lacked the efficiency of their opponents in front of goal. Takumi Minamino, who is yet to get off the mark in Monaco colours, had a shot well saved by Brice Samba, whilst Jean Lucas should have done better with the rebound, but could only slice wide.

Monaco would pay for that miss. A long Fofana ball wasn’t sufficiently dealt with by Vanderson, who was robbed off possession by Deiver Machado. The latter then surged into the box and finished low past Alexander Nübel.

That goal stirred something in Monaco, and momentarily at least, there was a reaction. Benoît Badiashile headed in a Caio Henrique corner on his return from injury. Just seconds later, Monaco could have restored parity as Krépin Diatta and Wissam Ben Yedder broke at pace, but the latter’s shot within the box was easily blocked.

Despite the arrival of new signing Mohamed Camara at half-time, Monaco still lacked the ability to control the midfield battle, and for that they paid a heavy price. Lens were awarded a cheap penalty when Breel Embolo was adjudged to have fouled Florian Sotoca in the box, despite very limited contact.

Fofana then blasted home to give Monaco a mountain to climb. The summit of that mountain then became even more distant when Vanderson was shown a second yellow, and a subsequent red card.

From there on in, it was an exercise of damage limitation. When Wesley Saïd cut inside Diatta to make it 4-1, there was an impression that things could have turned ugly. However, the score remained at four.

The comprehensive defeat is Monaco’s first since mid-March, whilst Lens’ long unbeaten run, which stretches back to the beginning of April, continues,

Post-match, Philippe Clement told Monaco Life, “The team didn’t stop, but we didn’t play with the same conviction as we have had in the past months. We were less stable, less collective, less compact and we must once again create this base for the next match.”

Things don’t get any easier for Monaco. Bouncing back against PSG at the Parc des Princes will be a very tall order, and although they have a slight respite against Troyes the following Wednesday, they then face local rivals OGC Nice and Lyon. 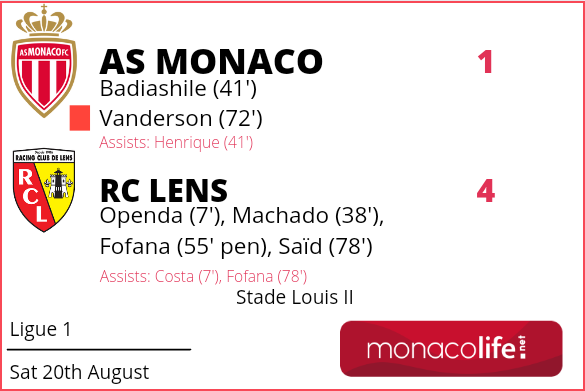