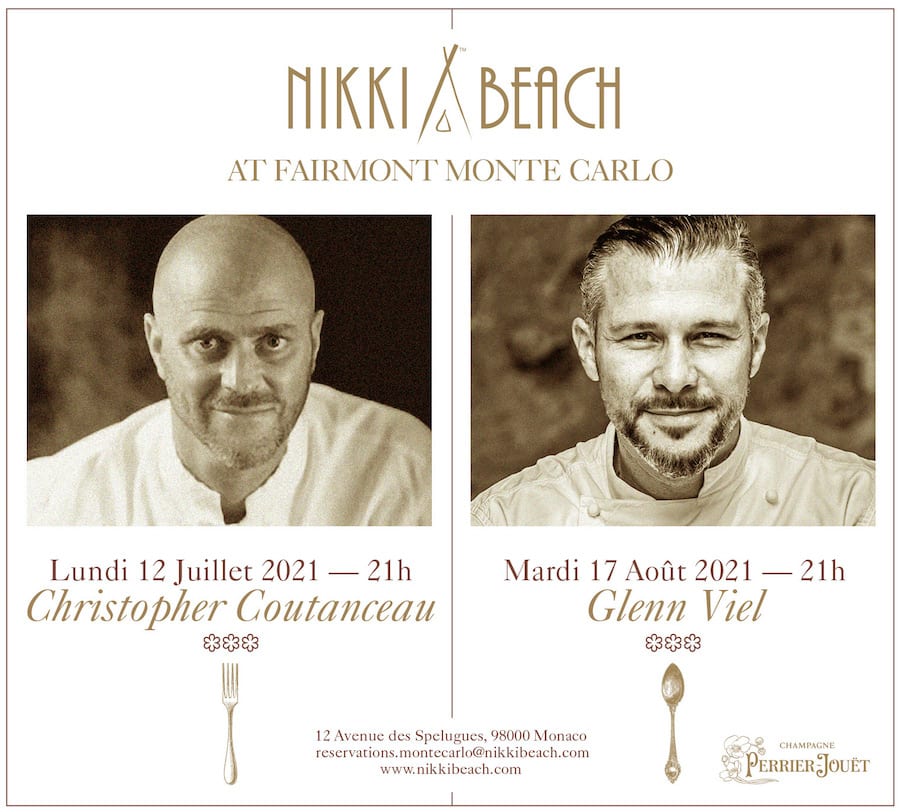 Nikki Beach at the Fairmont Monte-Carlo will be hosting a dinner series featuring Michelin-starred chefs, all offering their takes on dishes made exclusively from fresh, local ingredients.

Nikki Beach will be hosting the Les Dîners Étoilés (The Starry Dinners) series from 12th July to 17th August.

The cheeky double-entendre means that diners will not only be treated to a meal under the stars but will be served meals by Michelin-starred chefs. This is the first year that the Fairmont Monte-Carlo will host the four-year-old event, which was first launched at Nikki Beach in Saint-Tropez.

The selected chefs will take over the kitchen at the hotel in order to create gastronomic wonders using only fresh, local produce that will tantalise the taste buds, be healthy and gorgeously prepared.

Chef Coutanceau, who hails from his namesake restaurant in La Rochelle, will start off with an appetiser of crystalline langoustine tartare, followed by a wild marsh prawn in fine jelly. He is calling his main course the “Lean line” served with courgettes and kumquats, and the meal will be finished off with a foreshore dessert, following his reputation as the “Fisherman Cook”. The night is limited to 120 guests and is €200 per person without wine and champagne pairing, or €250 with.

The second night at the Fairmont will feature Chef Glenn Viel from the restaurant L’Oustau de Baumanière in Les-Baux-de-Provence. Chef Viel received the 2020 Sustainable Gastronomy Prize from Michelin for his continued successes in having a sustainable kitchen. He has yet to reveal his menu, but it has been confirmed that it will be €200 per person with a 120-guest limit.

Both nights are sure to be unforgettable.