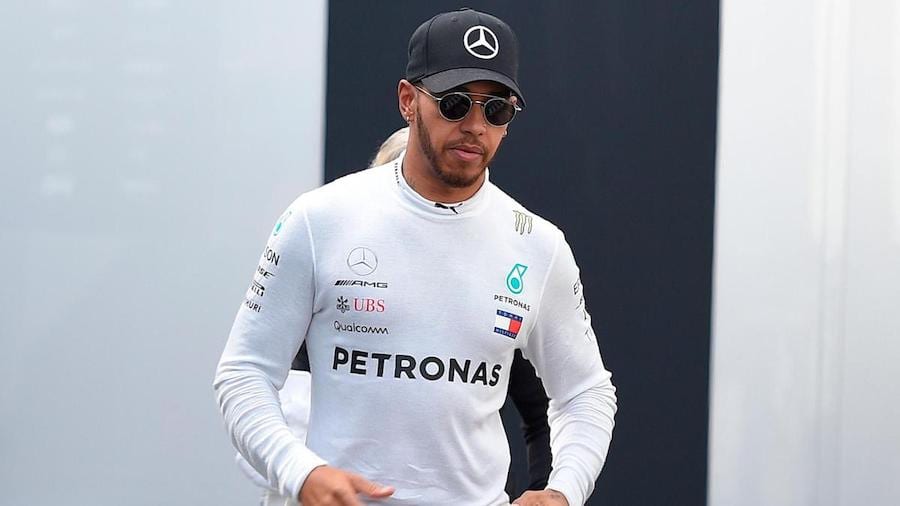 Seven-time Formula One world champion and Monaco resident Lewis Hamilton will miss this weekend’s Sakhir Grand Prix after testing positive for Covid-19.
News broke on Tuesday that Hamilton had tested positive for the virus on Monday, just one day after his victory at the Bahrain Grand Prix.
The PCR test was mandatory for the upcoming Sakhir Grand Prix at the same circuit this weekend.
His team Mercedes said that Hamilton had tested negative three times the previous week, including Sunday afternoon ahead of the Bahrain Grand Prix, but he woke up Monday morning with mild symptoms and subsequently tested positive. He was reportedly informed on Monday that a contact prior to his arrival in Bahrain had also tested positive.
Hamilton returned to his home in Monaco after his title victory in Turkey to spend time with his family before travelling to Bahrain.
“In accordance with COVID-19 protocols and public health authority guidelines in Bahrain, he is now isolating,” said the sport’s governing body, the FIA, in a statement on Tuesday.
“The procedures set out by the FIA and Formula 1 will ensure no wider impact on this weekend’s event.”
Mercedes added that “apart from mild symptoms, he is otherwise fit and well”.
The 35-year-old has already secured this year’s drivers’ title, but he will miss this weekend’s Sakhir Grand Prix and could miss the season finale the week after in Abu Dhabi if he fails to return a negative test following 10days in isolation.
Sunday’s race will be the first Hamilton has missed since his F1 debut at the 2007 season-opening race in Australia.
“I’m devastated that I won’t be racing this weekend,” Hamilton wrote in an Instagram post. “Since we started the season in June, my team and I have been taking all the precautions we possibly can and following the regulations everywhere we’ve been in order to stay safe.
“Please look after yourselves out there, you can never be too careful. These are worrying times for everyone and we need to make sure we are looking after ourselves and each other. Stay positive.”