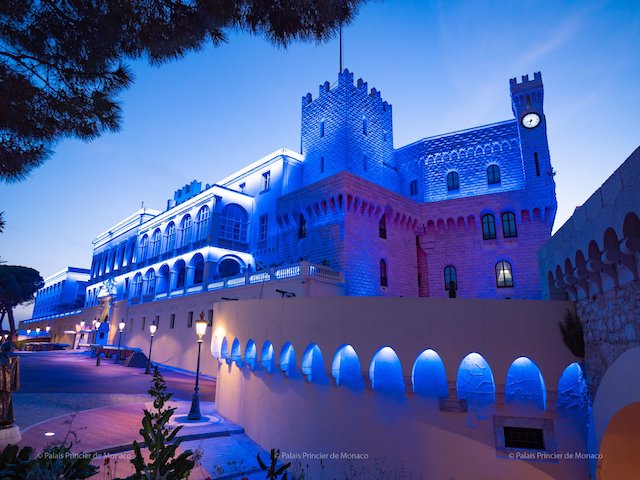 The Prince’s Palace and the Grimaldi Forum have joined in the worldwide campaign #LightItBlue, supporting health care workers and those on the front lines fighting the Covid-19 crisis.

The two buildings were bathed in blue on Thursday evening to celebrate the efforts of those putting themselves on the line to fight the coronavirus and keep us safe.

The shout out is obviously meant for doctors, nurses and first responders, but also to those keeping the business of life humming along, such as supermarket employees and sanitation and municipal workers, despite the standstill the rest of us are experiencing.

#LightItBlue is a growing worldwide phenomenon that started in the UK. Notable landmarks such as the Empire State Building in New York City, the Space Needle in Seattle, the Komazawa Olympic Park in Tokyo, and Tower Bridge in London have all gone blue and the list continues to grow.

Much like its sister campaign, #MakeAJoyfulNoise, which encourages people to applaud from their windows and balconies each evening, the lighting initiative is meant to deliver a unified “thank you” to all those who have been risking their lives to save ours during the health crisis.