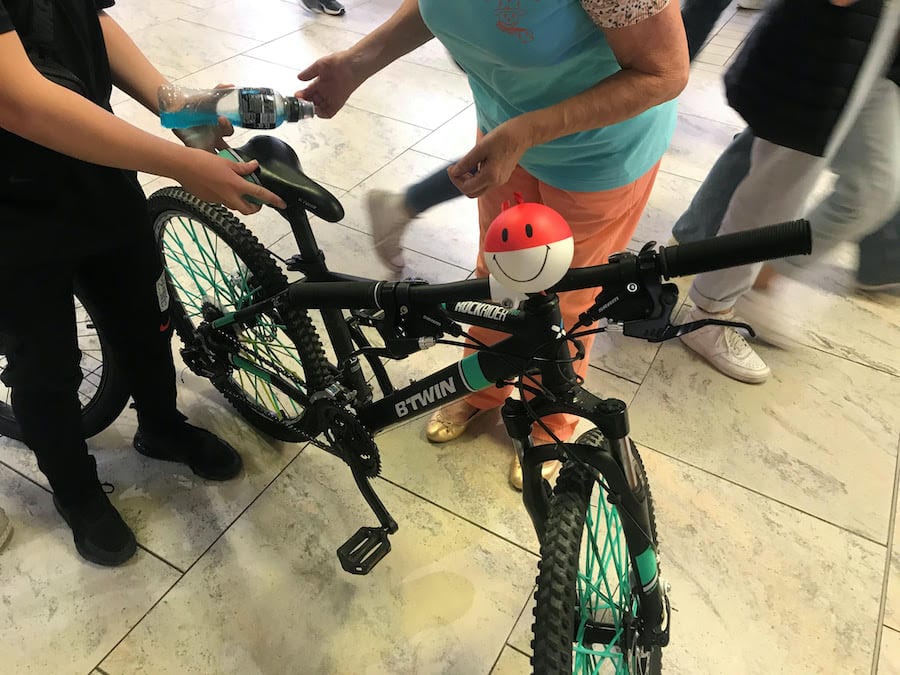 Red Nose Day will take on a patriotic tone this year, as local charity Les Enfants de Frankie releases a limited number of red and white ‘noses’ as part of its popular fundraising campaign.

From now until 6th December, the cheerful foam balls that represent the Red Nose Day movement will be adorning the cars, bikes and even scooters of those who are supporting the cause.

The Monaco version was started 16 years ago by Les Enfants de Frankie, a local association that works with sick, disabled or underprivileged kids in the Provence-Alpes-Côte d’Azur (PACA) region. With their partners EFG Private Banking and Smiley World, who supply the balls, they have sold over 90,000 red noses since 2004.

This year, for the first time, white and red balls in the colours of the Principality will be on offer. They can be picked up at newsagents, in pharmacies, post offices and at Carrefour in Fontvieille. The noses are €2 and only a limited number – 7,500 – of the special edition dual-coloured balls will be available.

“Our humanitarian action is fundamental in these difficult times because it will allow the association to carry out its projects for children in the months to come,” Les Enfants de Frankie said in a statement to the press. “A ‘nose’ equals a symbolic €2 but everyone’s participation makes the difference.”

The actual Red Nose Day in Monaco is 6th December, which coincides with Saint Nicholas’s day as the Patron Saint of children.