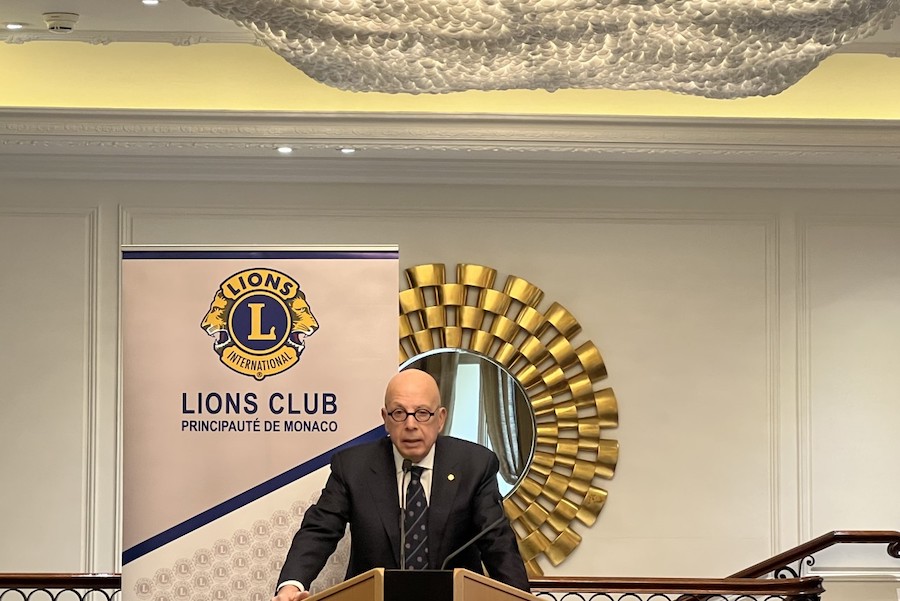 The works of local artist Marcos Marin, including sculptures of Josephine Baker, Princess Grace, Audrey Hepburn and Frank Sinatra, will be auctioned at the Lions Club gala in April, the funds contributing to the group’s humanitarian work.

It was announced in a press conference on Monday that the Brazilian artist, who is known for his optical works, will be auctioning off four of his sculptures in order to raise funds for the Lions Club.

The Lions Club is a humanitarian group that is engaged in helping deprived people both in the local region and globally. The club, which consists of 38 members, is this year celebrating its 60th year, having been founded in 1961.

After last year’s postponement due to pandemic restrictions, the gala will return to its usual slot this year on 2nd April and will take place under the patronage of Prince Albert II.

Although the gala, which is important for raising funds for the club’s humanitarian activities, was postponed last year, it didn’t prevent them from doing work on the ground. Notably, they raised funds to donate a dump-truck to the local town of Tende after they were devastated by the storm.

In the aftermath of the explosion that shook the Lebanese capital of Beirut, they also donated digital tablets to school children for them to continue their studies.

While the gala at the Salle Belle Epoque in the Hermitage Hotel in Monte-Carlo is almost sold out, it is still possible for the public to participate in the auctioning of Marin’s works over phone.

People will also be able to see the Aston Martin DB11 from James Bond that will be on display, as well as all of Marin’s works that are up for auction.