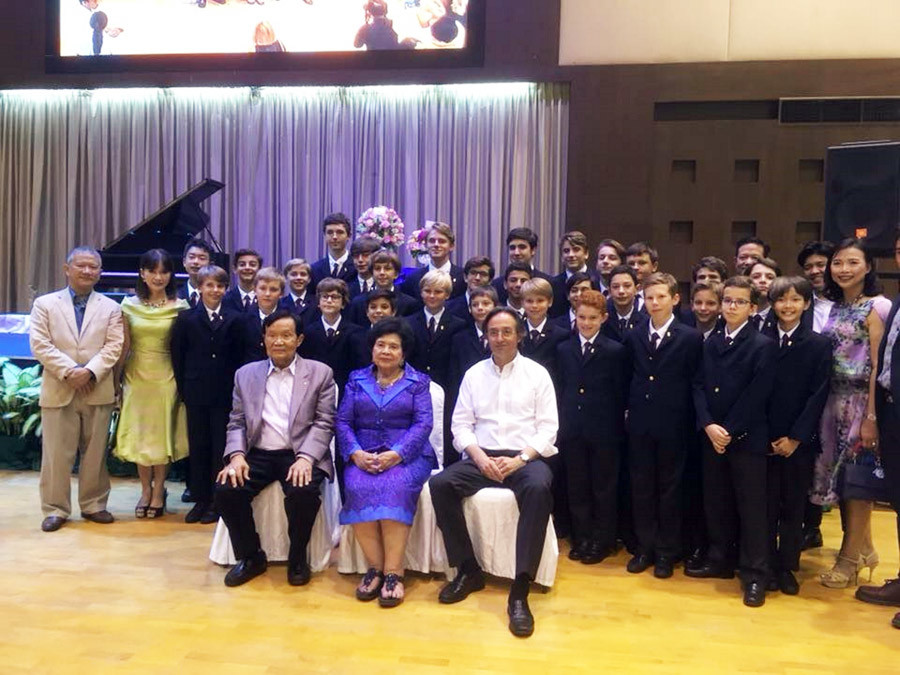 This year the Little Singers of Monaco gave the first recital of their summer tour at the auditorium of Assumption College in Bangkok, Thailand, to an audience of 1,500.

The young Monaco choristers had previously been invited to give a performance at the Royal Sports Club in Bangkok at a reception held in their honour by the Honorary Consul General of Monaco in Thailand.

The Little Singers of Monaco have contributed to the artistic and spiritual life of the Principality since 1974. Under the High Patronage of Prince Albert II, they travel the world for concert tours, representing the Principality and always leaving a lasting and positive impression. 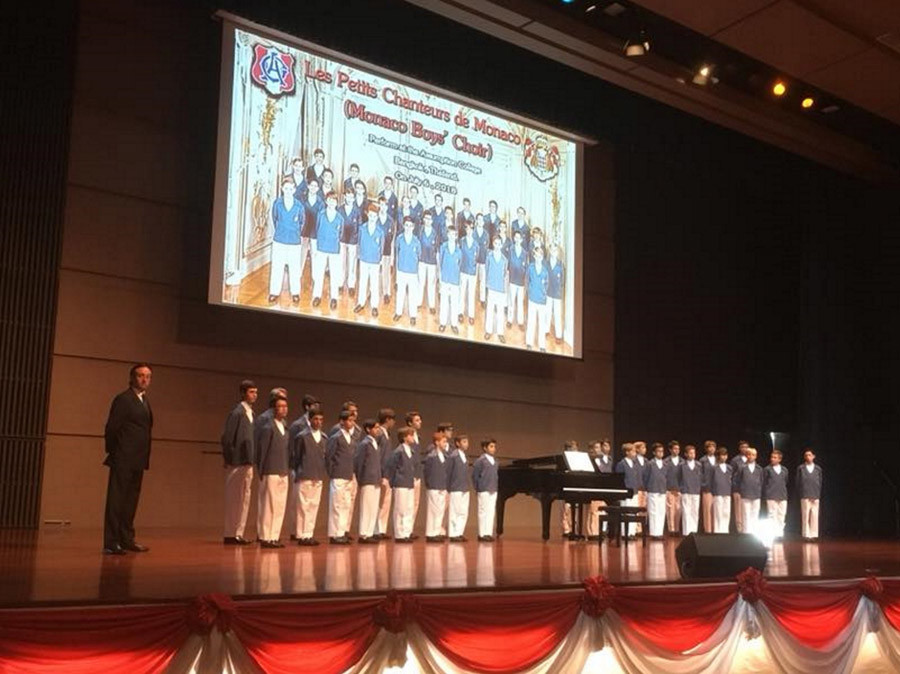 The Bangkok concert was the first leg of a tour that is taking the Little Singers from Monaco to Vietnam, South Korea and Japan until July 26.

And, as “no party is complete without a Cup from which to drink champagne”, the Gustavia Yacht Club has commissioned, “at significance expense”, from master craftsmen in the UK a Sterling Silver Cup that the 2018 winner will get to keep for one year. In January 2019, it will be replaced with a smaller keepsake version and the original cup will be up for winning for the second edition of the St Barts to St Kitts race. The exclusive Gustavia Yacht Club, founded in 2016 and with more than 200 active members, has been actively helping the community of St Barts to cope with the effects of the hurricane IRMA on September 5, 2017. The Club has already raised and dispensed €190,000 to worthy causes on the island. The February sailing yacht race will also showcase Christophe Harbour in St Kitts. With its elite superyacht services and world-class amenities, this naturally protected harbour is certain to be the Eastern Caribbean's next premier yachting destination. The marina – which offers secure alongside mooring, 24/7 dockage access, a deep-water harbour with wide turning basin, in-slip fuelling, and ample power for superyachts up to 250 ft – provides onsite customs clearance and immigration services, as well as a warm welcome to owners, captains and crew visiting or home porting. Yacht owners interested in the Gustavia Yacht Club-Christophe Harbour CUP should email info@GustaviaYachtClub.org, or call Celia +590 690 85 58 37 or Cristina +39 348 37 068 61 – no later than January 30.

Organisers may cancel the event if there is not enough yacht participation.

Local News Cassandra Tanti - November 2, 2020
The appeal trial for Wojciech Janowski, sentenced to life in prison for ordering the assassination of Monegasque billionaire Hélène Pastor, has begun in Aix-en-Provence.