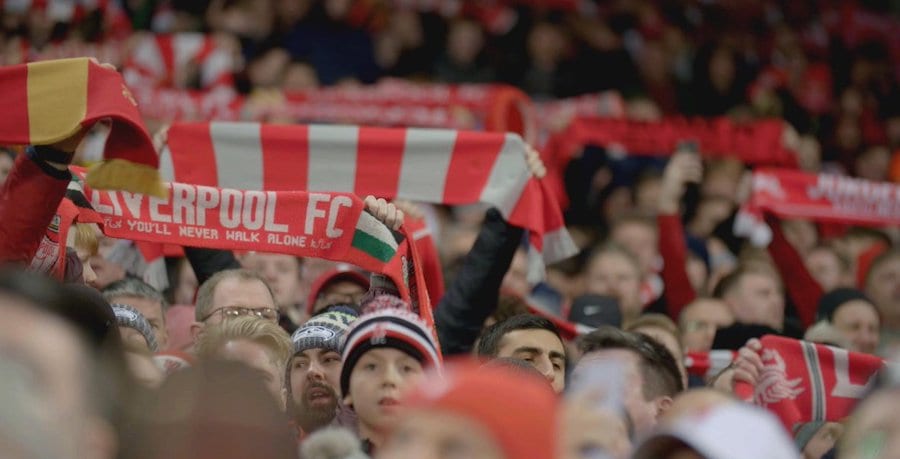 A documentary about Liverpool football club and its rise to the top of the English league in a year marked by the Covid health crisis has earned its creator Marc Sauvourel top prize at this year’s Sportel Awards in Monaco.
Despite an uncertain health climate and new restrictive measures put in place in France and the Principality of Monaco, Sportel Awards maintained its Awards Ceremony on Tuesday 27th October, while respecting the current health protocols.
Under the High Patronage of H.S.H. Prince Albert II, the Sportel Awards Ceremony rewarded the most outstanding sports images and the best sports book of the year.
The jury, chaired by four-time world judo champion Clarisse Agbegnenou, debated for two days in Monaco to select the finest works from the numerous submissions by production companies worldwide.
A host of great sports champions were on stage at the Prince Pierre auditorium of the Grimaldi Forum to present the prizes to the 2020 winners.
At the end of the ceremony, Prince Albert II and the jury president presented the Jury Prize to ‘Out of the rain’ by Marc Sauvourel, aired by CANAL+, France.
The documentary tells the story of English football club Liverpool. “With four national titles won in the 1970s and six more won in the ’80s, the club lost some of their lustre in 1990s. Thirty years later, the Reds supporters returned to the immeasurable joy of a final victory at the end of a season quite unlike any other.”
The 2020 Sportel Award winners:
Best Slow Motion Prize – FairPlay, Michael Lasserre – World Athletics Monaco
Discovery Prize – Risques en cascade, Pierre-Etienne Léonard – France Télévisions, France
Innovation Prize – Virtual fans, Ryunosuke Hosaka – TBS Television Inc., Japan
Best Promotion Programme – Boston Celtics deadly challenges Steve Davis – The Famous Group, USA
Advertising Prize – Christian Blachas – PMU Sport: Émotions fooooooooortes ! Agence Buzzman, France
Digital Prize – WWE ThunderDome – Virtual Fan Experience, Jon Slusser, Chris Kaiser, CJ Davis, Matt Marcus – The Famous Group,
Jury Prize – Out of the rain, Marc Sauvourel – Canal +, France
Peace and Sport Documentary Prize – Into the storm, Adam Brown – Raw TV Ltd, United Kingdom
Sport Book Prize – A life behind the lens – Thirty years of award winning photography of sports most iconic moments, Richard Pelham – Pitch Publishing Ltd, United Kingdom

Watch ‘Out of the rain’ by clicking here.

Photo: Screenshot of ‘Out of the rain’ by Marc Sauvourel, aired by CANAL+, France.