Living peacefully with orangutans in 2020 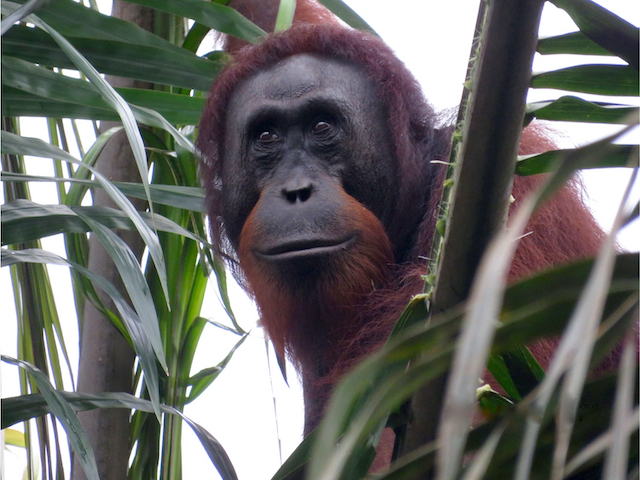 Since 1996, Marc Ancrenaz, through his NGO HUTAN, has been identifying ways for people to co-exist and share habitats peacefully with orangutans in the Sabah rainforest, Malaysian Borneo.

Dubai[/caption] The price of a prime apartment in Dubai is approximately €7,200 ($8,400) per square metre, putting the Gulf state far behind other cities in the top-end price tables, at 34th position, according to a report from New World Wealth. Monaco, with an average price of €41,000 ($48,000) per square metre, remains the most expensive city for prime property out of the 54 destinations included in the study by the market research firm. Monaco is followed by New York – which has just overtaken London. Dubai trails behind Saint-Tropez, Paris and Nice in France, as well as Rome, Florence and Milan, The Hamptons, Los Angeles, Miami and San Francisco, as well as a number of Asian hotspots such as Hong Kong and Beijing. “Notably, prices in New York, Sydney, Beijing and Shanghai all rose strongly over the past 12 months, while prices in London, Parish and Rome are all down,” said New World Wealth. Andrew Amoils, Head of Research at the company, said that prices in Dubai's prime real estate are still rising, aided by the continued influx of wealthy individuals into the city. "Most of the wealthy people moving to Dubai are coming from Africa and the Middle East. I would imagine Dubai should break into the top 30 worldwide within the next ten to 20 years. It is certainly an up-and-coming hotspot," he told Gulf News. Dubai tops the list in the Arab world, with Abu Dhabi following closely behind in 35th position. The other two Gulf cities included in the study, Doha and Riyadh, occupy 38th and 40th place, respectively. New World Wealth analyses the top prime property hotspots worldwide as part of its “Global Wealth Migration Review”. The latest data reflect the prices of prime property as of September 2017.

News Stephanie Horsman - September 23, 2019
An astounding list of auction items and lifetime experiences will go under the hammer at this week’s Monte-Carlo Gala for the Global Ocean. Among 36 of the most impressive lots ever seen in the Principality are Prince Albert’s customised DaVinci Hyper electric supercar, his personal electric powerboat and a magnificent Giberg Niura sapphire watch, items which alone could fetch close to a million euros. The final auction list of 36 lots has just been announced and it reads like the ultimate wish list. But if the jaw-dropping auction wasn’t enough to impress, there is the long list of celebrities who will be headlining the event, not to mention an appearance by human-like robot Sophia AI. The third annual Monte-Carlo Gala for the Global Ocean is set to be held on Thursday 26th September on the terraces of the Opera House. Presided by HSH Prince Albert II of Monaco and founded by Global Fundraising Chairman Milutin Gatsby, the gala will conclude a week of activities dedicated to the health of our Ocean. In bringing together global philanthropists, policy makers, business leaders, scientists and celebrities, Prince Albert and his foundation will once again take the lead in bringing solutions to scale and address the existential crisis facing the world’s Ocean and its impact on our climate. [caption id="attachment_36927" align="aligncenter" width="900"]

HSH Prince Albert II, HSH Princess Charlene, Orlando Bloom and Katy Perry with a host of performers at the gala © Eric Mathon Palais Princier[/caption] Guests of the gala will be treated to a star-studded evening that will include performances by Gwen Stefani, Andrea Bocelli and 70’s favourites Kool & the Gang, while Robin Thicke will host the extravaganza after-party at the ultra-chic private lounges of the Monte Carlo Casino. Hollywood stars Nicole Kidman, Uma Thurman and Andy Garcia will serve as Masters of Ceremony, while film legend Robert Redford will be honoured by the Prince for his outstanding career and exceptional commitment for environmental protection. [caption id="attachment_37558" align="aligncenter" width="900"]

DaVinci Hyper electric supercar edition 1/1 customised personally for HSH Prince Albert II of Monaco[/caption] Guests will be encouraged to put their hands in their pockets to support the foundation’s worldwide initiatives in favour of a sustainable Ocean, but in exchange they will be receiving some of the most incredible auction items ever seen in the Principality. Auctioneer Simon de Pury will have the great privilege in offering up to the highest bidders the Sovereign Prince’s customised DaVinci Hyper electric supercar, a collector’s Aston Martin V8 vantage ‘X-Pack’ engraved by the Prince, a first edition of The Great Gatsby signed by Robert Redford, plus the Prince’s gorgeous personal electric powerboat. [caption id="attachment_37559" align="aligncenter" width="900"]

The Great Gatsby - first edition book signed by Robert Redford[/caption] A vintage Rolex Submariner watch owned by the Prince, a stunning Giberg Niura ladies sapphire encrusted watch made exclusively for the gala, a sculpture of perennial favourite Mickey Mouse by The Marbleman, and a ceramic owl fashioned by Picasso are also on the block. [caption id="attachment_37561" align="aligncenter" width="900"]

Magnificent Giberg Niura sapphire watch[/caption] But it doesn’t end there. Several once-in-a-lifetime experiences are also up for grabs, including a private, fully catered dinner for 33 at the Château de Versailles worthy of Louis XIV, an exclusive evening at the Eiffel Tower where it will be closed to all but the winner and their guests, an Arctic expedition in 2020 with HSH Prince Albert II himself, a magical day and evening with Italian singer Andrea Bocelli at his Tuscan home or in Miami, and "the ultimate" Hollywood Oscar Week with Prince Albert II of Monaco. All proceeds from the evening help the foundation to pursue and scale up its priority programs that include the creation of marine protected areas, mitigating the impact of climate change on the Ocean, and the fight against sea plastics and pollution.   Written by Cassandra Tanti and Stephanie Horsman