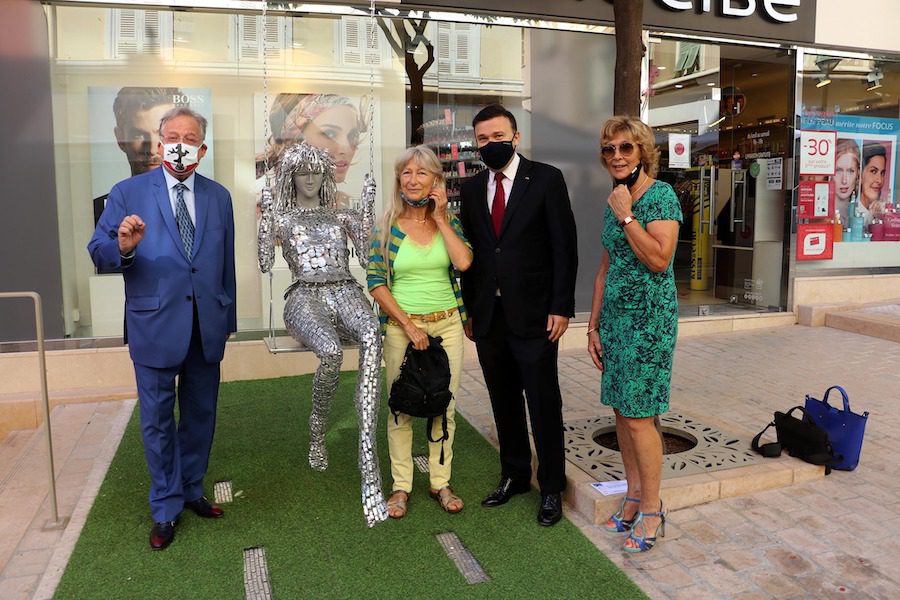 Monaco association Artists in Movement is putting the dark days of the pandemic behind and dotting the Rue Princesse Caroline with unique, exceptional works of art intended to delight and inspire.

The pandemic has been a trying time for everyone, particularly those who make their living in the artistic realms. Now, artists have come together to display their off-the-beaten-track pieces at the 7th Sculpture Biennial on Rue Princesse Caroline.

The National Council has made a special point of visiting the site to support the artists and, during a private visit, President Stéphane Valeri accompanied by Daniel Boeri, President of the Committee for Culture and Heritage, and Michèle Dittlot, the Committee’s Vice-President, discovered of the Biennial’s 15 works.

Since 2009, the Sculpture Biennial has exhibited works in places that are not necessarily intended for such a purpose, opening the doors between their world and the public. This year’s theme, ‘An air of freedom’, seems particularly apt in light of the worries stemming from the past two years.

Artists in Movement was founded in 2008 by Bernard Tétu, an artist and entrepreneur, who wanted to create an organisation that defined itself as both humanistic and artistic. The association sponsors several charity events and programmes, notably the building of a cultural centre in Burkino Faso which has since hosted exhibitions of local artists, as well as concerts and shows.

The Sculpture Biennial will be available for all to discover from 14th September to 22nd October at several locations along the Rue Princesse Caroline.