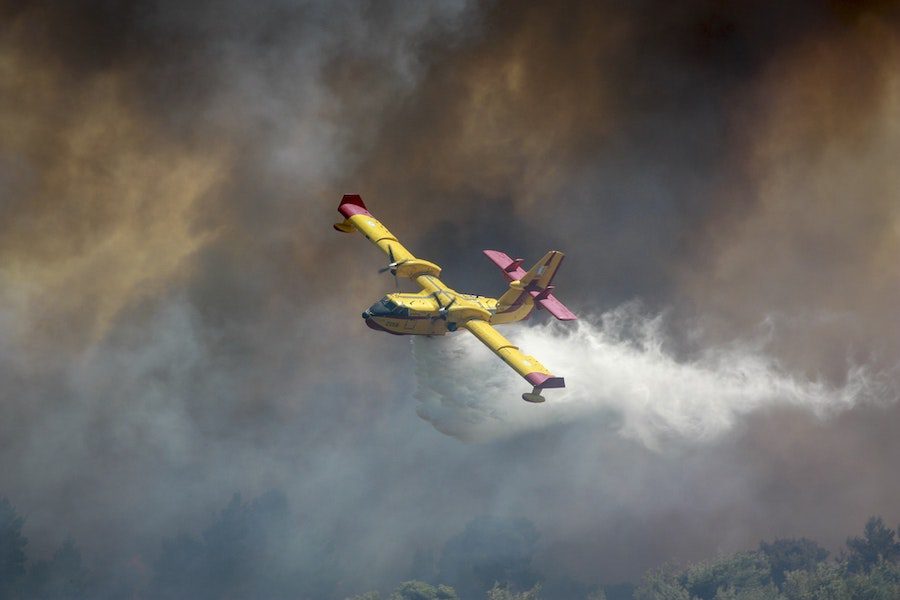 Firefighters from the Alpes-Maritimes have been deployed to the Greek island of Evia to assist in battling blazes that have claimed 56,000 hectares over the past 10 days.
On Sunday evening, 23 firefighters from the Alpes-Maritimes left Evia to help try and contain the fires that have decimated large areas in the north of the island.
Evia, or Euboea as it is also known, is the second largest Greek island after Crete and also boasts the second largest population of any island. It is separated from the mainland by a narrow strait and is about 180km long and a mere 200km from Athens.
Dozens of homes and acres of forest have been razed to the ground, whilst hundreds have been ordered to evacuate to escape. Some refused to go, leading to rescue missions where villagers were picked up by sea on Monday morning.
The Riviera-based firefighters first crossed the Italian border at Ventimiglia where they will reach Greece by sea. They will have a short stopover in Bari, Italy to take a ferry which will carry the personnel and machinery. The region is sending four water tanker trucks in addition to manpower and general equipment. Other French firefighters from Bouches-du-Rhône have already been on site for a few days.

In Greece, public anger has grown at the government’s slow response to this summer’s spate of fires, brought on by record-breaking heatwaves and strong winds, and made worse by a lack of proper equipment to stop the flames from marching steadily into more towns.
“The fire was our destiny, no one could have put it out,” Vangelis Katsaros, who lost his entire farm to the blaze, told the BBC.
Kleilia Dimitraki, president of the Evia village of Monokaria fears her town and the island will never recover.
“Ιt is a holocaust. All the villages, the whole area is finished, finished,” she said.
“All we are saying today is that we are fortunate to be alive.”
Firefighters worked until dawn on Monday in the village attempting to stop the flames from reaching the nearby town of Istiaia.
The villages of Kamatriades and Galatsades were to be the priorities of the firefighters on Monday. Because “if the fire passes by there, it will be in a thick forest and difficult to extinguish”, according to the firefighters quoted by the ANA.
Over 1,000 firefighters, planes and extra equipment have been flown in by other countries, including several EU states, Russia, the UK and US. The EU has said it was “one of Europe’s biggest ever common firefighting operations.”

Photo by Filippos Sdralias on Unsplash