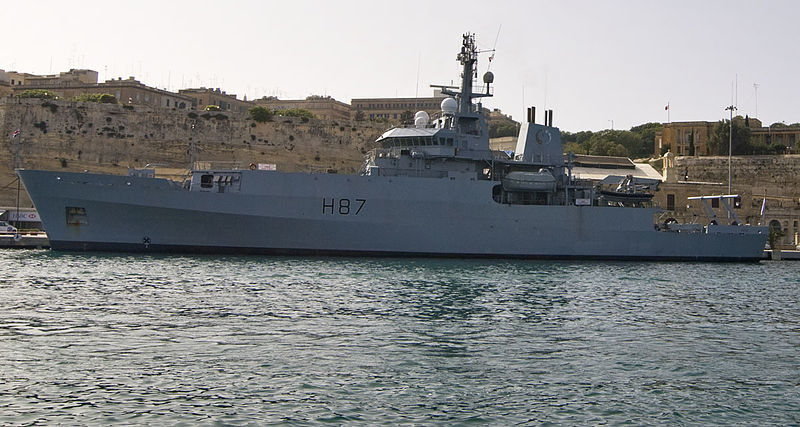 The 90-metre Echo will spend just a few days berthed in the port before resuming her work of updating Admiralty Charts of the Mediterranean, Red Sea and Indian Ocean, and saving migrants from drowning.

This British warship will be busy displaying her advanced equipment to the foreign hydrographers attending the conference, and a reception hosted by the Navy on April 26, will be reserved for delegates from IHO Member States worldwide. However, the ship’s company do want to meet local British residents.

People wishing to “Meet the Navy” and who are able to show some of the crew around, on foot, by car or by boat, should contact Commander Michael Healy (mhealy@orange.fr) or Beverley Holt (Beverley@bandbintenational.com) indicating availability and contact details.

Hosts are likely to be invited onboard for a short private tour by their Royal Navy guests, but this cannot be guaranteed. The ship will be too busy to receive the public onboard.

“Any British family with teenage boys or girls wondering about a future exciting and varied career would do well to take the chance to talk to these enthusiastic visitors and enquire about chances for sea experience in the summer,” Commander Healy said.

Echo made a port call in Monaco in October 2014 – the crew described it as a “memorable visit.”

During the visit, there will be other coordinated events at local bars and also fun activities, like bowling, as well as, hopefully, tours of the Casino and Oceanographic museum.

Previous articleInvitation to a private tour of Japanese Garden
Next articleNew in Monaco: the best food … in jars!
Staff Writer