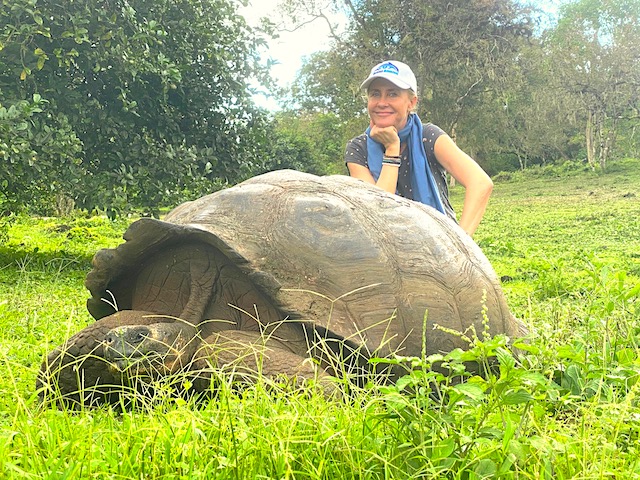 Monaco’s Irina Peterson reports on her adventure of a lifetime to help save the Oceans.

Quito met the highest expectations! When I say “highest”, it is also because its at a 2,800m altitude. Arriving after a long journey from Monaco, my adjustment here was a bit difficult. I was gasping for air every few steps I took, but what an interesting place. The old colonial town is a beautiful architectural collection of churches, cathedrals and state buildings. I should have had more time to visit, take time and learn all the great history of this lovely part of Quito. 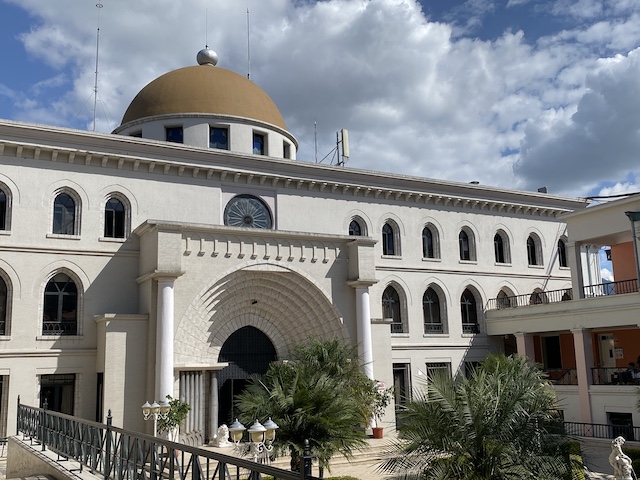 The highlight of my stay in Quito was a visit to San Francisco University (USFQ) and meeting the Dean of Scientific Programs, Research and External Affairs Diego Quiroga. He is also the Director of the Galapagos Campus, a four-year master program in Environment and Sustainability. 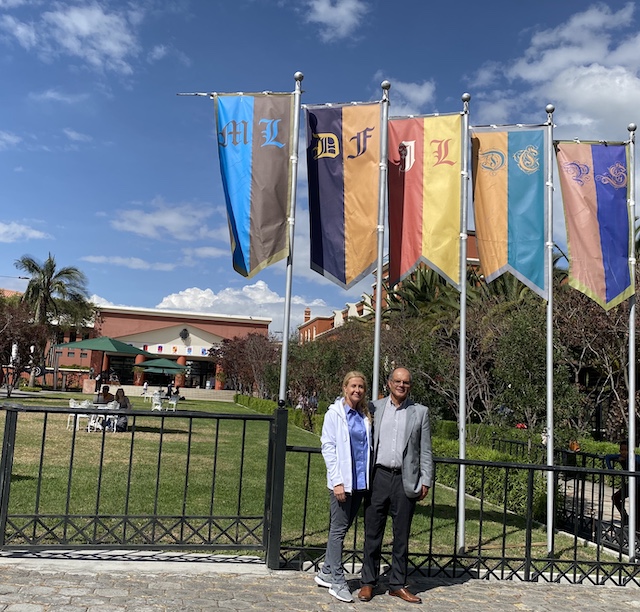 Stay tuned for my post on 14th of February from Galapagos and you will learn more about this project and the bridge we are creating with Monaco. Diego has many reasons to be proud of what USFQ has achieved in its three decades of existence. With a campus of over 8,000 students, it is truly one of the best universities in South America. Here are some pictures from my visit on the campus. 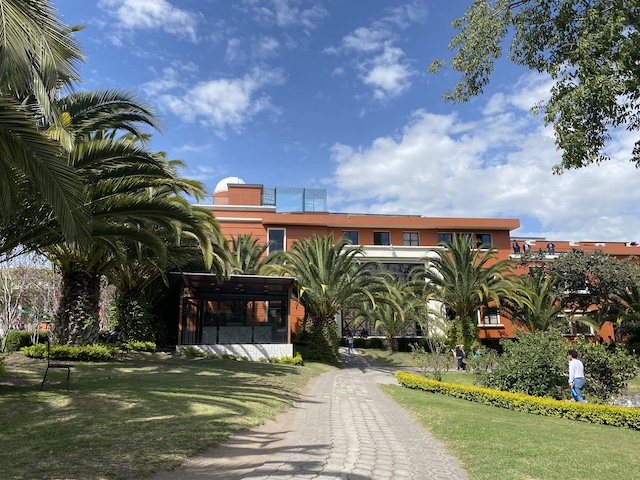 It is a dream came true … arriving in Galapagos and being surrounded by all its incredibly rich nature! I made a few friends among the giant land tortoises – this one I named Sancho. He is huge and about 100 years old.

It was very exciting to finally arrive at the Charles Darwin Foundation, where I was met by Maria Jose – the Science Director, together with the fundraising team and Macarena, the scientist in charge of the joint project with the Prince Albert II of Monaco Foundation. 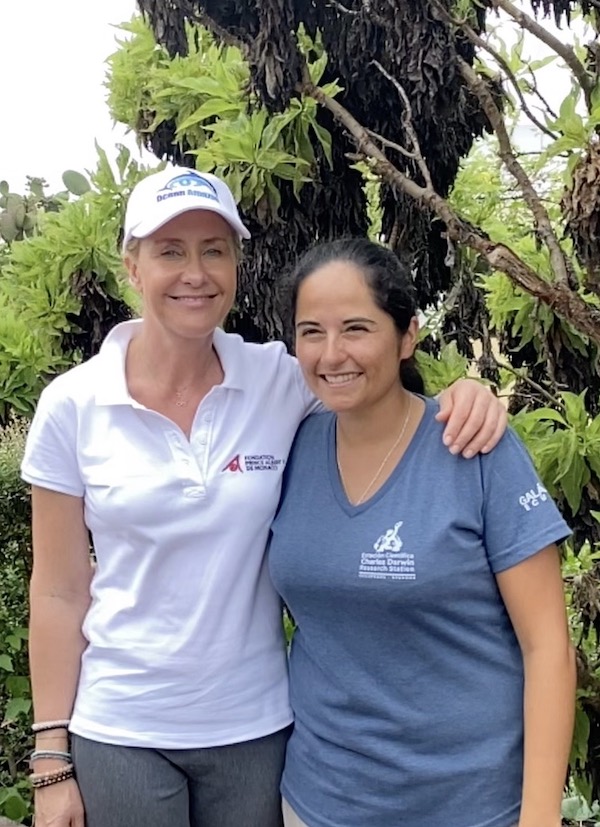 I learned of the challenges experienced by the marine turtles due to the ever-increasing number of speed boats here that are responsible for most of their deaths. The two foundations have jointly created a program to track and study the behaviour of the turtles in order to limit the boat speeds and their course in specified areas. One more year of data is needed in order to establish a model which can then be implemented. Macarena’s eyes were lighting up as she was giving me all these details about the turtles behaviour. 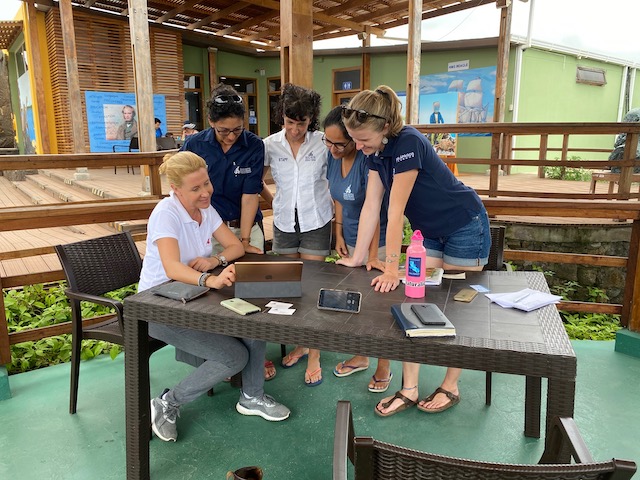 It was then my turn to talk about my Ocean Amazon project, how I’m counting the days before meeting my SEAsters and boarding the eXXpedition boat, and how we are also contributing as “citizen scientists” to a better understanding of the plastic problem on the environment. The connection was real and words were flowing.

The day went by so quickly, far too quickly. Stay tuned, I’ll be bringing you more adventures tomorrow!

Feeding the elderly and vulnerable

Monaco’s ‘meals on wheels’ programme for seniors and the frail is a perfect example of how the community is coming together to help those most in need.

Local News Staff Writer - November 14, 2016
The BHS scandal engulfing long-time Monaco resident Lady Tina Green and her husband Sir Philip, is showing no signs of going away. The man who paid just one pound to buy the ailing but iconic UK high street chain from the Greens, Dominic Chappell, has been arrested on alleged tax offences. In addition to the tax authorities, the UK’s pension regulator is weighing taking action against both Chappell and Sir Philip over the 571 million pounds hole in the chain’s pensions pot, which has 20,000 members. Sir Philip has previously said he will "sort" the pensions gap. The stores closed earlier this year with the loss of 11,000 jobs. 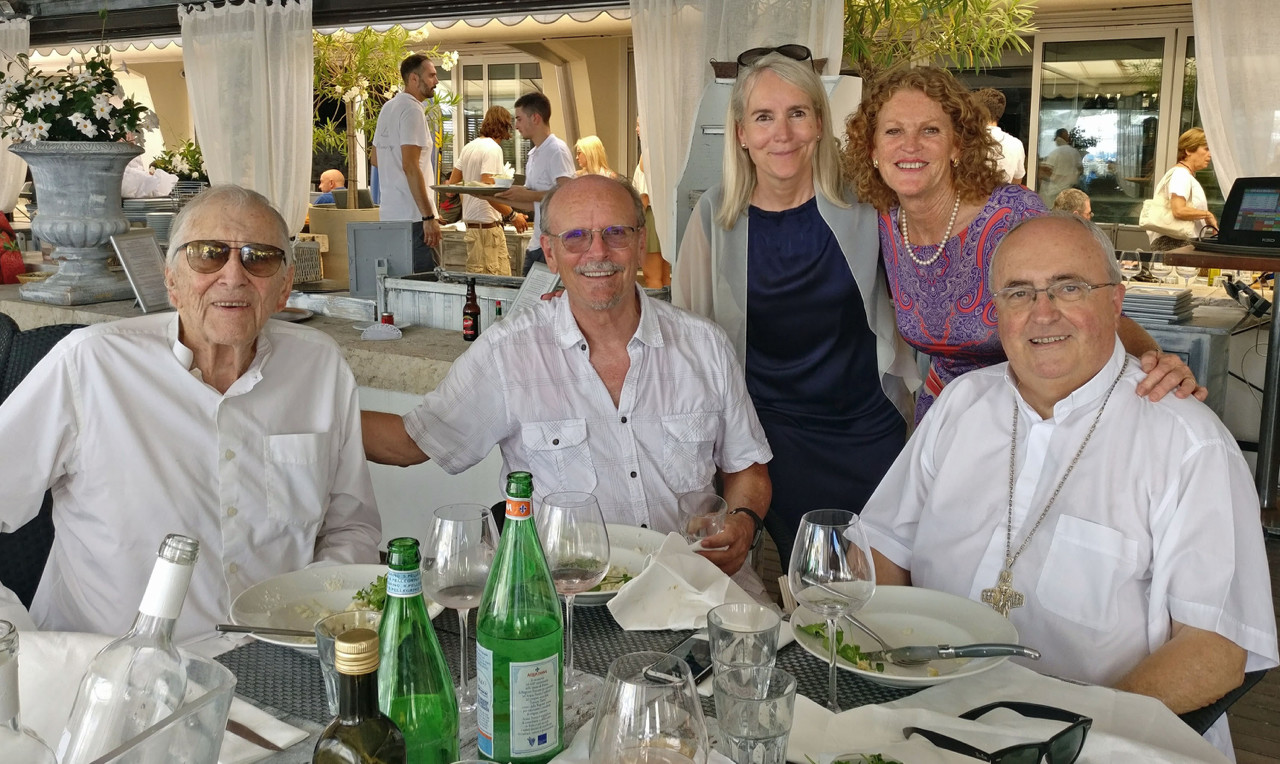 Father Walter (centre) with Archbishop Bernard Barsi (right) and friends.[/caption] Father Walter Raymond, who took over as chaplain at St Paul’s Anglican Church in Monaco in 2008, will celebrate his last service on Sunday, July 2. He will return to Canada the next day where he will retire from full-time ministry as an Anglican priest. Born and raised in Sacramento, California, he moved to Canada with friends after college, where among other things, he could avoid being drafted to fight in the Vietnam War. “Like a lot of my contemporaries I didn’t agree with the war so I made a home for myself in Canada. I fell in love with the country as soon as I arrived. The people and opportunities were great and, in retrospect, I consider myself very fortunate to have found my way to Canada at such a young age.” Father Walter, said that eventually he went looking for a spiritual home as well and found this in the Anglican Church of Canada. “To cut a long story short,” he explained “I was ordained in 1992, served in a parish and as a school chaplain.” In 1999, he was appointed Dean of Quebec and he now holds the title of Dean Emeritus. As a priest in Canada, Walter Raymond became a member of the Anglican religious community the Oratory of the Good Shepherd (OGS). “It’s what we call a dispersed community and was founded in Cambridge in 1913. Simply put, it’s a worldwide group of Anglican men, mainly priests, who share a common Rule of Life and pray for each other daily, as well as meeting regularly, usually on a regional basis. It’s a source of spiritual support and a great network of colleagues and friends.” When he saw the position in Monaco advertised online, he decided the time might be right to make a move, after nine years serving as the Dean of Quebec. “I applied, was interviewed and eventually selected. I was attracted by the new challenge, the idea of working in another bilingual environment ... and by the weather. After 40 Canadian winters, I was more than ready to settle and live on the Riviera.” At the beginning of his ministry at St Paul’s, Father Walter shared, “Let me say first that I’m in for the long-haul. I want the church to develop as an active spiritual and social centre for local residents and that includes the younger people.” Ten years on: mission accomplished. Father Walter, along with his loyal canine companion Sparky, has deeply imprinted his faith and boundless outreach on the community in Monaco and beyond, and been a keen supporter of many local associations, such as the Canadian Club and British Association of Monaco. BAM’s last Friday Friendship Club of the season was dedicated to a farewell tea party for Father Walter at which he was presented with memorabilia from the AS Monaco FC shop – Father Walter has held season tickets for AS Monaco for 10 seasons. While in Monaco, Father Walter has worked hard to support many different charities, from refugee relief (iConnect Monaco) to logging in the kilometres on the annual No Finish Line track. Over the past year, he has worked on the Saint Paul’s Library Lift Appeal to provide easier access to the St Paul’s Church Library, which is used by many different groups of people; and he hopes to return to Monaco in November 2017 to celebrate the completion of the new Library Lift. I have known Father Walter for nearly ten years, although during most of that time we had an “online relationship”, as I was Editor-in-Chief of Riviera Reporter magazine, where Monaco content was limited in coverage. It was only when I started to work for Monaco Life that I kept bumping into Father Walter at various events – next to Prince Albert at the St Paul’s Lift Campaign reception, at the exclusive Amber Lounge Formula One Fashion Show, next to a Canadian Mountie on Canada Day at the Fairmont Hotel, or at the American Club’s annual Thanksgiving lunch at the Hotel Hermitage. Humble, jovial and a gifted conversationalist, Father Walter has always been one of my favourite local figures. I am not alone. 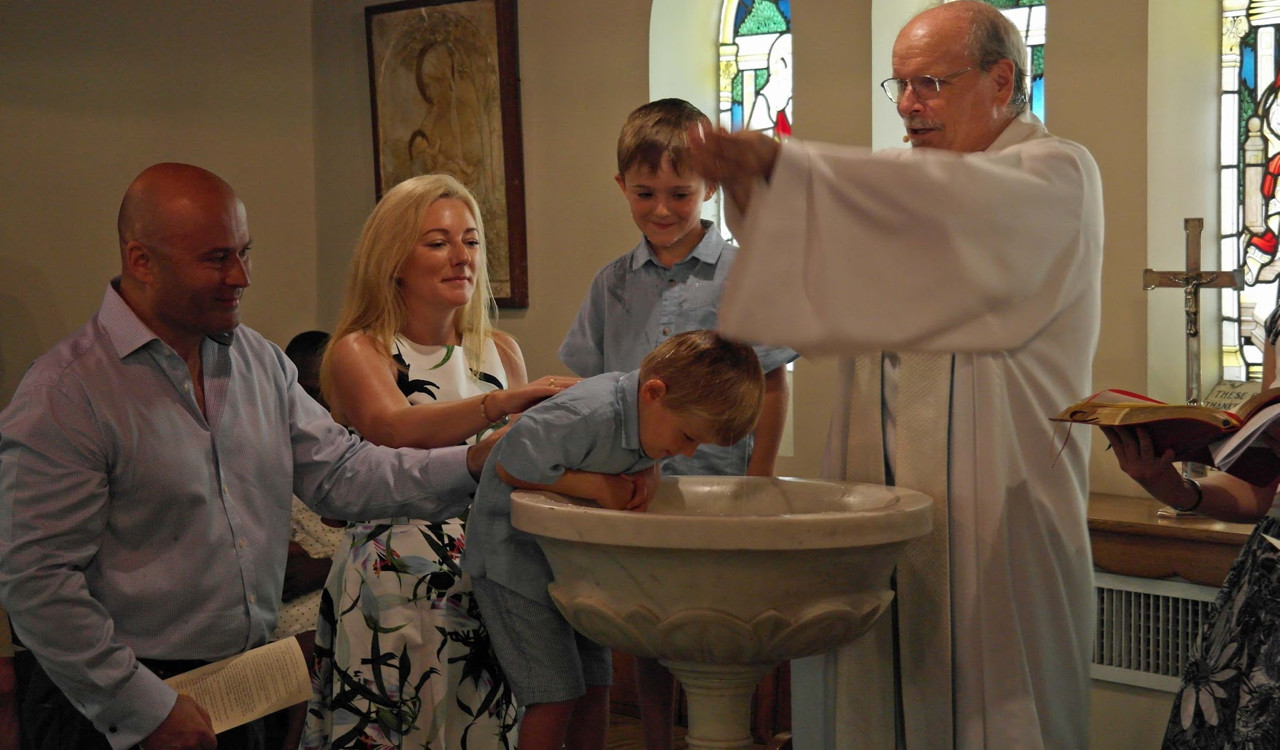 At a farewell service last Sunday, June 25, St Paul's Church was overflowing with members of the chaplaincy community and many friends to celebrate his retirement. The service featured the baptism of two boys, Rex and Dylan Griffiths and this, in Father Walter’s opinion, was “a great way to bring a close to 10 years of ministry at Saint Paul's”. Archbishop Bernard Barsi of Monaco honoured Father Walter with the bronze medallion of the Archdiocese of Monaco “in recognition of his contribution to building good ecumenical relations in the Principality”. At the end of the service, Joanne Keable presented Father Walter with funds she had collected to cover the cost of Sparky’s airfare to Canada and to purchase a winter coat for the dog. The service was followed by lunch at Miami Plage restaurant on Larvotto Beach. At the conclusion of which, Warden Tim Humphreys surprised Father Walter with a purse collected in his honour of nearly €4,000, which he was of course delighted to receive, reporting that he would “put this gift to good use towards the purchase of the first new car he's ever owned on his return to Canada”. 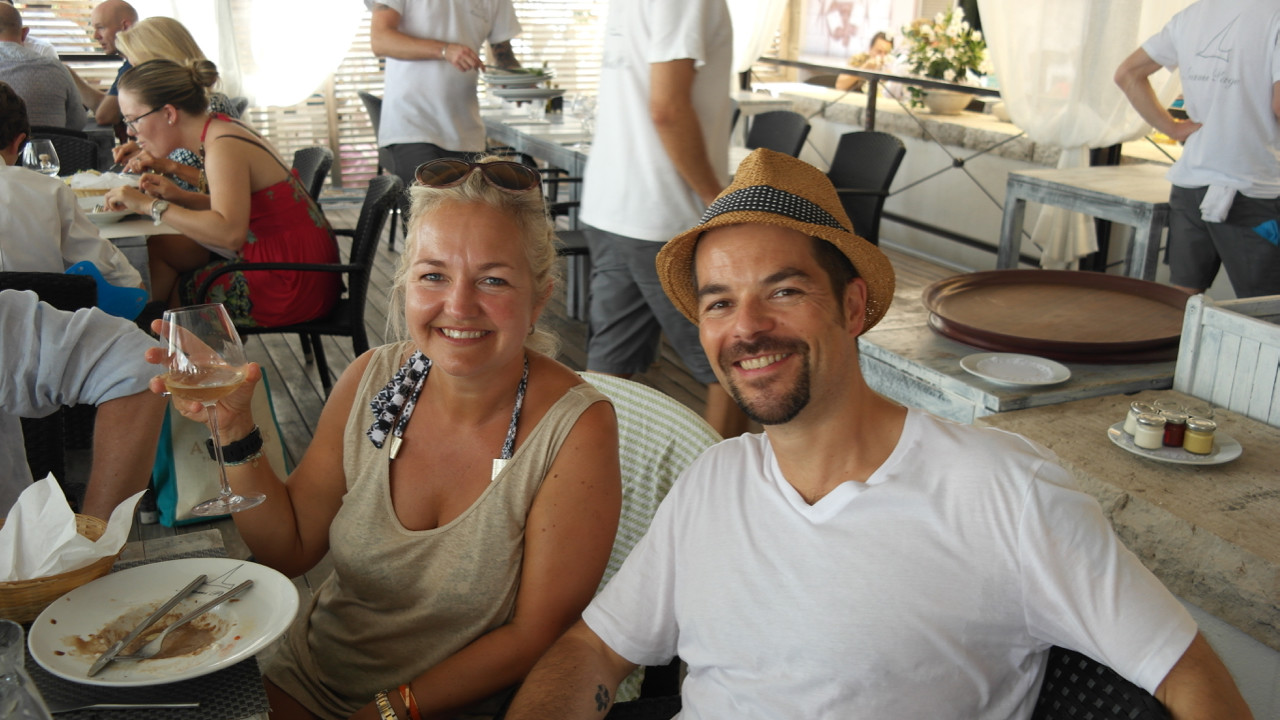 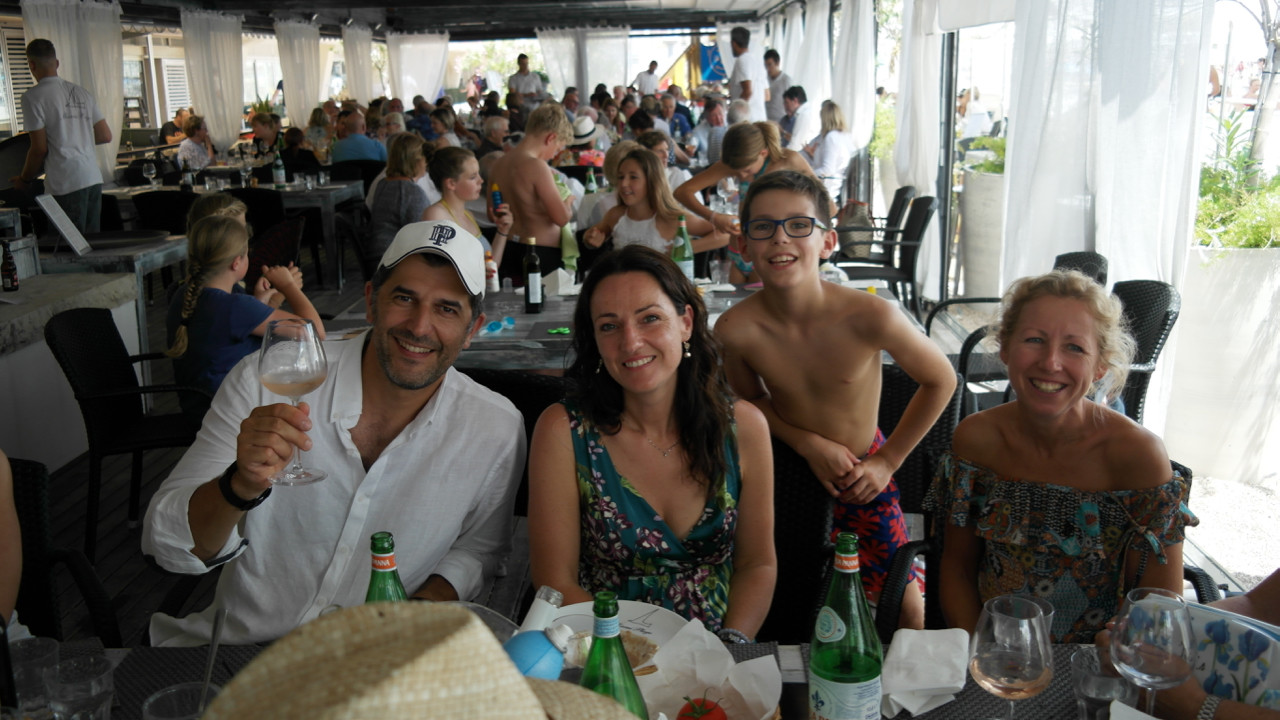 Father Dan Langdon-Griffiths, a frequent guest minister at St Paul’s Monte Carlo in recent years, will serve a long-term interregnum at the Anglican church beginning in August, following the retirement of Father Walter Raymond. While Sunday was a day full of emotions and festivities, it served as a reminder of the strengths of friendship and community that make St Paul's Monaco such an active and unique church, something Father Walter Raymond sees as one the church’s great strengths. Fortunately, he’ll never be far from our thoughts anytime we need a lift. 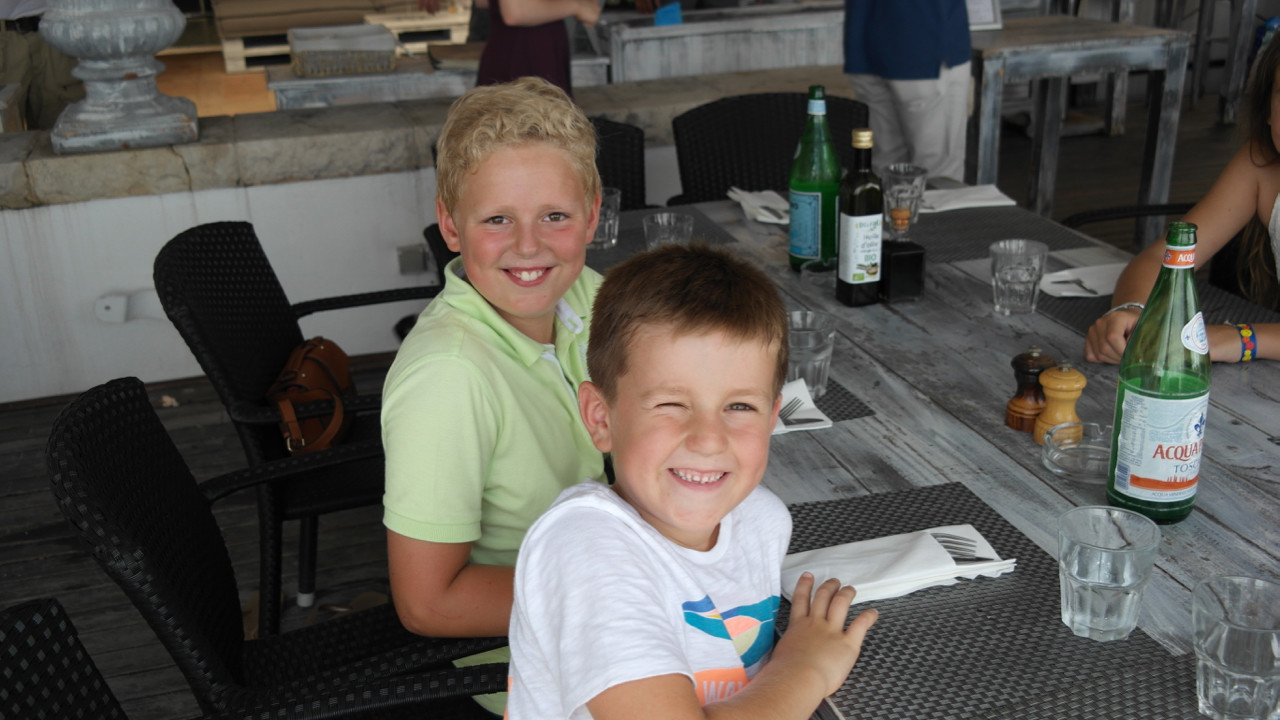 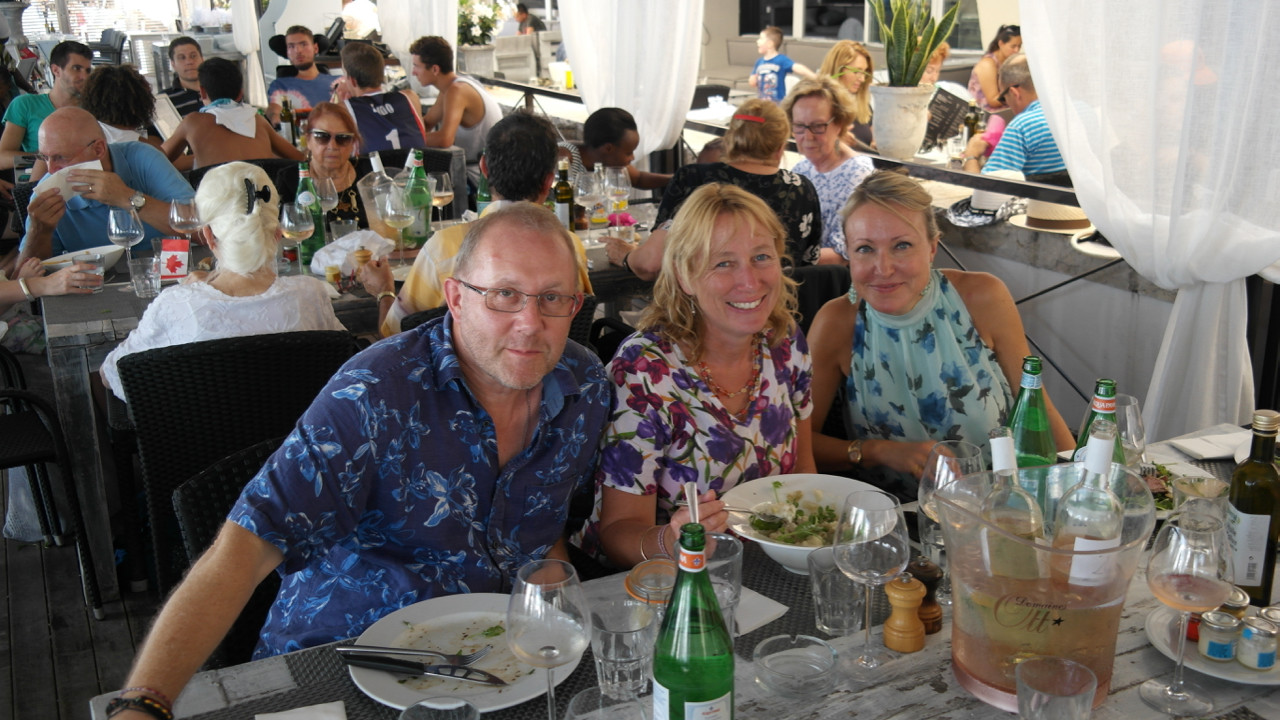 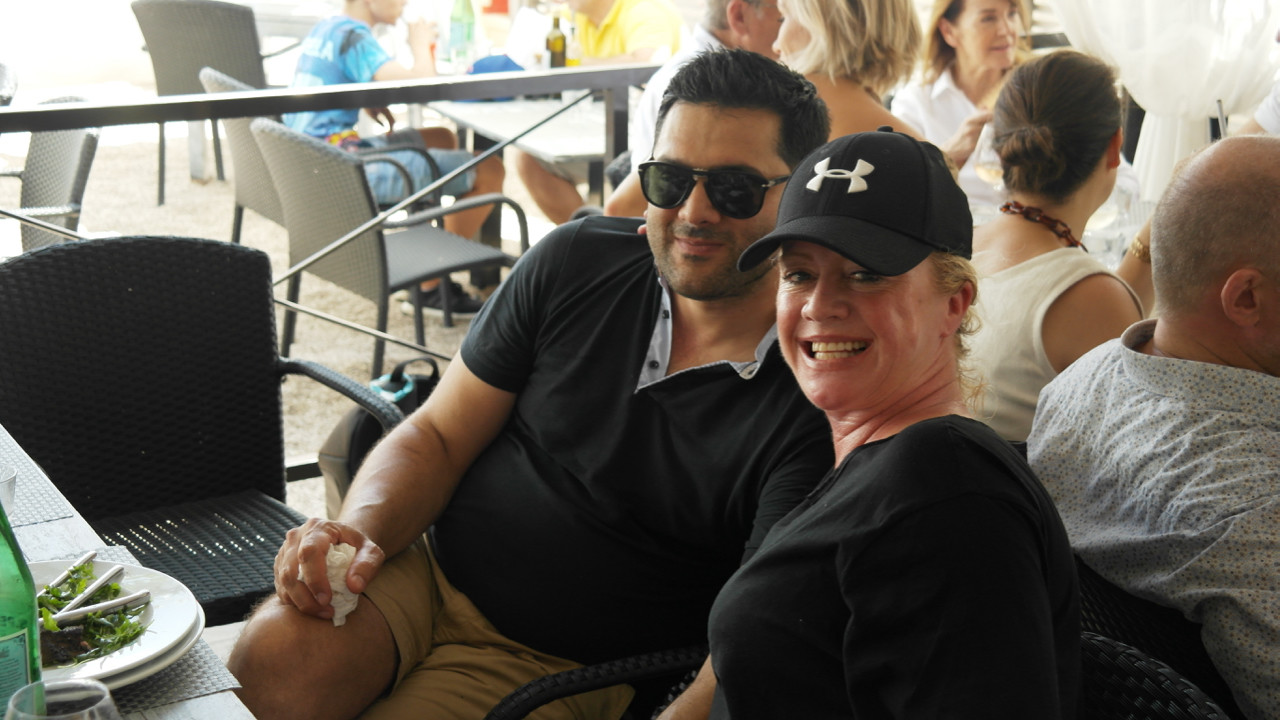