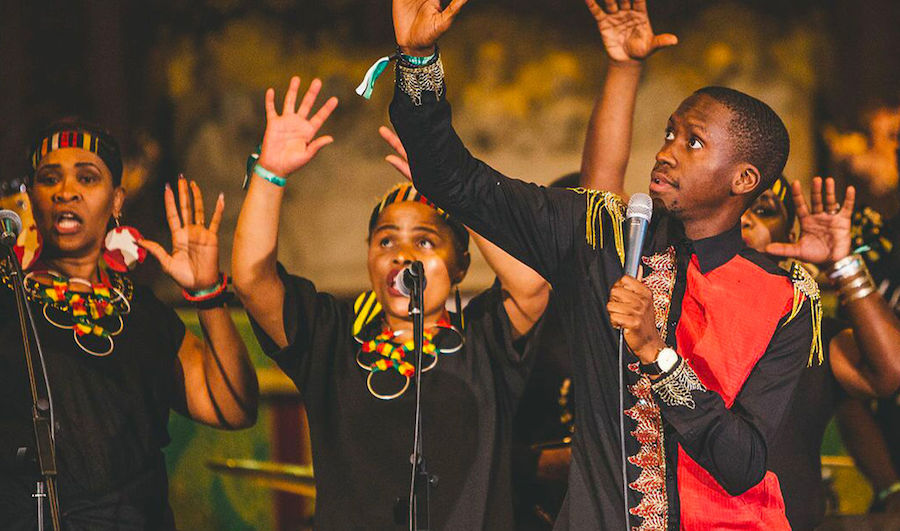 The Monte-Carlo Jazz Festival is ending on a high note with the London African Gospel Choir, who will be doing their own rendition of Paul Simon’s now-classic and still-controversial 1986 album Graceland.

The choir will be performing on Sunday 1st December at the Salle Garnier of the Opera Monte-Carlo blending its eclectic mix of styles into a solid show sure to get the whole audience up on their feet.

Members of the choir, formed in 2002 by Crystal Kassi and based in southeast London, come from places as diverse as South Africa, Uganda, Guadeloupe, Ivory Coast, Ghana, Zaire, Zimbabwe, Congo and Jamaica and with a variety of different backgrounds. Caribbean, South African and Ugandan influences are felt in the music, though it is more definitely gospel at its roots.

In 2016, the choir was invited to perform at a celebration of the 30th anniversary of the release of the scandalous album Graceland, and this performance put them on the map as one of the most varied vocal and musical ensembles in the world of gospel.

When Graceland was released in the mid-80’s it was a massive departure from anything Paul Simon had done previously, though his fascination with world music had become apparent in the 1970’s when few other western artists were experimenting with this music.

He recorded the entire album in South Africa with South African musicians, which many believed at the time was breaking the UN-sanctioned boycott on the country which was still under apartheid rule. Simon argued that he wasn’t performing there, simply working with local artists whom he’d otherwise not have access to.

The controversary escalated, culminating in a rebellious concert tour with South Africa’s greatest black musicians of the era alongside Simon with outraged anti-apartheid activists on the other side.

To hear the music, to find out what all the fuss was about, and get an evening of great fun, head to the Salle Garnier Sunday at 5pm for the London African Gospel Choir. Jackets required for men, proper attire for ladies.