Loss of license if driving on phone in France

Loss of license if driving on phone in France 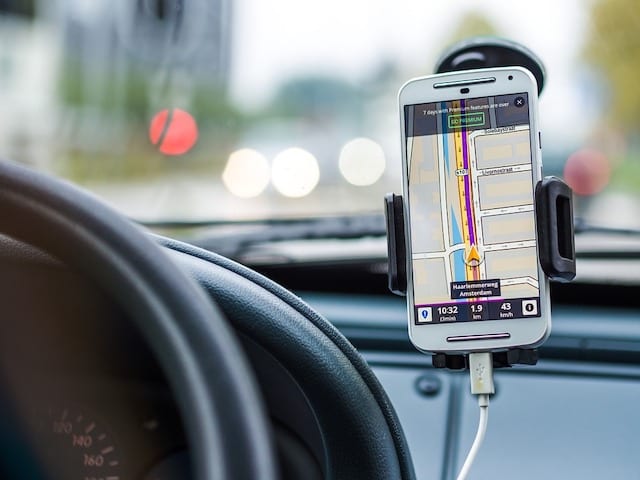 A new law a long time coming has been passed in France slapping drivers with a fine, points taken and loss of license for up to six months if caught using mobile phones whilst driving.
Drivers in France are now facing stiff penalties for using a mobile phone on the road. “Using” a phone includes holding it in your hand, looking at it in a way that takes attention away from driving, touching the buttons or screen, or engaging with the device in any way. Needless to say, talking and texting are big no-nos. Additionally, talking whilst using headphones, which was once permissible, no longer is, though hands-free systems connected directly to one’s vehicle are allowed.
The rules apply to anyone caught using their phones whilst committing another infraction, such as speeding, running a red light or refusing to give way, and already came with a hefty €135 fine and three points on the license. Law makers have decided to add revocation of the driver’s permit for up to six months in the hope this will further discourage drivers from practicing the unsafe habit.
Anne Lavaud, general manager at APR, told France Info that, “This is going to make drivers realise that if they had not had their phone [in their hand], they would never have run the red light.”
A poll taken last summer revealed that 37% of French drivers admit to having used phones when on the road at some point. Some even admitted to using their phones more when driving. The percentage of phone-using drivers jumps to 60% in the under 35 segment. 43% of all drivers polled say they keep their mobiles on the seat next to them, and 15% keep them on their laps.
According to La Sécurité Routière, the road safety agency, one in 10 road accidents in France are linked to unsafe mobile phone usage.
Using a mobile when driving is not permissible in Monaco unless using a hands-free kit. The fines in the Principality are in line with French rules, though the new French law has not been adopted.