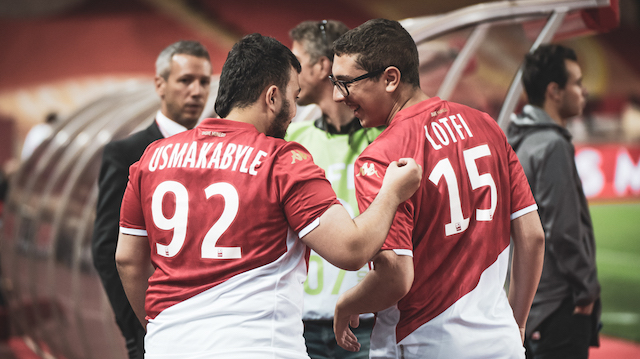 The two Pro Evolution Soccer (PES) stars from Monaco have been unbeaten throughout the qualifying rounds and have landed themselves spots in the final stages of the eEuro 2020.
AS Monaco Esports players Lotfi and Usmakabyle have crushed their competition playing for Les Bleus throughout the series. Only two weeks ago, they had a five for five winning streak, followed by a similar scenario playing out on Wednesday. They handily beat out Belgium (8-4), Cyprus (6-0) Czech Republic (7-0), Armenia (9-3) and Croatia (8-2) putting the French eFoot Team firmly in the finals.
The team scored a whopping 74 goals in ten matches and are said to have the best attack in the competition.
They will be up against other tough competitors including Serbia, Romania, Bosnia and Herzegovina, Greece, Israel, Luxembourg, Germany, Italy, and the Netherlands. Six other countries will be added to this list after their play-offs are held.
The eEuro 2020 Tournament has been hosted by UEFA and operated by ESL Gaming. The video game competition is conducted using eFootball Pro Evolution Soccer 2020 (PES 2020) for Play Station 4.
All players must be nationals for the country they wish to play for and be 16 years or older to compete. They adhere to strict rules of conduct and tolerate no violence, abusive language or rudeness.
There were ten total number of groups that played consisting of five groups of five national teams and five groups of six national teams. Every national team is made up of two to four players and every player must play at least one match during the tournament.