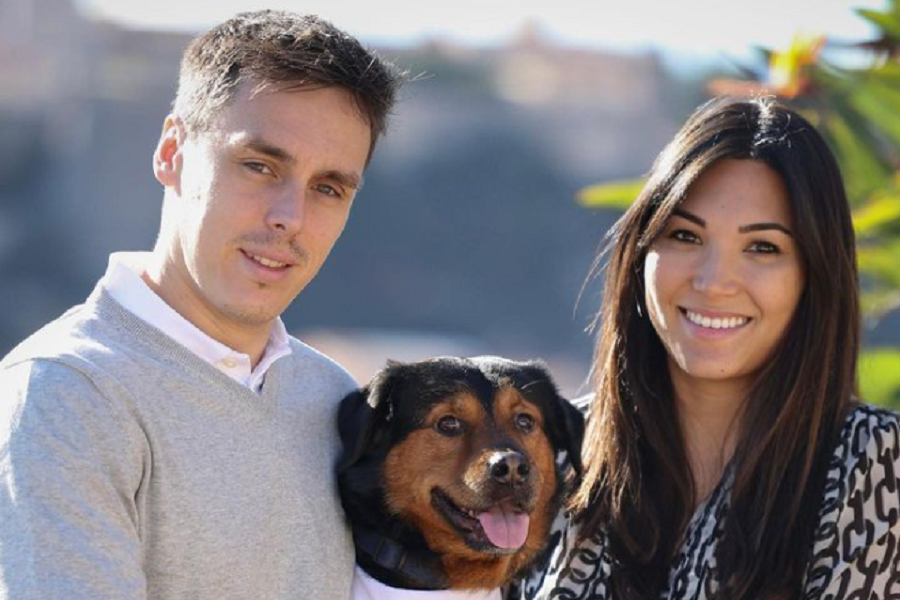 The Grimaldi family tree is growing! Louis Ducruet, the son of Princess Stéphanie, and his young wife Marie have shared the news that they are expecting a baby sometime in 2023.

After photographs were released of 29-year-old Marie looking noticeably pregnant during Monaco’s National Day on 19th November, the happy couple have announced via Instagram that they are expecting their first child together.

“An adventure is about to begin,” they captioned a joint post that featured a smiling photograph of the pair alongside their beloved dog, Pancake, who wore a doggy ensemble emblazoned with the words “Soon To Be Big Brother”.

The young couple wed in 2019 after a courtship of several years that began with a chance meeting in a Cannes nightclub. Both work in the Principality; Louis is the president of the Monaco Sports Federation while Marie heads up Société des Bains de Mer’s Marketing Events and Protocol department.

They are already devoted “parents” to their dog, going so far as to call themselves “Mum and Dad” in their frequent postings of the handsome hound on Instagram.

Louis, who will turn 30 on 26th November, is the firstborn child of Princess Stéphanie of Monaco — Prince Albert II’s younger sister and the third child born to Prince Rainier III and Princess Grace — and Daniel Ducruet, Princess Stéphanie’s first husband. Louis is currently 15th in the Monegasque line of succession. His and Marie’s baby will be the third great-grandchild born of the historic marriage between Prince Rainier and former Hollywood actress Grace Kelly.