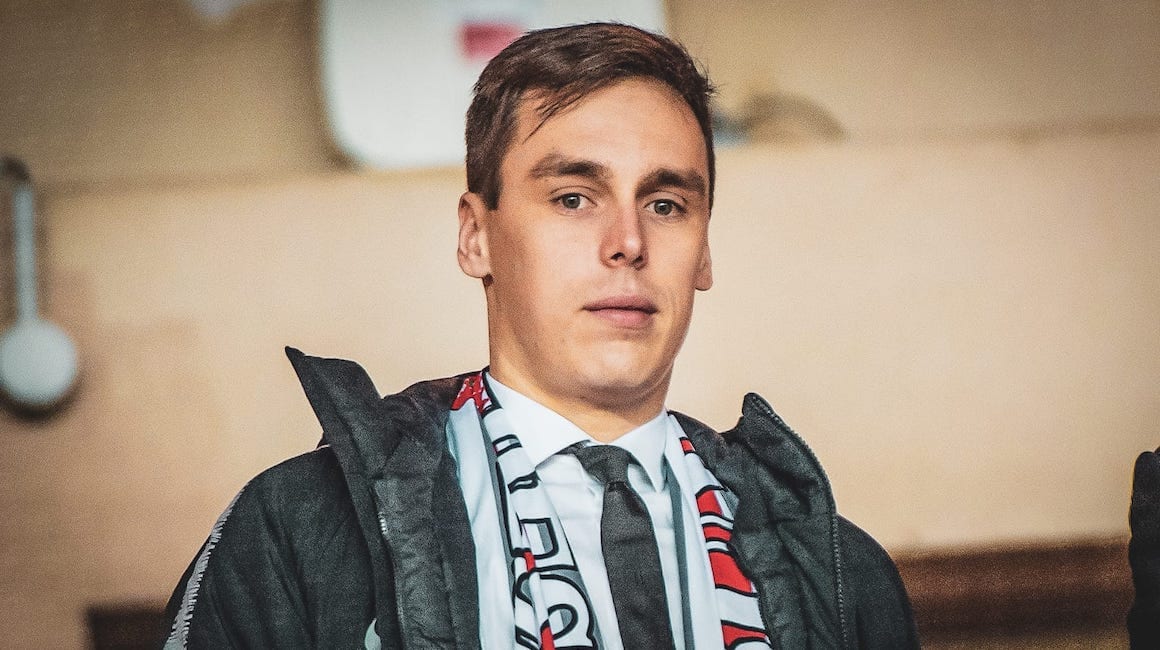 After five years with AS Monaco, Louis Ducruet has decided to leave the club to pursue other endeavours.
Louis Ducruet, the son of Princess Stephanie and Daniel Ducruet, has officially resigned from AS Monaco on 23rd July, according to a statement released by the club on their website. He has held various posts with the club during his five year tenure including sales, recruitment and, finally, assistant to the Vice-President and CEO Oleg Petrov.
On Ducruet’s Instagram page, he says that, “It’s time for a new adventure, a new challenge, which will allow me to acquire more experience.” He goes on to thank the club and supporters and recalls, “unforgettable moments, the exceptional journey in the Champions’ league but also the title of Champion of France in 2017.”
Eurosport reported last week that Ducruet may be taking on a post with the company that manages the clubs of Olympiakos Piraeus, in Greece, and Nottingham Forest in England.
Though it is not completely clear yet where these greener pastures will take the 27-year-old, it is fairly certain he will not break entirely with the Monaco sports scene. He was made President of the Monaco eSports Federation last October, after former President and founder Boris Fedoroff stepped down.