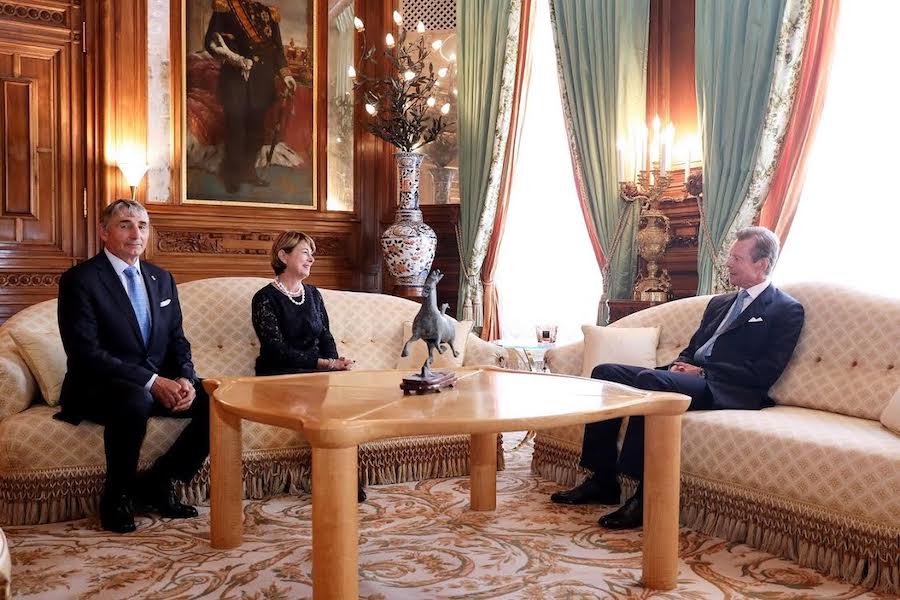 Isabelle Berro-Amadeï has been named and accepted as the new Ambassador to the Grand Duchy of Luxembourg.

In a ceremony held on 19th June at the Palais Grand-Ducal, the Grand Duke of Luxembourg welcomed Isabelle Berro-Amadeï, accompanied by her husband Bernard Amedeï, as the new Ambassador to his country.

After delivering her credentials of accreditation, she was officially sworn in by the Grand Duke, who then invited the Ambassador and her husband to spend time with him in a private interview. During the meeting, the Grand Duke made particular note of the excellent relationship between Luxembourg and Monaco.

They also spoke of the after-effects of the health crisis on their respective nations, Monaco’s negotiations with the European Union, environmental protection controls and measures taken in the fight against global warming and climate change.

For her part, the Ambassador thanked the Grand Duke for his government’s help during the confinement with regard to the delivery of protective face masks and discussed the benefits of the data centre based in Luxembourg which should allow sensitive data from the Principality to be safeguarded from cyber-attack or natural disaster.

Finally, the two representatives of their countries made a commitment to continue their strong alliance and good relationship in the coming years.