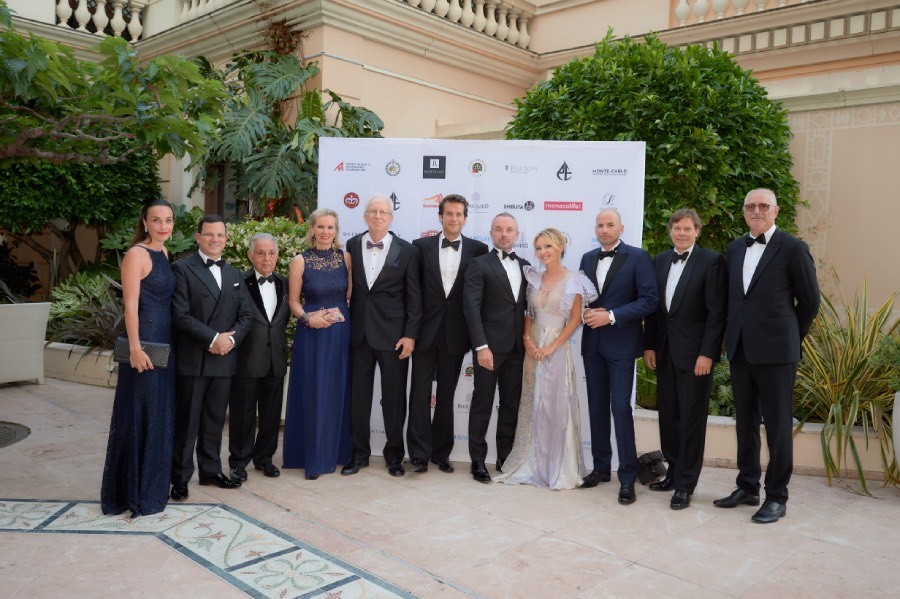 Restaurateur Riccardo Giraudi has been honoured for his exceptional career in hospitality at the annual Monaco Ambassadors Club gala.

The event, presented by MAC president Christian Moore, was held at the Salle Belle Epoque of the Hotel Hermitage of Monaco on Tuesday 4th June. The distinction was awarded by Monaco’s Minister of State Serge Telle, in the presence of Her Majesty Farah Pahlavi and around 200 club members and selected guests.

Riccardo Giraudi is the ultimate success story. Born into a thriving meat import/export business, Riccardo took the family enterprise to whole other level. It now knows success not only as a European leader in trading meat, but as a growing empire of restaurants and lifestyle products.

The company employs 340 people in the Principality, and more than 700 globally.

Riccardo’s first restaurant was the Beefbar in Monaco, and it now exists in eight locations across the globe including Hong Kong, where he gained his first Michelin star. Beefbar is set to open in another six locations including Malta and Riyad.

His other franchises have also known great success: the fast casual concept Grubers, which can be found in four cities, and the Beeftro bistro in Luxembourg and soon Cannes.

He has also been asked to create hospitality concepts for leading casinos and hotels and has even created a concept associating famous Pantone colour tones with food.