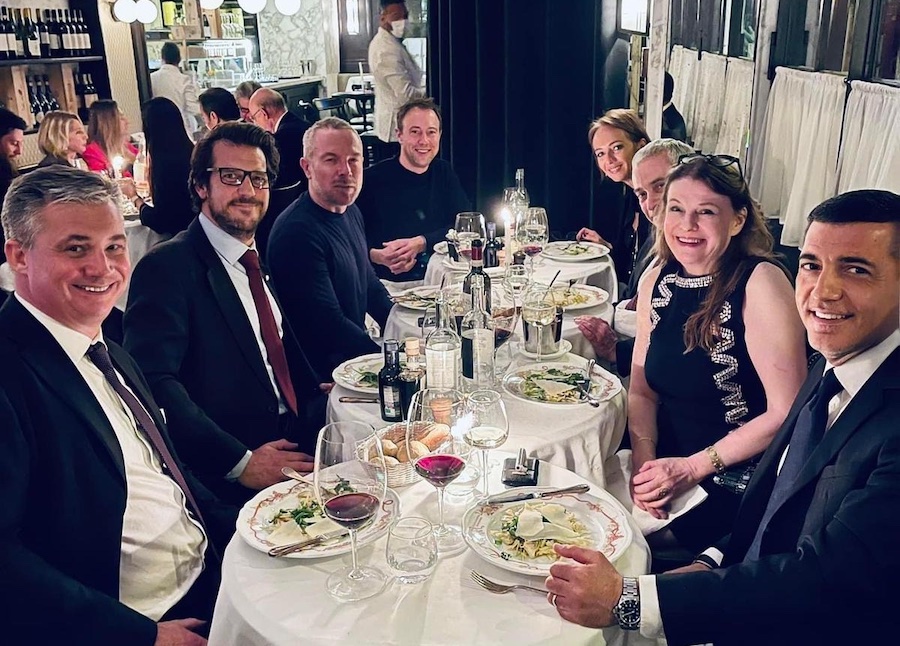 The Monaco Ambassador’s Club gathered this week at Cantinetta Antinori for the launch of the 2022 season, and put out a call for new members to join an exciting year of events.

It was a packed house on Monday 31st January as Riccardo Giraudi, Board Member of the Monaco Ambassador Club (MAC), welcomed around 50 members to his restaurant for the evening, including French Ambassador Laurent Stefanini.

It was the first opportunity of the year for members to come together and socialise, while hearing of the plans that the club has for the year ahead.

After two years heavily impacted by the Covid-19 pandemic, the club was happy to announce that a number of events are on schedule to go ahead this year. They include the General Assembly at Mozza, an exclusive pre-launch to SBM’s new and upcoming Michelin star restaurants, the Goodwill Ambassador’s Award Gala, the Summer Party at La Vigie, Evening Cocktail at the Wine Palace, a MAC Variety Surprise entertainment evening, Thanksgiving at Michelangelo, and the Christmas Gala.

“Emphasis will be placed on the Club’s mission to promote the Principality through support for health, the environment, the economy, business, art, culture, and trade,” he said. “Therefore, it will be an opportunity to express oneself more widely and benefit from a cooperative exchange. Your ideas for any action are welcome.”

The Monaco Ambassador’s Club was established in 1973 at the encouragement of Princess Grace and its Honorary President is the Sovereign, Prince Albert II. For nearly five decades, the club has brought together people who wish to actively promote the Principality of Monaco’s international reputation.