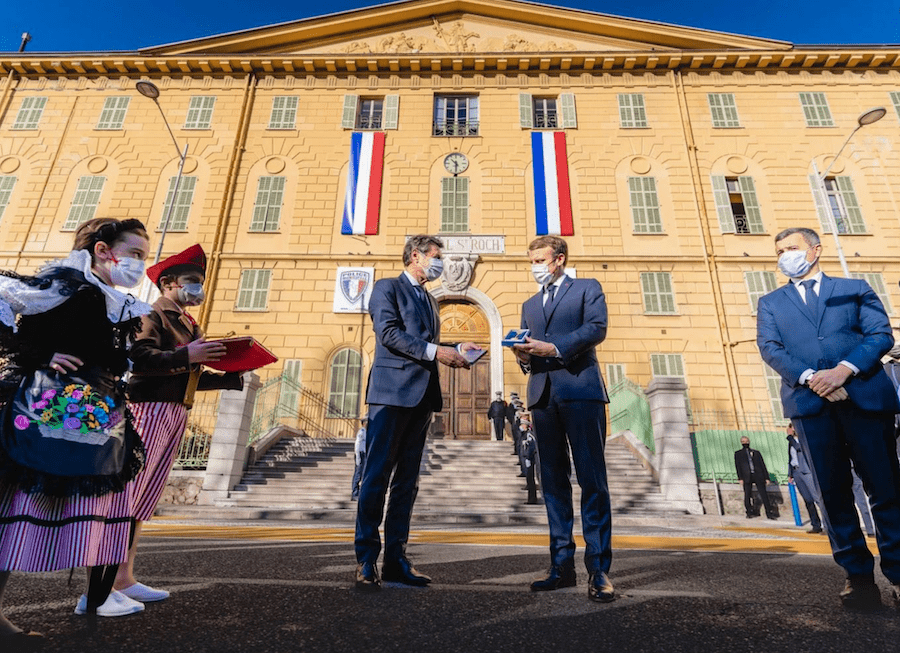 French President Emmanuel Macron has come to Nice to officially set the ball in motion for an ambitious new police station, which will cost €200 million to complete and accommodate 2,000 municipal and national officers.

The site of the new compound will be in the city centre where the old Saint Roch hospital once lived and will be open for business at the end of 2025.

The French President’s visit to France’s fifth largest city saw him joined by Mayor Christian Estrosi, who has been fighting for the realisation of the new station for 12 years. He began lobbying for the station house in 2009. The government of François Hollande refused but in 2020, Prime Minister Jean Castex announced that significant state funding would be made available for the mammoth undertaking.

The police station will receive €172 million in government recovery plan funds, and the rest will include €10 million from the PACA region and €5 million from the Alpes-Maritimes department.

“This is the biggest real estate operation carried out by the State in the area of ​​internal security for a long time,” said Mayor Estrosi.

The site will be unique in that it will encompass both national and local police forces working under one roof. There will be 1,200 national agents, who are currently installed at the Marechal Foch station, and 800 municipal officers, who are at present spread across 20 sites all over the city.

The 50,000m2 building will also be the home to the border police and will provide all branches with “better information sharing and greater coordination in matters of security”, according to Estrosi, who also wishes to “improve the working conditions” of the security forces.

A state-of-the-art “urban hypervision” centre will be included in the location and will be connected to video surveillance cameras and to the emergency call terminals of the city. It will encompass a crisis, observation and command centre, and the site will compile data on safety, manage major risks, deteriorating weather conditions, keep an eye on traffic and anti-noise radars and oversee pollution checks.

During his visit, the Head of State spoke with police officers, gendarmes, magistrates, representatives of civil society, associations, and the citizens of Nice on a variety of hot-topic issues, including delinquency, police presence, victim support, the issue of femicides, penal responses, and cybercrime. He also unveiled his plans for doubling the nation’s police force in the next 10 years.