Macron vows to push ahead with pension reform

Macron vows to push ahead with pension reform 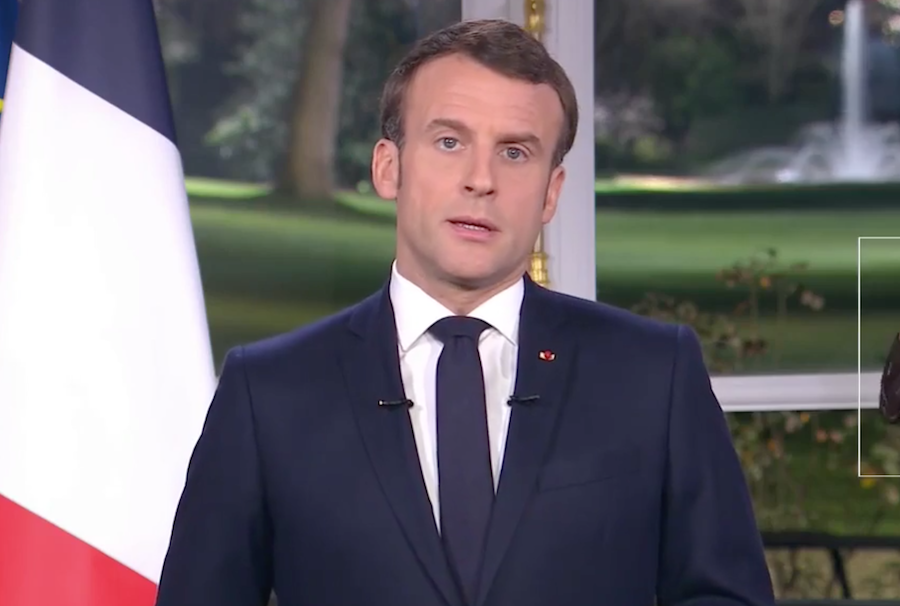 French President Emmanuel Macron pledged on Tuesday to push through an overhaul of the pension system, after weeks of nationwide strikes by trade unions.
Macron said in a traditional New Year’s Eve address he expected his government to quickly find a compromise with unions on the reform, but without departing from the principles laid out by ministers.
Unions are trying to force the former investment banker to abandon his overhaul of France’s pension system with nationwide strikes since 5th December that have crippled public transport.
“The retirement reform that I’ve committed myself to before you will be carried through because it is a project of social justice and progress,” Macron said in the prime-time televised address to the nation.
Macron wants to replace France’s current system of 42 different sector-specific pension schemes with a points-based system for all, which his government says would be fairer and more transparent.
While Macron’s government has rejected union calls to drop the reform altogether, it has offered concessions to a growing list of sectors as it seeks to defuse tensions.
“We will take into account difficult tasks so that those who do them can leave earlier,” Macron said.
Macron has so far refused to back down on plans to encourage people to work until they are 64 instead of the legal retirement age of 62, a key union demand.
Under his plans, workers would receive reduced pension rights if they retire before 64, unless they benefit from special exemptions due to their profession, like police officers or soldiers.
Far left leader Jean-Luc Melenchon said on Twitter that Macron’s words were “a declaration of war on those who reject the reform”.